The government released the Drone regulations 1.0 which will set up a digital sky platform for drones operating in Indian skies 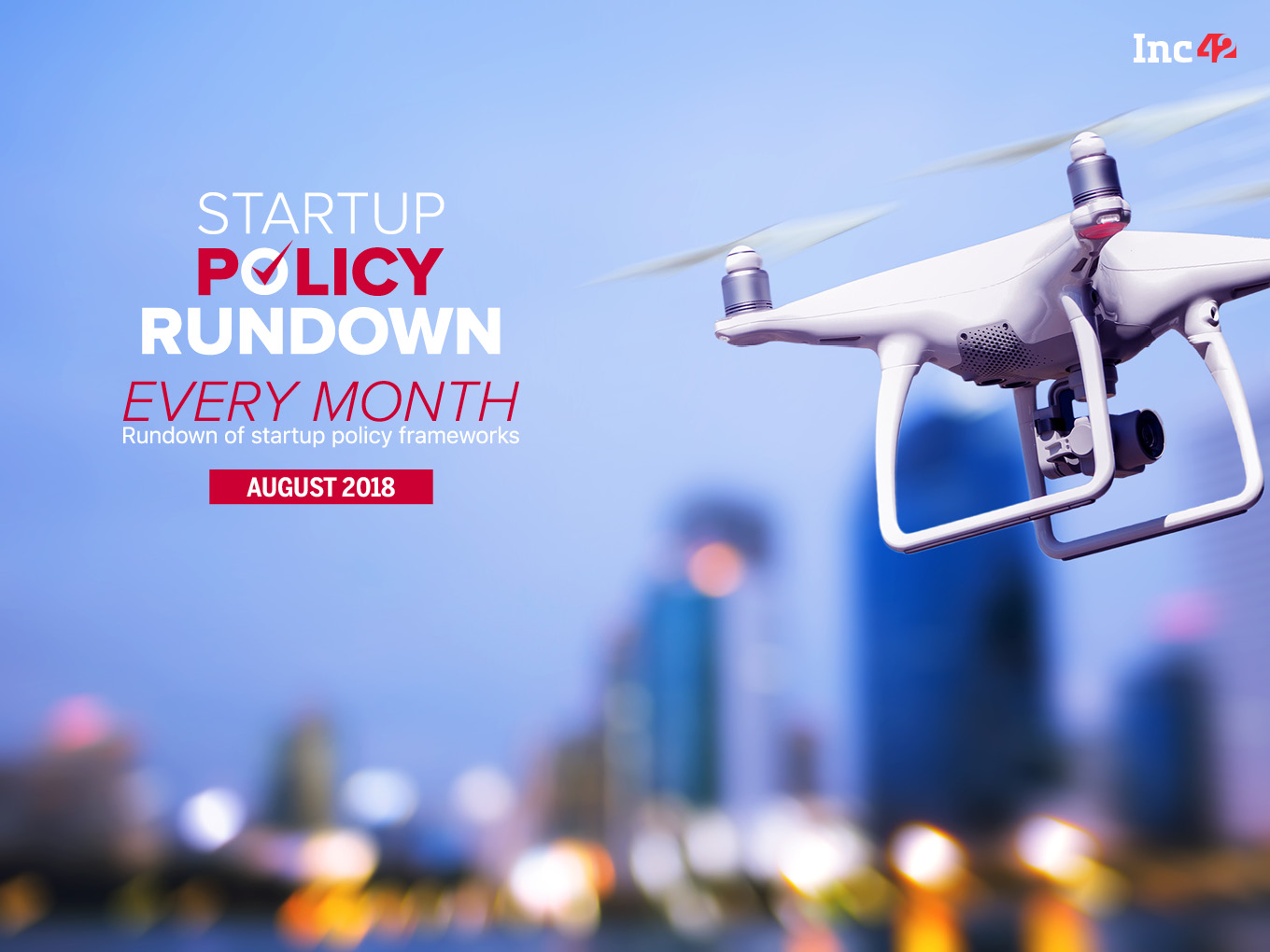 The Personal Data Protection Bill, the ecommerce and epharma policies, the Faster Adoption and Manufacturing of (Hybrid &) Electric Vehicles in India (FAME II) scheme, the Drone Regulations 1.0…the Indian government seems to have been working overtime to clear the backlog in its policy formulation lately.

The series of tech-oriented policies that are shaping up is a step in the right direction by the government. The policies are intended to boost and regulate the Indian technology startup ecosystem. However, riddled as they are with ifs and buts, we will get to see their real ramifications on the ecosystem only in due time.

The Small Industries Development Bank of India (SIDBI), the bank responsible for disbursal of the Fund of Funds to AIFs (Alternative Investment Funds) for startup funding has claimed to have disbursed $28 Mn (INR 201.20 Cr) to AIFs, resulting in a multiplier investment of $185 Mn (INR 1330 Cr) in 216 companies by these AIFs.

With its sole aim to help DIPP-recognised startups in terms of funding, the Fund of Funds for Startups (FFS) was officially unveiled on January 16, 2016. Interestingly, till July 25, even two-and-a-half years after the unveiling of the FFS, only 128 startups were funded. Check out the details of the fundings in this Inc42 article.

How is it possible that within 45 days of July 25, 87 more startups have been successfully funded under the FFS?

Inc42 spoke to the officials of the DIPP, Invest India, as well as SIDBI. However, all the officials contacted almost refused to speak on the matter.

SIDBI in a tweet had said that the FFS funding has been disbursed to startups as well as new-age tech companies. A SIDBI official told Inc42 that the 216 companies could be a sum total of startups as well as MSMEs. However, speaking to Inc42, a DIPP secretary, on condition of anonymity, said, “The FFS is only for startups, hence the funding cannot be used to fund MSMEs.”

An email further sent to the DIPP seeking the details of all the 216 companies had not elicited any response till the time of publishing this policy rundown.

Moving on, 19 of India’s 29 states have already launched their own startup policies. While Jammu and Kashmir is the latest state to approve a startup policy of its own, Gujarat is likely to come up with a comprehensive startup policy by the year-end.

However, amid mixed reactions from ecommerce companies in India, which are largely driven by foreign investors, Suresh Prabhu, minister of commerce and industry, has now set up a new interdisciplinary panel to look into the feedback and comments made by ecommerce stakeholders on the draft.

In a landmark development, the ministry of civil aviation released Drone Regulations 1.0 that paves way for the legitimacy of commercial drones in India. According to the Drone Regulations 1.0, the Digital Sky Platform will be the first-of-its-kind national unmanned traffic management (UTM) platform that implements a “no permission, no takeoff” (NPNT) rule. Users will be required to do a one-time registration of their drones, pilots, and owners.

Drone operations in India will thus be enabled through the Digital Sky Platform. There will be different colour zones visible to the applicant while applying on the Digital Sky Platform — Red Zone: flying not permitted, Yellow Zone (controlled airspace): permission required before flying, and Green Zone (uncontrolled airspace): automatic permission.

Except for nano drones, which don’t need permission to fly, for all other drone flights, users will be required to seek permission on a mobile app and an automated process will permit or deny the request instantly.

To prevent unauthorised flights and to ensure public safety, any drone without a digital permit will simply not be able to take off as the Digital Sky Platform matches the Unique Identification Number (UIN) of the drone. Also, the UTM will operate as a traffic regulator in the drone airspace and coordinate closely with defence and civilian air traffic controllers (ATCs) to ensure that drones remain on approved flight paths.

Exercising the powers conferred by Section 12 and Section 33 of the Drugs and Cosmetics Act, 1940, the Indian government has now released a notification, a set of new draft rules that will amend the section 67 of the Act.

As per the notification, which will be effective on or after the expiry of a period of 45 days from the release date i.e. August 28, it will be mandatory for epharma startups to store all their data locally.

According to the latest set of epharma rules: 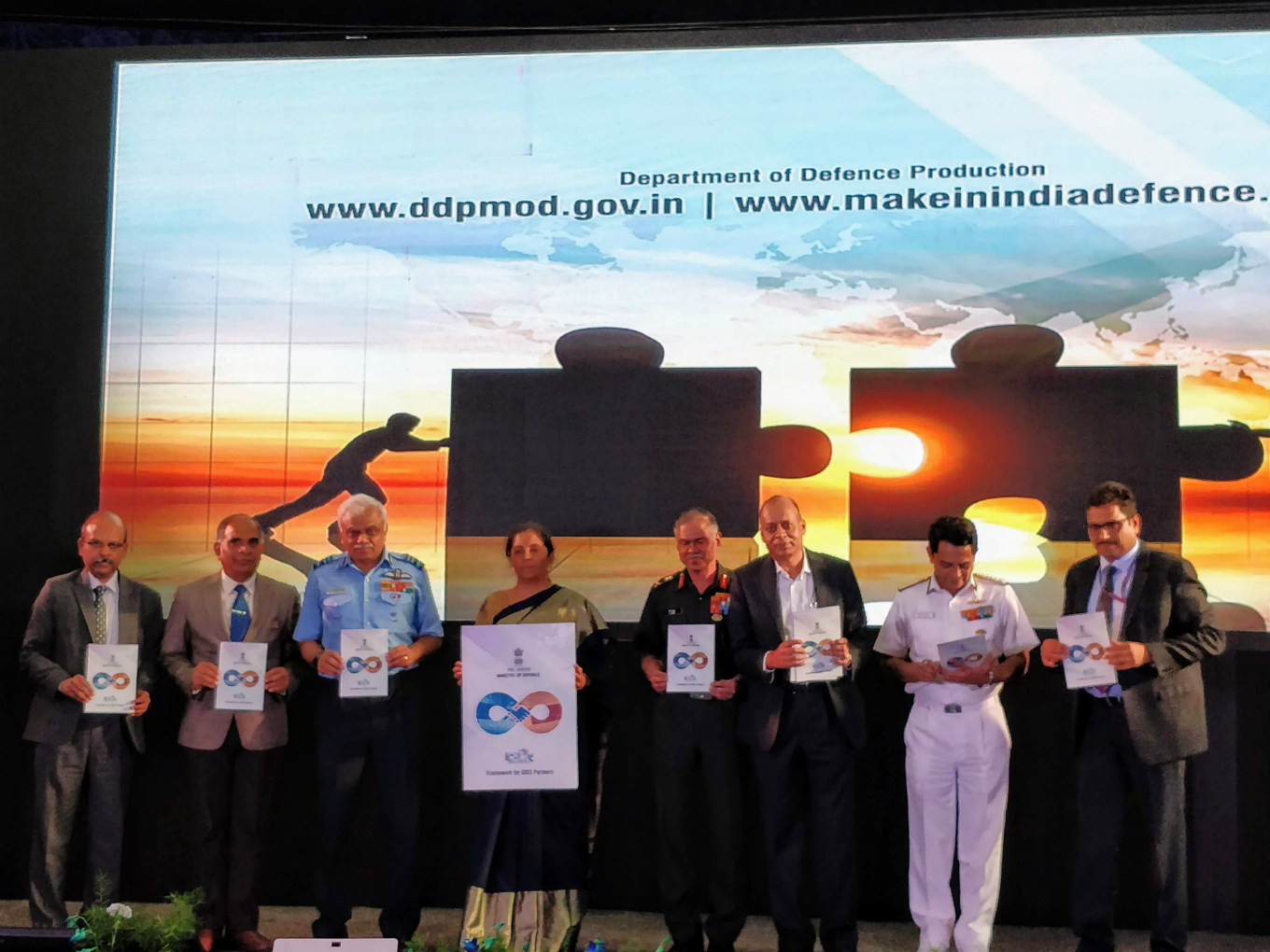 The defence minister launched a framework for iDEX (Innovations for Defence Excellence, a roadmap for innovation in defence ecosystem) partners including startups. As part of this framework, iDEX envisages working with India’s innovation entities such as incubators that can help in the discovery and exploration of defence startups and MSMEs, thereby helping in the co-creation of innovative defence technologies.

According to the IDEX operationalisation plan, the establishment of the DIF and the iDEX is aimed at the creation of an ecosystem to foster innovation and technology development in defence and aerospace by engaging industries including MSMEs, startups, individual innovators, R&D institutes, and academia. The government plans to provide them with grants/funding and other support to carry out R&D development in solutions that have a potential for future adoption to Indian defence and aerospace needs.

iDEX will thus facilitate the creation of networks and structures that not just provide the policy framework for this collaboration between the defence sector and startups, but also encourage activities and events that actually get this partnership going and make it effective.

Nirmala Sitharaman also laid out a framework to promote defence-related startups under the Make-II procedure of DPP 2016 (Defence Procurement Process, 2016).

Under this framework, projects with an estimated cost of prototype development phase not exceeding $440K (INR 3 Cr) have been reserved for startups; no separate technical/financial criteria are defined on their participation.

Startups are also encouraged to propose projects, suo moto, which, if found suitable as per the criteria laid out for such proposals, will get funding and other support under the Make-Il procedure.

Govt To Offer Subsidies On All Electric Vehicles Under FAME II

An inter-ministerial panel that met on Thursday (August 23) has now decided that subsidies will be available for all categories of electric vehicles — two, three, and four-wheelers — in order to promote green vehicles and check pollution in the country.

Here are some of the decisions to be implemented under Fame II scheme:

The State Administrative Council (SAC) of Jammu & Kashmir has approved the Jammu & Kashmir (J&K) Startup Policy 2018. According to the policy, which will be valid for the next 10 years, startups will be provided with a monthly allowance up to $166.9 (INR 12,000) for a period of one year during incubation.

Further, recognised startups are to receive an one-time assistance of $16.7 K (INR 12 Lakh) for product research and development. This assistance will also be available during the introduction of an innovative product or service in the market.

The new policy will be aimed at inspiring young entrepreneurs of the state to pursue innovation and create a conducive and vibrant startup ecosystem there.

Meanwhile, the ‘States Startup Ranking’ framework launched by DIPP, as an exercise aimed at ranking States for establishing a robust ecosystem for supporting Startups, is yet to come out.

The ranking was earlier supposed to come out in July. However, despite repetitively extending the deadline, some of the states had failed to provide with the essential information to the DIPP and the final ranking of the states has still not been released by the DIPP.