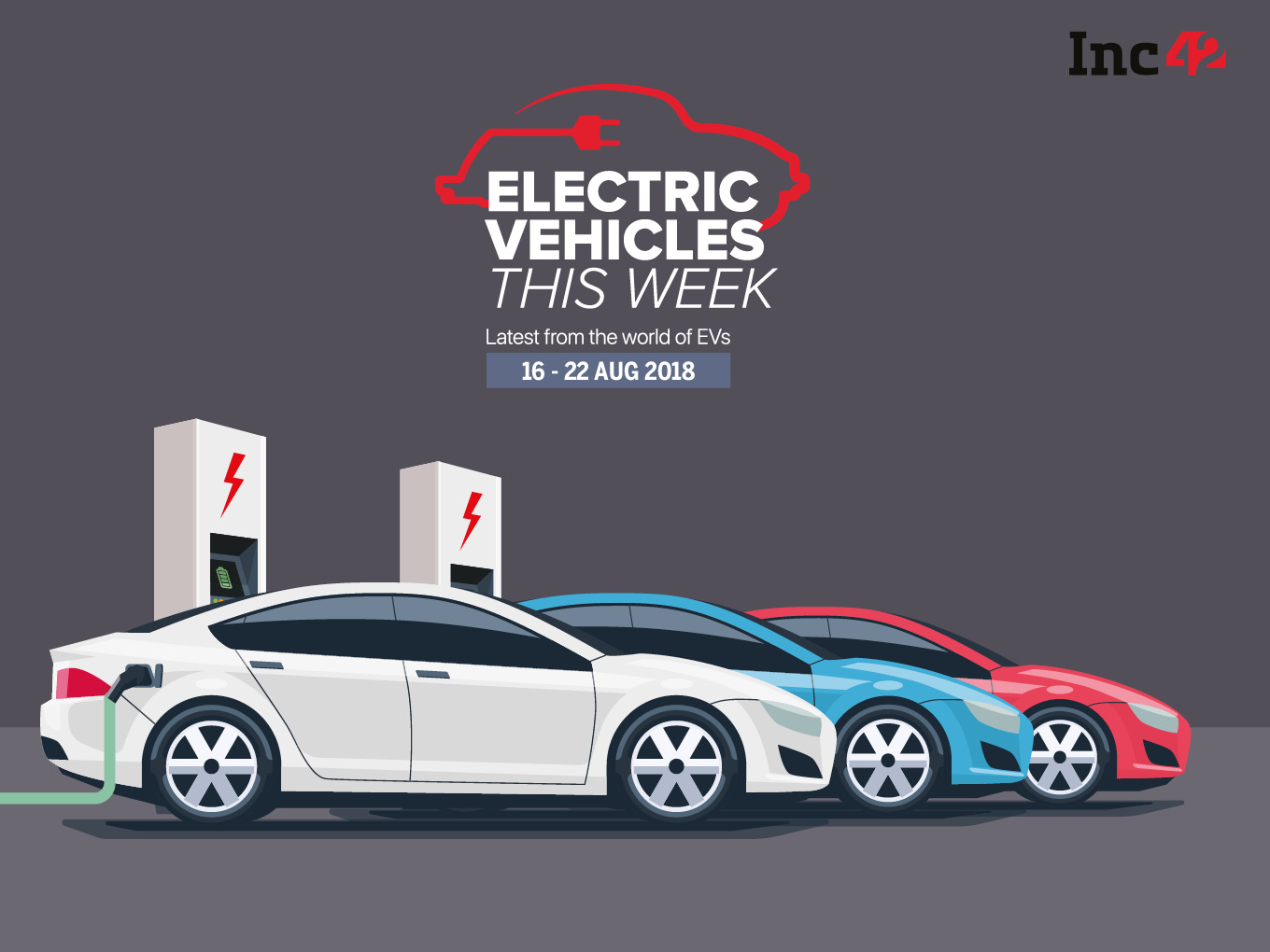 An inter-ministerial panel will meet today (August 23) to discuss a subsidy outlay of $570 Mn (INR 4,000 Cr) for the second phase of the Faster Adoption and Manufacturing of Hybrid and Electric vehicles (FAME). The government’s FAME II scheme may be launched in early September.

The panel is also likely to consider inclusion of electric three-wheelers for subsidy to promote green transport in India. Earlier, FAME II was envisaged to offer subsidies only for electric buses and the setting up of charging infrastructure for all categories of vehicles.

Industry experts believe that these subsidies and the continuation of the FAME India scheme is extremely important for sustainable development of the EV ecosystem. The FAME scheme is also essential for the government to meet its target of converting at least one third of the automobiles on Indian roads to EVs by 2030.

According to Narasimhan Santhanam, cofounder and director of Energy Alternatives India (EAI), a renewable energy consulting and research firm, three main challenges need to be overcome to ensure adoption of EVs in India on a large scale. These are: the cost of electric vehicles should be brought down to match the prices of fuel vehicles, mileage of EVs should be increased, and the charging time of vehicles should be reduced.

While corporates such as Tata, Mahindra, and Hero Electricals, and startups such as Ather Energy, Ultraviolette Automotive, ION Energy, Emflux One, and others are already working towards developing viable EV technology and products along with charging infrastructure, the government’s policy push is required to fast-track the growth of the EV industry in India.

Let’s take a look at developments in the segment in the 37th edition of Electric Vehicles This Week.

A panel of senior officials from the ministries of finance, power, transport and highways, and heavy industry, is likely to consider offering subsidies for electric three-wheelers. They will meet today (August 23) to finalise the modalities of the second phase of the FAME India scheme.

“The second phase of the scheme was earlier expected to entail subsidy for electric buses and for setting up of charging infrastructure for all categories of vehicles… however, the committee has decided to now consider inclusion of electric three-wheelers as well,” a government official said.

The meeting is also likely to approve a subsidy outlay of nearly $570 Mn (INR 4,000 Cr) for the FAME II scheme, which may be launched in early September.

The state-owned Energy Efficiency Services Ltd (EESL), which leads the country’s energy efficiency and conservation drive, has thrown an open challenge to startups to develop electric vehicles that are more efficient in terms of performance and cheaper than what it had sought in its EV tender last year.

As part of a two month-long innovation challenge based on a common streak of energy efficient solutions, EESL, along with World Bank and the World Resources Institute (WRI), has sought variants of EVs that can run 200 km or more on a single charge and are priced not more than $142K (INR 10 lakh).

The solutions, if viable, will be scaled up and commercialised by the EESL, senior officials said. The EESL has also sought solutions in the field of charging stations, which is instrumental for the success of the electric mobility initiative in India.

Setting up charging stations for electric vehicles does not need a separate licence under the Electricity Act of 2003, the government has said, clarifying confusion over the matter. Stakeholders have been wondering whether EV stations require a separate license to perform any activity of transmission, distribution, or trading in electricity.

The power ministry, in a recent statement, said the activity does not in any way include the sale of electricity to any person as electricity is consumed within the premises owned by the charging station, which may be connected to the distribution system or otherwise for receiving electricity.

“In the absence of such a clarification, stakeholders were not sure of which business model to adopt for providing charging infra for consumers,” said Awadhesh Kumar Jha, vice president, Charge and Drive and Sustainability, of Fortum India, an India-based clean energy firm.

According to Eicher Motors CEO Siddhartha Lal, the VECV is working on an affordable range of air-conditioned buses to cater to public transit needs in the country. It has earmarked a capex of $71.3 Mn (INR 500 Cr) for 2018-19 towards new product development and capacity expansion.

“We plan to have a complete range of electric mobility solutions for public transportation, offering world-class quality and comfort. We are also developing an affordable air-conditioned range of buses aimed at bringing superior comfort to public transit,” Lal said.

EV Developments From Around The World

China-based electric carmaker BYD has announced to have supplied 101 pure electric e6 cars to the city of Bangkok, which will be used as VIP taxis and as part of a car sharing service.

The company further plans to provide another 1,000 e6 cars to Bangkok. These e6 cars are powered by BYD’s lithium iron phosphate battery that can run up to 400 km on a single charge.

Thailand land transport director Sanit Promwong said, “Electric vehicles are being adopted around the world because they are cleaner and less noisy compared to combustion engine vehicles.”

According to Liu Xueliang, general manager of BYD’s Asia-Pacific Automotive Sales Division, the company plans to drive the transformation of electric mobility around the world. “We are very pleased that Thailand has joined us,” he added.

Japan-headquartered Toyota Motor Corp will build an additional capacity for EV production at its auto plant in Guangzhou, China. It is also beefing up EV production at a factory at Tianjin city in China by 120k vehicles a year, a company source told Reuters.

All together, between the eastern port city of Tianjin and Guangzhou, Toyota will boost its overall manufacturing capacity by 240k vehicles (10k all-electric battery cars and 110k plug-in hybrid electric cars) a year, or by about 20 percent. Toyota’s production capacity in China is 1.16 Mn vehicles a year at present.

Columbia’s only home-grown car is a wind-powered electric vehicle Eolo — the result of a research project carried out by a company based in the country. It is the first ‘eolic’ car in the world, meaning that it is powered by wind.

Javier Roldán, the inventor of the system, along with Industrial Corporation Minuto de Dios’ and project Eolo designers developed the first prototype of Eolo, which recharges with wind energy.

An electric car which uses wind as a power source has been proposed in a Colombia as a sustainable transport option.  Eolo, or Aeolus in English, was the keeper of the winds in Greek mythology, and was used to name the electric car with horizontal propellers, devised by Nelson Javier Roldán.

Eolo features giant horizontal propellers or wind turbines on the front, which spin fast as the car moves, taking in wind and converting it into electricity to charge the batteries of the electric car. The turbines apparently add to 10% of Eolo’s total range and it can be charged via a standard plug socket overnight. The project owners claim the car delivers 100 km of range and a top speed of 100 km/h.