2016 In Review: Look Back At The 140+ Startup Acquisitions This Year

2016 In Review: Look Back At The 140+ Startup Acquisitions This Year 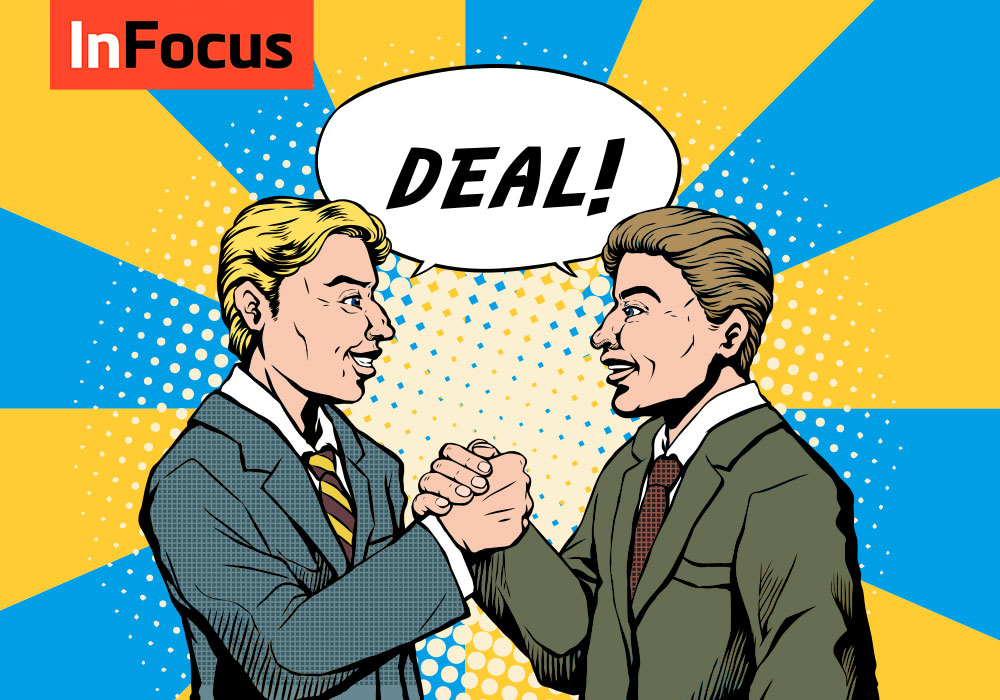 Acquisitions, traditionally, have been considered the younger brother of the IPO (initial public offering).

M&As have now become commonplace in the startup ecosystem, as different verticals are undergoing a period of market consolidation and course correction. It is the last resort and a face-saving tactic (instead of an outright buyout) for startups that experience massive cashburn or have exhausted their runway investments.

Investors, the startups’ best friends, have also been overtly cautious in placing their money where their mouth is, leading to many companies getting ‘acqui-hired.’ This bodes well, for the startup ecosystem as a whole, as teams within teams acquire domain expertise and product development will definitely benefit in the coming months.

But a quick look at the number of acquisitions taking place in 2015 114 as compared to the 148 in 2016 (till December 22), gives us an idea of the way the ecosystem is slowly but steadily evolving into a stable machine capable of churning out more success stories than not.

In June 2016, hyperlocal – the sector that has seen a radical course correction – saw a troubled TinyOwl paired up with Runnr, in order to take on Zomato and Swiggy.  Medianama got the earliest scoop with TinyOwl’s founder Harshvardhan Mandad disclosing details to the media platform, but the deal was pushed in earnest by the common investors in both companies, Sequoia Capital and Nexus Venture Partners.

As part of the rebranding strategy, Runnr repositioned itself as a customer-centric platform and launched a fully integrated app, that was live in Mumbai with no cap on minimum orders and with live tracking of delivery.

July saw Flipkart acquire Rocket Internet-backed Jabong in a move that was not anticipated by many in the know. While Alibaba, Amazon, Snapdeal, Aditya Birla Group and Future Group were all scrambling to take over the beleaguered Jabong, it was the billion-dollar darling of Indian startups’ fashion arm Myntra, that stole the prize from under the other players’ nose and announced it in typical, cheeky fashion – over a tweet.

As per Ganesh Prasad and Vinoy Joy– Partners at Khaitan & Co. who advised Flipkart in this deal,

“The deal was signed in less than 3 days from start to finish. It was quite exhausting and challenging as it started quickly all over the weekend. Though Flipkart has been in the fray from start, but things picked up pace on the weekend.”

The reason for this rather-hasty acquisition was summed up by Rocket Internet with, “Following a strategic review of its Indian operation, the GFG Board concluded that Jabong’s position as India’s leading fashion ecommerce destination would be best served through a business combination with a local player. Having reviewed multiple options over a period of several months, the GFG Board has resolved to sell Jabong to Flipkart Group.”

Second Half Of 2016 – PayU’s $150 Mn Acquisition; A Consolidation In Online Travel

The first half of 2016 was relatively quiet with 77 acquisitions taking place. But the two biggest deals were brewing in the background, in sectors that have been considered relatively stable – online travel and fintech.

News of Naspers-backed PayU Global acquiring Citrus Pay did the media rounds in the early days of September 2016. It was a handsome deal, to say the least – with PayU settling on Citrus Pay a cool $150 Mn, the biggest deal in the Indian fintech space, so far. But in a candid conversation with Inc42, Jitendra Gupta, co-founder of Citrus Pay said the company was looking to raise more funds in order to launch a couple new products.

“It happened by chance…,” he said, on the merger. “Both the teams were so passionate about doing it, that we questioned why sub-optimise the outcome? Why not get together and do a bigger thing, at a bigger platform, at a bigger scale with a more razor-sharp focus? So that we don’t give a chance to anyone to come and compete with us…”

Consolidation seems to be the watchword for other verticals, when just a few weeks after the PayU-CitrusPay exit, we got wind of MakeMyTrip and Ibibo Group merging together to form a colossal entity to take on rivals Ctrip, Yatra, Expedia.com and others.

According to Deep Kalra, founder of MakeMyTrip, “We believe this consolidation will unlock value for all shareholders as the new entity will see benefits of an increased operating scale, accelerate travel technology innovations, and offer customers a wider product offering – including air-ticketing, hotel bookings, bus ticketing via the redBus brand, holiday packages and the ability to drive cost efficiencies.”

The deal is expected to go through in December 2016, for about $720 Mn, placing the combined valuation of the individual entities at about $1.8 Bn, creating that magical number signifying unicorn.

But it was Rohit Khetrapal who summed up the year of acquisitions best, when he said, “This consolidation is big news not just for the travel industry but for ecommerce as a whole. Two big players with no differentiation fighting it out for the top slot have finally merged, which means the new entity is bound to focus on profitability and not cash discounts.”

Two big players, strengthening and protecting their hard-earned market shares, does accurately describe the major mergers, acquisitions and ‘acqui-hires’ that have taken place in an overall uncertain 2016.

The following is a comprehensive list of all the startups that have been acquired, sorted month-wise. The information collated is based on data available around and the web and disclosed funding amounts.

Acquisitions in hyperlocal startups including the sub-categories of discovery, laundry, delivery, home services, beauty and wellness, etc., comes second with a total of 24 acquisitions.

And a significant number of deals were also seen in the analytics, Internet, ecommerce, and digital media space.

2016 has not been especially kind to startups, in general. Acquisitions and exits may be slightly less successful as compared to a billion-dollar valuation and millions in funding, but for an emerging economy like India – where businesses are finally emerging from the yoke of traditionally-proven models and a millennial population that is forward-thinking and disruptive in their DNA – 2017 seems as good a time as any to see what surprises the ecosystem has to offer.

Although we have been very careful in compiling the list of acquired startups in the tech space, we await your comments to tell us about any other acquisition that made way this year.