Launched In Association With The Dept. Of Science And Technology, SRiX Kickstarts Incubation Of Eight Startups 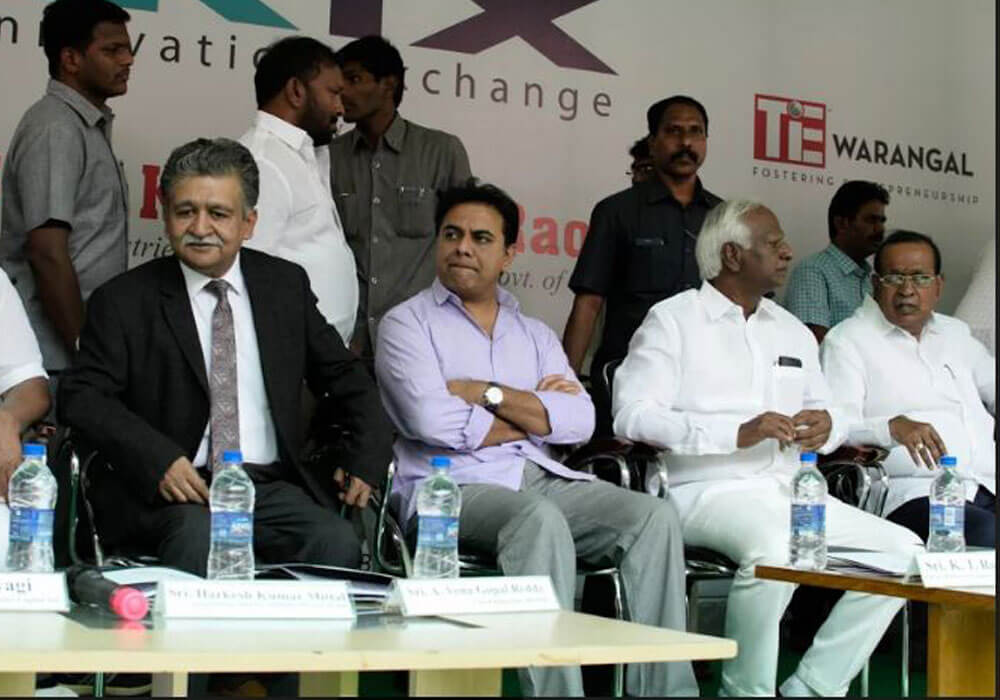 SR Group, in association with the Department of Science and Technology, has launched a technology and business incubator called SRiX in Warangal, Telangana.

On the launch, KT Rama Rao, IT Minister of Government of Telangana said, “SRiX is the first Incubator centre that hosts a maker and prototype space. The government will extend all its support for the growth of startups by being the first customer.”

He also congratulated SRiX for winning the DST grant, amidst stiff competition from other institutions of Telangana. As per the official statement, the department will extend financial and networking support to SRiX.

Along with SRiX, the incubator has also signed cooperation agreements with the newly formed Warangal Chapter of The Indus Entrepreneur (TiE) and Kakatiya Angles.

Formed by a few HNIs from the region, Kakatiya Angels will support incubatees from SRiX as well as other promising startups in India by providing capital and mentoring.

The initiation of TiE Warangal, in association with TiE Hyderabad at the SRiX campus, aims to bring momentum for the strengthening of incubation, networking and mentorship activities essential to the growth of entrepreneurship in the region.

Commenting on the launch of SRiX, A Varada Reddy, Chairman of SR Group said, “The initial focus at SRiX will be in the field of agriculture, manufacturing and management of energy, water and waste, inclusive growth centered rural empowerment, education and IoT.”

In the first year, SriX aims to incubate 40 promising startups. So far, it has already announced the names of eight startups that it would be incubating.

Here’s a brief about the eight selected startups:

In the expanding startup ecosystem, other incubator programmes operating in the country include Amrita Technology Business Incubator, EduMentum, Build for India, etc.

Recently in February, Amrita Technology Business Incubator (TBI) announced that it will provide Seed investment of $200K to the three winning startups of PitchFest 2018.

Around the same time, Infosys co-founder SD Shibulal launched a startup incubator EduMentum. The incubator will work with early-stage startups in the offline education transformation space.

In December 2017, Paytm launched an incubator for startups under its Build for India initiative. Under this initiative, the digital wallet will assist developers in designing open source-based solutions and sharing these projects with the global tech community.

Telangana has emerged as a leading state with respect to its robust startup ecosystem. In July 2017, Telangana Government announced its Innovation Policy to promote entrepreneurship in the state. As part of the innovation policy, Telangana will set up an early-stage investing vehicle T-Fund (Telangana Innovation Fund) in collaboration with T-Hub.

Over $310 Mn (INR 2,000 Cr) master fund was set up to invest in sector-specific startups, along with general venture capital funds.

In June 2017, Telangana government had announced the launch of a digital wallet called T-Wallet, in association with Bengaluru-based fintech startup Transaction Analysts.

Earlier in March 2016, Amazon India announced plans to infuse fresh investments in the state to launch its biggest campus in India and the largest campus outside the US.  Also, in January 2016, the NASSCOM 10,000 Startup Program, in collaboration with the Indian Government, inaugurated the T-Hub NASSCOM Startup Warehouse in Hyderabad.

Amid this, the launch of startup incubator SRiX in Telangana with the support of Department of Science and Technology is a step forward in the state’s mission to foster a strong startup culture.