Telangana To Have Its Own Official E-Wallet Soon

Telangana To Have Its Own Official E-Wallet Soon

Named As T-Wallet, The E-Wallet Will Be Used For Govt And Private Transactions 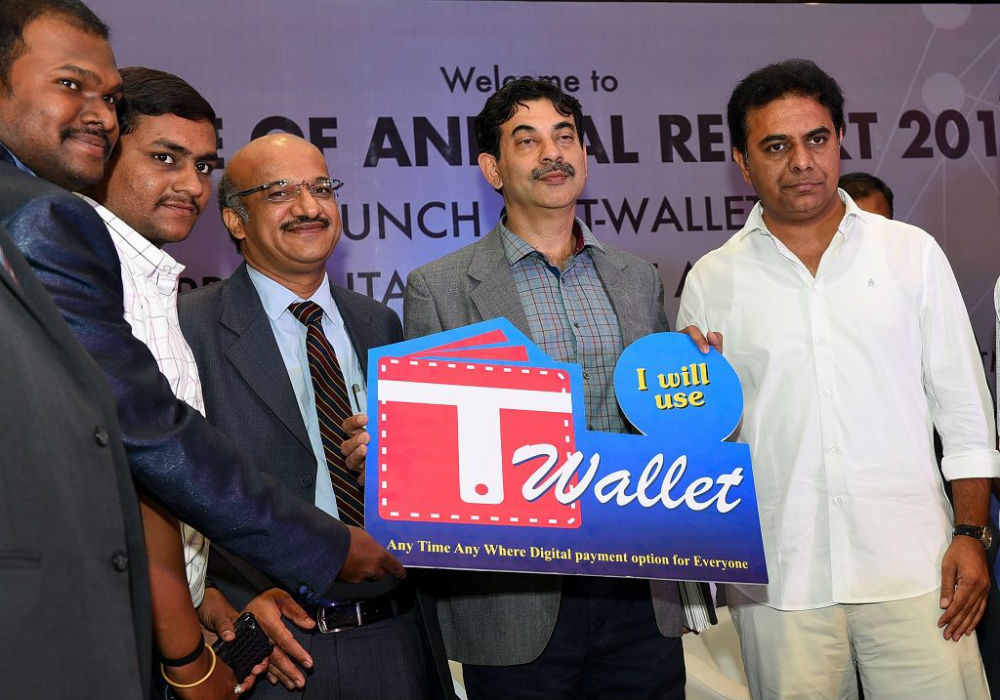 The Telangana government will soon launch its own e-wallet, named as T-Wallet in association with Bengaluru-based fintech startup Transaction Analysts. The app will initially be available on Android and iOS platform.

The wallet can be accessed for both government and private transactions in the state. It will also help the departments to ease off transactions in government-related programmes like pensions, scholarships and more.

While Vijaya Bank will act as the banking partner, the T Wallet app will use two-factor authentication – either Aadhaar+OTP or Aadhaar+Biometric. Also, those who do not have a mobile phone can avail the service at MeeSeva or e-Seva centres.

“After demonetisation, Telangana Chief Minister K Chandrashekar Rao guided us in bringing about a seamless digital transaction system for the citizens, which led to the birth of T-Wallet,” said Telangana IT Minister K T Rama Rao, in an official statement.

As mentioned on the official website, the wallet was to be launched on December 14, 2016, in the wake of the demonetisation drive by PM Narendra Modi across the country. “The aim of Telangana Chief Minister KCR is to launch the Telangana Wallet mobile application to promote cashless transactions in the state,” as stated on the website.

In February 2017, reports also surfaced that the state government was pushing back the launch of e-wallet as it required highly effective security standards. Also, there was troubles in receiving the wallet license from the RBI.

In the past few years, Telangana has emerged as a hub for logistics and startup development activities. Major companies such as Flipkart, Amazon, NASSCOM, T-Hub and more have made Telangana a centre for development and business growth. For instance, in March 2016, Amazon India announced to infuse fresh investments in the state to launch its biggest campus in India and largest campus outside the US. Prior to that, in January 2016, NASSCOM 10,000 Startup Program in partnership with the Government and also inaugurated the T-Hub NASSCOM Startup Warehouse in Hyderabad.

With the launch of the T-Wallet, Telangana is embarking upon another milestone. With the e-wallet space already crowded with existing players like Paytm, MobiKwik, PayUMoney, State Bank Buddy, Jio Money Wallet, etc – having a pan India presence – it will be interesting to see how a state-owned mobile wallet gains traction and acceptance with the people.