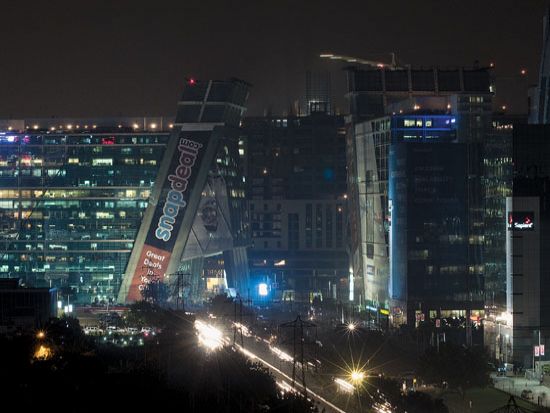 With the increasing competition in ecommerce in India, the players are trying their best to come up with new and new services which could cheer up their customers or merchants. Just yesterday, Flipkart launched an app for its merchant and today, SoftBank backed online marketplace, Snapdeal has announced a new feature i.e. Pay-On-Delivery (POD) for its customers. The new feature will allow, Snapdeal customers to make  payment through credit and debit cards on delivery.

Ecommerce major currently allows its customers with a cash on delivery (COD) payment option. Going forward, the company has confirmed that it will allow its users to pay through their credit and debit cards when they opt for POD. Presently the facility will be available in 120 cities followed by another 80 cities out of its 5000 delivery locations.

Snapdeal Vice President Operations Ashish Chitravanshi commented on the development by saying that the solution has been developed in partnership with  logistics company Gojavas, in which it acquired 20% stake in March this year. Under the service, GoJavas will equip its delivery staff to carry POS (transaction) machines to allow users to pay using their credit and debit cards.

Ashish explained that the need for expanding its POD delivery option has come from the fact that many a times customers complained about lack of change or not having enough cash handy to which they asked delivery boys to come at a later time. “We expect this facility to help them in this regard. Also, customers can select the pay by card on delivery option easily just like they would do for COD”, he added.

Snapdeal’s co-founder and COO Rohit Bansal said, “The company is looking at a 10 fold growth in the next 2-3 years, which will translate into delivery of about 80-100 Mn  packages a month.

It was just recent when Snapdeal acquired mobile technology startup MartMobi to strengthen its mobility platform for merchant partners. Last week Amazon announced about launching a customer care call centre in India, Paytm is also moving aggressively to lead the ecommerce segment in the country and Flipkart too is working to launch new and new features to gain the interests of its customers. The heated up segment is going to witness much more unique things happening in the coming time.