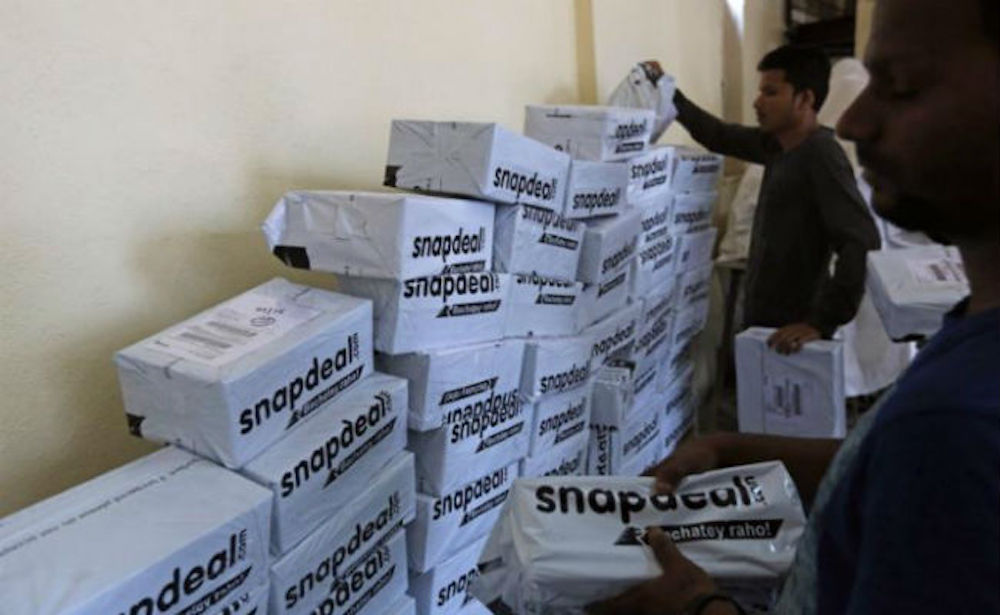 Snapdeal has claimed that it is not returning its stock inventory. The Snapdeal spokesperson termed it as a ‘regular practice’ which helps sellers move non-selling goods.

Earlier today, reports surfaced that Snapdeal has returned around 60%-70% of the goods from fulfillment centres. And that the company is only “stocking products for which sellers have special offers.” The report also claimed that Snapdeal is asking sellers to dispatch goods to a centralised warehouse from where courier companies can collect them for delivery.

However, in an interaction with Inc42, a Snapdeal spokesperson stated, “We are not returning anything, as the stocks are owned by sellers only and they are free to move them as required. This is almost a weekly activity to replace the less-selling or out of season goods with more selling goods, depending upon the demand and as per the ongoing online sales in different categories.”

Snapdeal has already claimed to have cleared off its seller dues in May 2017. Earlier, the founders also announced the possibility to offer a $30 Mn (INR 193 Cr) bonanza to its staff, if the deal with Flipkart goes through. Snapdeal founders will give half of their total payout i.e. $30 Mn for the proposed scheme which would cover the current employees of the company. Also, sources close to the development have revealed that Snapdeal also has plans to pay its ex-employees a one-time ‘ex-gratia’ (voluntary, morally bound) payment.

Jasper Infotech-owned ecommerce marketplace Snapdeal has been in the news for a while now. The ecommerce giant, once valued at $6.5 Bn has been on the slippery slope to infamy with a score of scandals and speculation hitting it, ever since news of the merger made headlines. The recent sellers stock issue is one such piece. While it remains to be seen how the merger story will play out, of more immediate concern is the fact that rumours of a less-than-ideal financial state – even with the spokesperson refuting these claims by stating a simplistic definition of the term bankruptcy – could likely harm the concerned stakeholders such as sellers, vendors, and employees.

Updated on June 15, 2017, 735 pm: An earlier version of this story had reports of bankruptcy faced by the company. This has been edited.