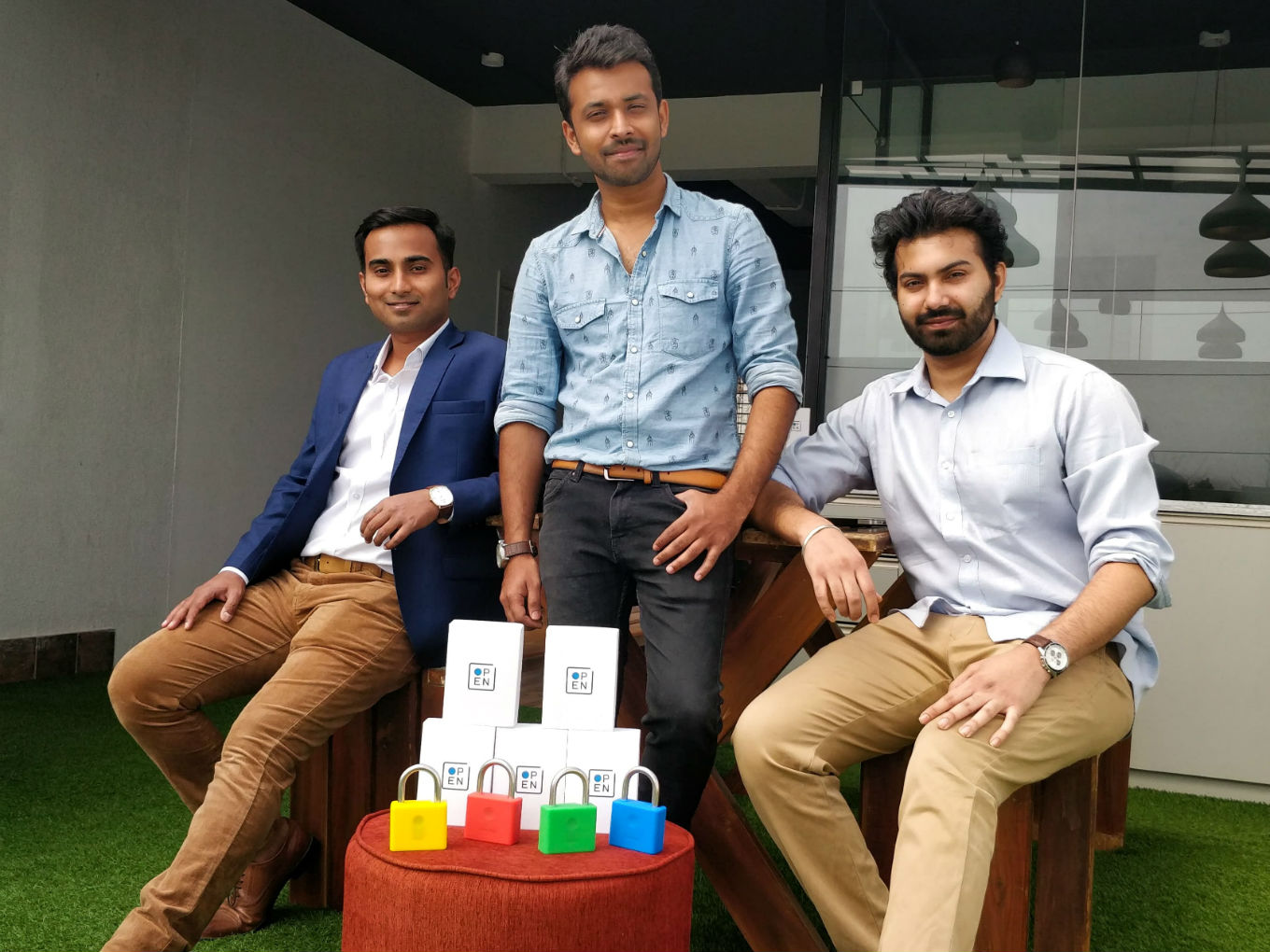 Existing investors including Axilor Capital and Kumar Vembu, cofounder of Zoho had also participated in the round.

Open App was launched in 2015 by Gotama Gowda, Rajshekar Jenne and Siddhesh Keluskar. The startup which is powered by IoT technology, produces Bluetooth and GSM enabled smart locks for enterprises. The lock can be opened remotely using OpenApp’s mobile App and an alert is sent out every time it is unlocked or in case of a threat.

Open App currently operates services in Asia and Africa and is looking to continue expanding its services in these geographies.

The fresh funding will be used for developing its core software access platform. It is also looking to launch two new smart devices by the end of 2019.

“OpenApp is working towards deploying 100k devices with more than half already fulfilled across Asia and Africa,” said Gotama Gowda, cofounder and CEO of Open App.

Open App had raised a $550K seed fund from Axilor Ventures and Kumar Vembu in 2017. The funds were deployed to develop its product offering and also expand into new verticals.

Mumbai-based Unicorn India Ventures has also led the bridge funding round of cybersecurity startup Sequretek where it raised $3.7 Mn in September 2018. It also onboarded Federal Bank as the anchor investor for its maiden venture debt fund, targeting a corpus of $82.95 Mn (INR 600 Cr).

Last year it also partnered with its Britain counterpart Ascension Ventures to launch a cross-border evergreen fund, named Unicorn Ascension EIS Fund to help the UK-based startups which are planning to foray into the Indian market.

KARSEMVEN is a SEBI registered Venture Capital Fund with a corpus of  INR 92.95 Cr ($13 Mn) which focuses on Karnataka-based companies working across technology areas including semiconductor, electronics system design and manufacturing (ESDM), and embedded systems.

According to its official website, the fund is generally focussed at investing INR 2 Cr to INR 5 Cr ($281K-703K)  in a company during its initial stages. It counts companies such as Graphene Semiconductors, Prodigy Technovations, and SenseGiz Technologies as its portfolio companies.

At a time when IoT market in India is predicted to reach $15 Bn by 2020, many investors are looking to focus in the companies working in this space. Recently, investors such as SAIF Partners, Bharat Innovation Fund, Axilor Ventures, BlueHill Capital invested in IoT startup DeTect Technologies where it raised $3.3 Mn (INR 23.4 Cr) in Series A funding round in November 2018.