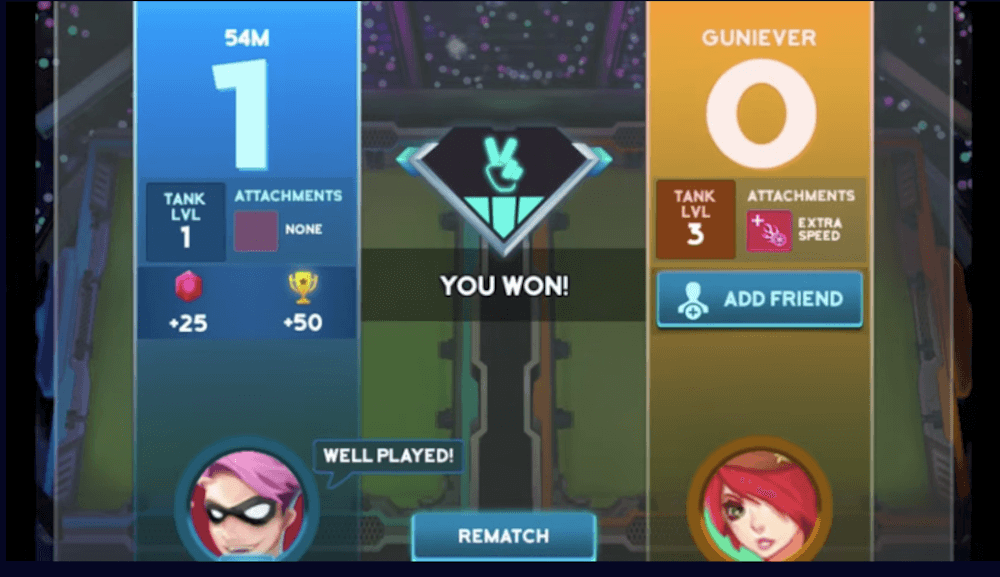 With the raised funds, the Hypernova Interactive team aims to build an Esports ecosystem for mobile. The online gaming startup also plans to scale their current games in markets like China and the US.

As stated by Shubhankar Bhattacharya, Venture Partner at Kae Capital, “Even though gaming is often thought of as a ‘hits and misses’ space, the truth cannot be denied that gaming companies represent some of the most successful VC investments ever made. We believe that mobile games, especially those that capitalise on multiplayer and e-sports is a large and rapidly growing market. We believe that the Hypernova Interactive team match up to the standards set by top global gaming companies, both in their execution capabilities, and their overall vision. We are proud to partner with them for our first investment in a gaming company.”

Hypernova Interactive was founded by Mayur Bhimjiyani and Huzaifa Arab. Both have worked as game designers at their previous positions at online gaming startups Zynga and Hike, respectively. While Mayur was a Lead Designer on games like FarmVille and CastleVille, Huzaifa was Principal Game Designer with Hike Messenger’s games division helping them solve the games-for-India problem.

Hypernova Interactive started in 2015 with a simple idea: Where is the DotA/League of Legends of mobile? These are Multiplayer Online Battle Arena (MOBA) games that gained huge popularity globally in last few years.

“With growing internet penetration, our belief is that Indian audiences are also developing global tastes. Hence, what works for a global audience would also work in India,” said Mayur.

The online gaming startup has launched two games, so far. The first one, War Tanks, is an online real-time multiplayer game where players can battle other players from around the world with cool tanks in a live arena. The game was also a finalist of ‘Very Big Indie Pitch’ Contest hosted by Pocket Gamer Connect in 2016 as claimed in an official statement.

The second game, Space Titans, was launched last week on Android. It is a single player spaceship adventure game, where players tour the galaxies and hunt down aliens with futuristic weapons.

“Both the games have done quite well for us in markets like the US and China. We are building another large scale single player game before we launch our core project – a Multiplayer Online Battle Arena (MOBA) game – similar to games like DotA/League of Legends,” added Mayur.

Huzaifa believes that a game is only as good as the team that builds it. Since both the founders come from a game design background, placing player experience first runs in their DNA and they look for the same commitment in everyone they work with. “We believe, if your players are happy, your games will succeed and the business will take care of itself,” said Huzaifa.

So, before hiring a candidate, not only do the founders look for their technical skill set, but also their personal interest in gaming. “Games are entertainment. Good games must pay equal attention to data analytics, art, and experience. It’s both a science and an art. And, hence, the people who are building these games must be avid consumers of the art form,” Mayur said.

Huzaifa further added that the company cares as much about studio culture as it does about game quality. Playing games together is, in fact, a studio rule. Not only does it help us keep up with the latest trends in the market, but also enables better team bonding. “Our culture and our mission have helped us build and retain our entire team. A flat hierarchy encourages communication and proactiveness. No idea is considered stupid. Even an intern can question the leadership without any fear whatsoever. Trust and ownership of work are the key drivers of our work culture.”

India has emerged as one of the top five countries for online mobile gaming. According to a report by Flurry Analytics, India came in second after the US. China, Brazil, and Russia are the other countries in the top five. As per a Google KPMG report published in May 2017, the online gaming industry in India across platforms is estimated to be worth about $360 Mn. This figure has the potential to grow to $1 Tn by 2021, with 310 Mn gamers.

In June 2017, OceanKing Software Solutions LLP, the Mumbai-based company that owns and operates online gaming startup Baadshah Gaming raised an undisclosed amount of funding from Casino Pride against a 30% stake in the company. As part of the deal, the Indian startup will launch its ‘Baadshah Gaming Live’ property at Casino Pride.

Prior to that in April 2017, Bengaluru-based mobile gaming startup Mech Mocha raised $5 Mn in Series A round of funding led by Accel Partners, Shunwei Capital, and Blume Ventures.

Other active startups in online gaming space in India are PlaySimple , Flixy Games, GameXS, RedMonsterGames and more. Also, in April 2016, Alibaba-backed UCWeb launched a $20 Mn fund for Indian gaming startups under its accelerator ‘9 Apps Dev.’ How Hypernova Interactive will position itself in the Indian online gaming industry burgeoning with both competitors and backers, remains to be seen.