JetSynthesys is backed by Sachin Tendulkar, Adar Poonawalla, Kris Gopalakrishnan and among others 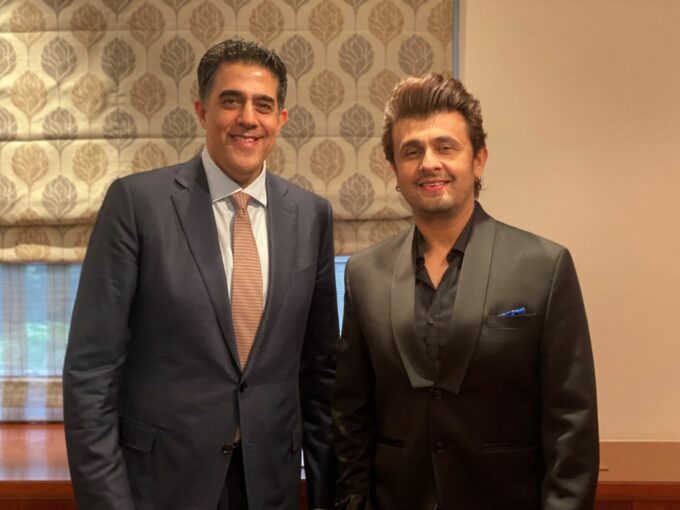 The series targeted at the Indian diaspora living abroad features Sonu Nigam’s new English-language single ‘Hall of fame’ and pages from his personal diary where he has penned down key moments of his life and details of his practice and recording session along with lyrics to his popular songs.

Hall of fame is a collaboration between JetSynthesys’s digital entertainment arm Global Music and Nigam’s music company I Believe Music- where JetSynthesys’s global arm Jet Media Network is acting as the tech enabler behind the minting of the NFTs.

“Music has been my being from the time I gained consciousness. I feel blessed to bring this journey forth through the newest digital art form- Advanced NFTs, which I believe is the evolution of the music industry across the globe,”  said Sonu Nigam at the London launch.

Founded by Rajan Navani in 2014, JetSynthesys has global publishing partnerships with the likes of World Wrestling Entertainment (WWE), Square Enix and Floyd Mayweather. In August this year, it acquired Chennai-based esports venture Skyesports, creating a new entity called Jet Skyesports—aiming to build an esports community from the grassroots level in India ahead of the 2022 Asian Games.

The startup counts Sachin Tendulkar, Adar Poonawalla, Kris Gopalakrishnan and the family offices of the promoters of Thermax, Triveni Group, Yohan Poonawalla Group and DSP Group among its investors.

“With a concerted focus across gaming, esports, digital entertainment, and social-community platforms, JetSynthesys has in a short span of time since its launch, been the usherer of many category firsts. Our association with Sonu goes back a long way, and we are excited to bring his creative digital art on blockchain technology to the Indian music industry,” said Rajan Navani, vice chairman and managing director of JetSynthesys.

From Sunny Leone, Salman Khan, Amitabh Bachchan, Kamal Haasan to Kieron Pollard and Danielle Wyatt; the who’s who of Bollywood and the international cricketing fraternity seems to have entered the mad rush to cash in on India’s NFT and Crypto boom.

With such rapid mainstream adoption of decentralised finance and cryptocurrencies, it forces the government’s hand to introduce a regulatory framework for cryptocurrencies. Earlier this week, a lawyer had filed a public interest litigation (PIL) before the Bombay High Court requesting that it issue a Writ Mandamus directing the Union Government to formulate laws and regulations to govern the use of cryptocurrencies in the country.

According to several reports, the Department of Revenue is preparing a framework to levy taxes on crypto assets, and the Department of Economic Affairs is finalising the content of the draft Cryptocurrency Bill.

Last week, Prime Minister Narendra Modi chaired a high-level meeting on the way forward regarding cryptocurrencies where concerns were raised about “over-promising” and “non-transparent” advertising.