Amitabh Bachchan To Roll Out Limited NFT Collection Through BeyondLife.Club

Amitabh Bachchan To Roll Out Limited NFT Collection Through BeyondLife.Club

Amitabh Bachchan has joined Rhiti Entertainment, Singapore who in partnership with GuardianLink.io will provide an NFT platform (BeyondLife.club) to brands, celebrities and athletes from Southeast Asia.

The limited collection will include rare poems, autographs on posters, verses of Madhushala narrated with backstories

NFT or Non-Fungible Token is a blockchain phenomenon that has globally recorded around $2.5 Bn in sales already 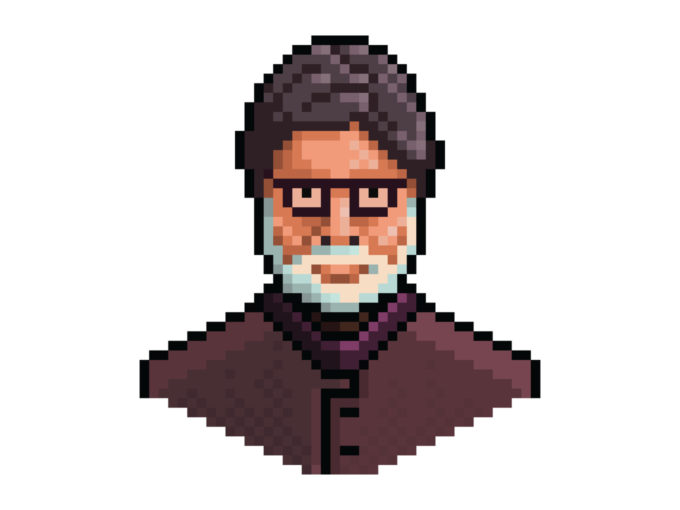 Legendary Actor Amitabh Bachchan will roll out his NFT collection through BeyondLife.club. BeyondLife.club, an NFT platform is a partnership between Rhiti Entertainment and no-code NFT exchange platform, GuardianLink.io.

“I have joined Rhiti Entertainment, Singapore and will be launching NFT’s soon on the platform”, Amitabh Bachchan commented on the partnership. Among Bollywood stars, he will be the first one to roll out his NFT collection – poems written by him, a narration of Madhushala with backstories, autographed posters, and other souvenirs.

What is an NFT?

An NFT (Non-Fungible Token), bought and sold online, frequently with cryptocurrency is generally encoded with the same underlying software as many cryptos – blockchain. It is a digital asset that represents real-world objects like art, music, in-game items and videos. Once an NFT sells, the creator receives an amount in cryptocurrency. He/She also receives a commission on each subsequent sale of the NFT.

Unlike cryptocurrencies, which can be exchanged with one another, each NFT is unique and hence cannot be exchanged with another item. Moreover, while cryptocurrencies such as Bitcoin can be broken down into smaller units such as Satoshi i.e. 100-millionth of a bitcoin, NFTs cannot be broken down in the same way but exist as a whole. The Blockchain phenomenon has already recorded around $2.5 Bn in sales globally.

Arun Pandey, MD and chairman, Rhiti Group states that it was astounding to see the popularity of NFTs rise among artists across the world to create financial value for their content. “The opportunities and the growth possibilities present in this space is beyond imagination. Artists are latching up to this technology to create value around their life and work, which was almost dormant earlier. Our biggest motivation behind this venture is to empower artists, celebs and athletes globally and at the same time help the diehard fans to get their hands over the purest form of the content.”

Other celebrities that have ventured into NFTs include comedian Ellen Degeneres, rapper Snoop Dogg, singers Lewis Capaldi and Shawn Mendes, actresses Lindsay Lohan and Paris Hilton, Twitter CEO Jack Dorsey, among others. Production house Lekh-Haq had also listed one of its short films, ‘For Those That Watch Me Dream’, as an NFT on OpenSea.

Founded by Pandey in 2007, Rhiti Group is a conglomerate in the world of sports marketing, celebrity and talent management and films and entertainment. The company represents a host of professional athletes, including MS Dhoni, Bhuvneshwar Kumar and Kedar Jadhav.

Guardian is a distributed NFT exchange platform founded in 2017 by Ram Subramanian, Kamesh Elangovan, Arjun Subburaj, and Logan Anjaneyulu originally under the leadership of Keyur Patel. It allows users to create their own brand, exist in a decentralized architecture and publish their NFTs across multiple marketplaces.

The NFT platform BeyondLife.club has brands, celebrities and athletes from Southeast Asia on its board. Users can buy NFTs, carry out transactions, trade in auctions — make “clean trades” — using a credit card and other digital payment modes. The partnership between Rhiti and Guardian will help BeyondLife.club store creative properties like art, collectible, multi-modal collages, and other forms of digital assets for gaming and trading and also upload, mint, publish, price protects and even auction to create value for the owner. It will also allow the rights management of its associated wallets and carry out secure – forgery or theft-free trades.