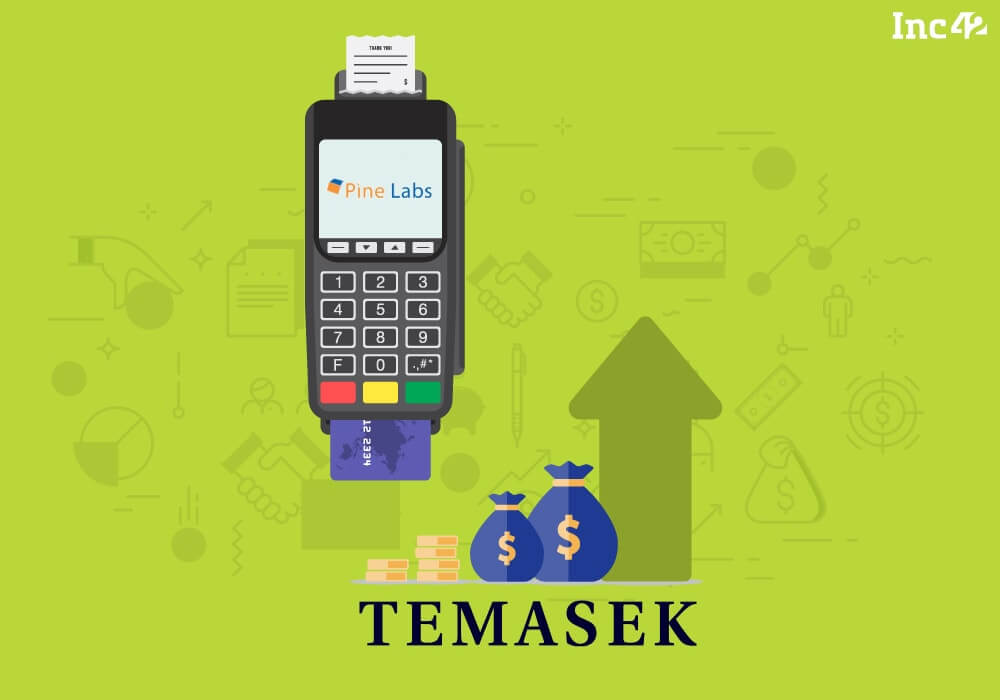 Currently, Pine Labs has its presence across more than 75,000 merchants in sectors such as retail, ecommerce, electronics, food and beverage, fashion, financial, pharmacy, telecom and airlines, etc. The startup has partnered with several NBFCs. The firm also claims to have integrated India’s top 12 credit and debit card issuing banks, along with the top 14 merchant-acquirers, on its payment platform.

PineLabs denied commenting on the development when reached by Inc42.

Pine Labs: The Journey So Far

Founded in 1998, Pine Labs — which delivers active point-of-sale payments in India through its smart cloud-based payments platform — claims to be processing about 450 Mn transactions worth over $15 Bn in an annual basis, as of March 2018. As per reports, Pine Labs is said to have about 300,000 PoS terminals across India, thereby holding 10% of the total PoS market share in the country.

Pine Labs has created a cloud-based software that can be integrated with a generic point of sale terminal (PoS), allowing merchants to accept traditional electronic payment methods such as credit or debit card issued by any bank, as well as new generation methods such as e-wallets, QR code payment solutions or other UPI based solutions, on a single platform.

In the most recent development, Pine Labs raised $82 Mn in a funding led by Actis Capital and Altimeter Capital, valuing the company at $800 Mn. Sequoia Capital India was the first venture capitalist to invest in Pine Labs back in 2009, and it continues to hold the largest share in the company.

Meanwhile, the fintech company has already spread its footprint in internationally in countries such as Malaysia, the United Arab Emirates (UAE), Qatar, Saudi Arabia, Indonesia, Philippines, Thailand and Vietnam.

The Growing Number Of POS Solutions In India

With the push towards digital payments in India, multiple POS software has been launched in order to ease off different merchant issues linked to payments.

Apart from Pine Labs’ digital payments, we have homegrown startups such as Flipkart’s digital payment subsidiary PhonePe, which offers a Bluetooth enabled PoS to serve merchants of all sizes, from kirana stores to petrol pumps and food chains to quick service restaurants (QSRs) among others.

Paytm has also added PoS terminal in its Paytm Mall, which according to Paytm Mall COO Amit Shah, will be cloud-based and platform agnostic to provide shopkeepers to manage their store inventory on the cloud with complete visibility on the available or required stock, sales, instant customer billing or payments, etc.

Also, there is another popular software, Zeta POS, launched by Zeta, which can manage the business from end-to-end by updating sales information in inventory and financial modules.

Singapore’s state-run investment firm Temasek is believed to be eyeing to own a major stake in Mumbai-based Financial Information and Network Operations (FINO) in a joint venture with Japanese investment giant SoftBank Group and global financial services firm Morgan Stanley. The trio is looking to buy out alternate asset manager Blackstone’s 26% stake in the company.

In the recent past, India has witnessed major international investments from biggies like Tencent, Alibaba, Microsoft, SoftBank to name a few. With its ongoing investments, Temasek is also growing its roots deeper into the country, adding to its portfolio some potential startups. As one of the Indian ecommerce unicorn, Flipkart is on the verge of giving its investors a large exit, in near-term Temasek might get similar returns on its Indian bets as well.