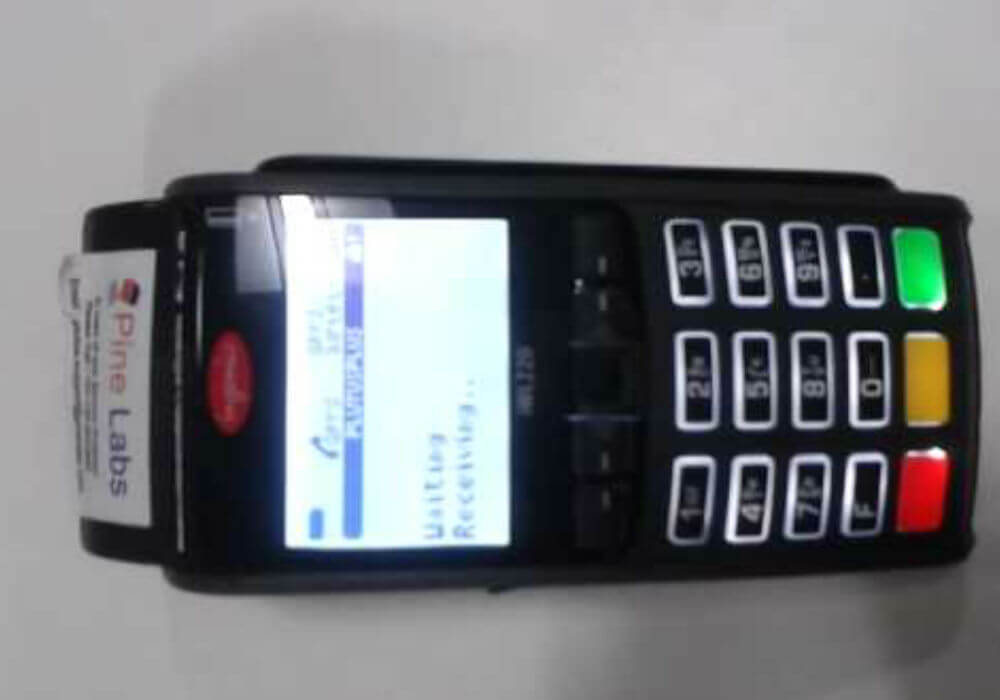 Pine Labs is an active player in point-of-sale payments in India, replacing the standard card-centric point-of-sale terminal with a smart, cloud-based payments platform aiming to reduce costs and drive revenue for retailers. The company currently claims to process 450 Mn transactions worth over $15 Bn, on an annualised basis, helping drive the government’s “Digital India” mission.

As shared by Lokvir Kapoor, CEO of Pine Labs, merchants across India have historically had to utilise multiple payment terminals to process cards issued by various banks, a situation that created additional costs, clutter and headaches around payments reconciliation.

Pine Labs solved this problem by creating cloud-based software that can be integrated with a generic point of sale terminal, allowing merchants to accept traditional electronic payment methods such as credit or debit card issued by any bank, as well as new generation methods such as e-wallets, QR code payment solutions or other UPI based solutions, on a single platform.

“This investment is a strong endorsement of the value of the merchant-first payments platform that we have built. With this capital, we will accelerate Pine’s network penetration in India and expand outside India with our world-class technology,” said Lokvir.

Pine Labs’ shareholders also include Sequoia Capital India, which first invested in 2009 and continues to support the company’s expansion plans as its largest shareholder.

As claimed by the company, at present, over 75,000 merchants across India’s retail, ecommerce, electronics, food and beverage, fashion, financial, pharmacy, telecom and airlines industries are now using Pine Labs.

Also, in Q4 2017, Pine Labs entered Malaysia with an exclusive partnership with one of their leading banks. The company, which is in talks with over a dozen international banks, now aims to expand to other new markets across Asia and the Middle East.

“Pine Labs has emerged into a category-defining company with a new cloud-based model for retail payments that supports all payments types. It’s a platform that took years to build and provides a very defensible foundation for the next phase of growth in products and markets,” said Shailendra Singh, Managing Director at Sequoia Capital (India) Singapore.

With the push towards digital payments in India, multiple POS software has been launched in order to ease off different merchant issues linked to payments. Most recently, Flipkart’s digital payment subsidiary PhonePe also launched a Bluetooth enabled POS meant to serve merchants of all sizes – from kirana stores to petrol pumps and food chains to quick service restaurants (QSRs) among others.

The consumers can bring their phone close to the POS device installed on the merchants’ outlet and it would automatically show the merchant details & amount to be paid. In an official statement, PhonePe also claimed, that the POS device is the first such product in the Indian digital payments space. It works like a traditional calculator commonly used in local stores.

Also, there is another popular software in this category launched by Zeta. Zeta POS is a complete integrated business management system that will help control business from front counter sales to the storeroom, to back-office accounting, and everything in between. Zeta POS can manage the business from end to end by updating sales information in inventory and financial modules.

There are many others, but with a vast network of merchants particularly the Kirana merchants spread across the rural areas, the market is still ripe for the established as well as new entrants. The recent funding round of $82 Mn, will certainly add to the company’s efforts to scale as well as penetrate deeper into the existing markets in the country.