ShareChat Raises $40 Mn From Twitter, Lightspeed And Others For Its Short Video App

ShareChat Raises $40 Mn From Twitter, Lightspeed And Others For Its Short Video App

The funding will be used for product development and bringing more creators on to Moj, the company’s short video app

With this round of funding, ShareChat’s total funding stands at $264 Mn 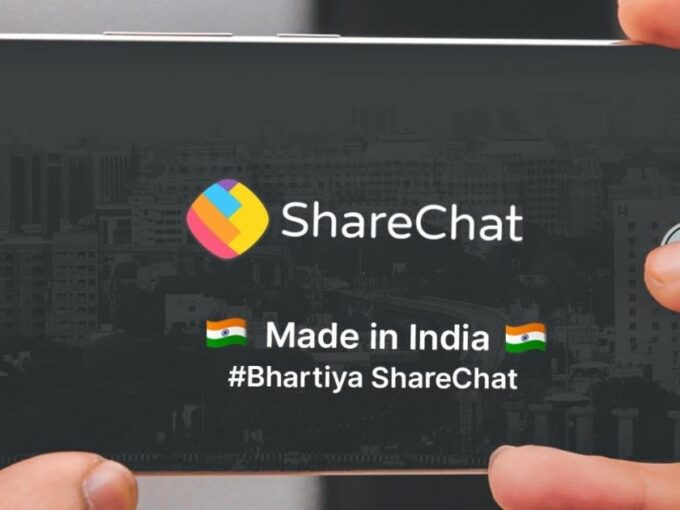 Bengaluru-based Indian regional language social platform ShareChat, on Thursday (September 24), has announced a $40 Mn funding round from investors including Twitter Inc and Lightspeed Ventures in its Pre Series E round. The round also saw participation from SAIF Partners and India Quotient.

The company’s press statement said the funding will be used to grow Moj, Sharechat’s new short video app. It will also be utilised for product development, bringing more creators on to the app and establishing partnerships with music labels to allow users to add more tracks.

With this round of funding, ShareChat’s total funding now stands at $264 Mn. In August 2019, the company raised $100 Mn in a Series D round led by Twitter. Existing investors Shunwei Capital, Lightspeed Venture Partners, SAIF Capital, India Quotient and Morningside Venture Capital had also participated in the round.

Besides VCs, Hero MotoCorp CEO and Chairman Pawan Munjal has invested in ShareChat in his personal capacity through his Family Trust, while Ajay Shridhar Shriram (Chairman of DCM Shriram) has invested through DCM Shriram Promoters Family Office, the release added.

Commenting on the new funding, Ankush Sachdeva, CEO & co-founder, ShareChat said, “ShareChat is on a rapid growth path and is spearheading the growth of the Indic language Indian social media landscape. Our short-video platform Moj has been on an explosive growth trajectory since its launch. This funding will help us further invest in our product development, ML capabilities, and helping the creator community.”

ShareChat claims to have more than 160 Mn monthly active users (MAUs). While Moj has garnered over 80 Mn MAUs with users spending on an average of about 34 minutes on the platform.

Founded by IIT-Kanpur alumni Farid Ahsan, Bhanu Singh and Ankush Sachdeva in 2015, Sharechat is a regional language-focussed social media platform that heavily relies on user-generated content. It has features like anonymous chat, direct messaging, original video content under the banner of ShareChat Talkies.

ShareChat launched a competitor of TikTok called Moj in July which has recorded more than 50K downloads after the TikTok ban in India. It is available in 15 languages, including Hindi, Marathi, Bengali, Gujarati, Punjabi, Odia, Tamil, Telugu, Haryanvi, Rajasthani, and Urdu among others.

The app focuses on short video content around dance, comedy, vlogging, food, sports, DIY and nature. After the TikTok ban, ShareChat claimed to have achieved a growth rate of 500,000 new users per hour. It is available in 14 regional languages and has its base in Tier 2 and Tier 3 cities. The app currently has more than 100 Mn downloads on the Google Play Store, and is ranked fourth on the ‘top free’ apps chart on the Play Store.

Besides Moj, short video social media apps such as Chingari, Roposo, Mitron, Bolo Indya, MX Takatak, Gaana Shots, Zee HiPi, Trell, and several others reported a steep rise in users and engagement after more than 200 Chinese apps including TikTok and Helo were banned in India.