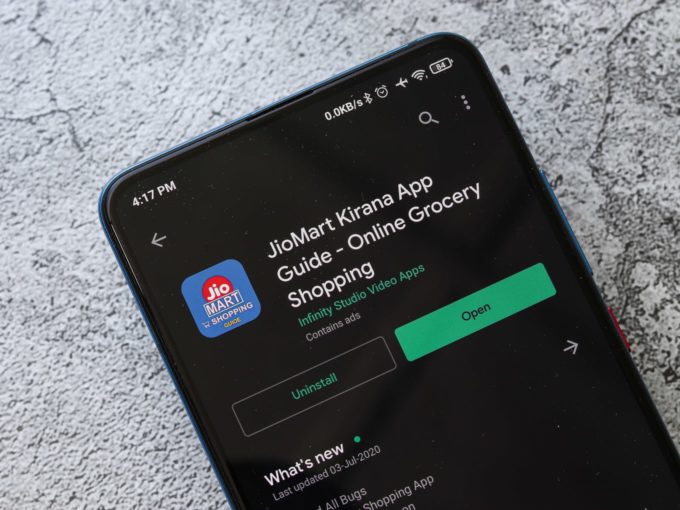 In a move that could allow Reliance to challenge ecommerce giants Flipkart and Amazon India in a significant way, Reliance Retail is looking to embed its ecommerce app JioMart into WhatsApp within the next six months.

JioMart would be integrated within WhatsApp for over 400 Mn users of the messaging app in India, according to a Mint report, which quoted unnamed sources.

Reliance’s ecommerce platform was launched in May 2020 as with a big focus on groceries and FMCG (fast-moving consumer goods) products. Over the past few months, it has added personal care products and electronics as well, with Reliance’s acquisitions of online pharmacy NetMeds also expected to be integrated in JioMart in the future.

Already the largest brick-and-mortar retail business in the country, Mukesh Ambani-owned Reliance Retail is directly challenging Flipkart and Amazon for a share of India’s ecommerce market. India’s overall retail industry is estimated to reach up to $1.3 Tn market size by 2025 according to a 2020 report by Boston Consulting Group.

Facebook, which owns WhatsApp, invested $5.7 Bn in Reliance Jio Platforms in April last year with an eye on strategic partnerships such as the one with JioMart.

“Through our investment with Jio, we’re going to bring millions of small businesses and the customers they serve into the digital economy. This will make it easier for businesses to connect with customers and close sales,” a WhatsApp spokesperson was quoted as saying by the publication, but Reliance Retail declined to comment officially.

In August 2020, during the RIL AGM, Ambani had said JioMart was receiving more than 250,000 orders every day. Reliance envisages JioMart as an “omnichannel tech-platform to unite customers, kiranas and producers.” Ambani had added that the vast physical network of Reliance Retail would focus on creating a pan-India physical and digital infrastructure, onboarding sellers and merchants and ensuring that the benefits of new commerce are offered to every cog in the supply chain.

Reliance is also on-boarding local kirana stores onto the JioMart platform, with the app mapping orders to a nearby kirana store and then fulfilling them quickly. The delivery is either done by the kirana shop or by RIL’s logistics arm Grab, which it acquired in 2019 for $14 million. The kirana store gets a commission on the sales. The kirana stores are offered point-of-sale devices, financing, inventory management and accounting solutions as well.

With India, being the largest market for WhatsApp, parent Facebook has been rolling out various commerce features on the app over the past year despite facing regulatory hurdles in India as well as data privacy concerns. Notable among these is WhatsApp’s digital payments application WhatsApp Payments (WhatsApp Pay), which the company had been beta-testing for two years while it awaited approval.

In November 2020, WhatsApp Pay received the NPCI nod to go live on the UPI network in the multi-bank model. The company also launched a ‘Shopping’ button, which looks like a storefront and is visible for WhatsApp Business accounts that have a product catalogue. If a user, while chatting with a business account, sees the ‘Shopping’ button, then it is understood that the business has a product catalogue.

The company also launched a new ‘Carts’ feature, allowing users to select multiple items for purchase from the product catalogue of WhatsApp Business accounts, and send their chosen entries as a message to the business.