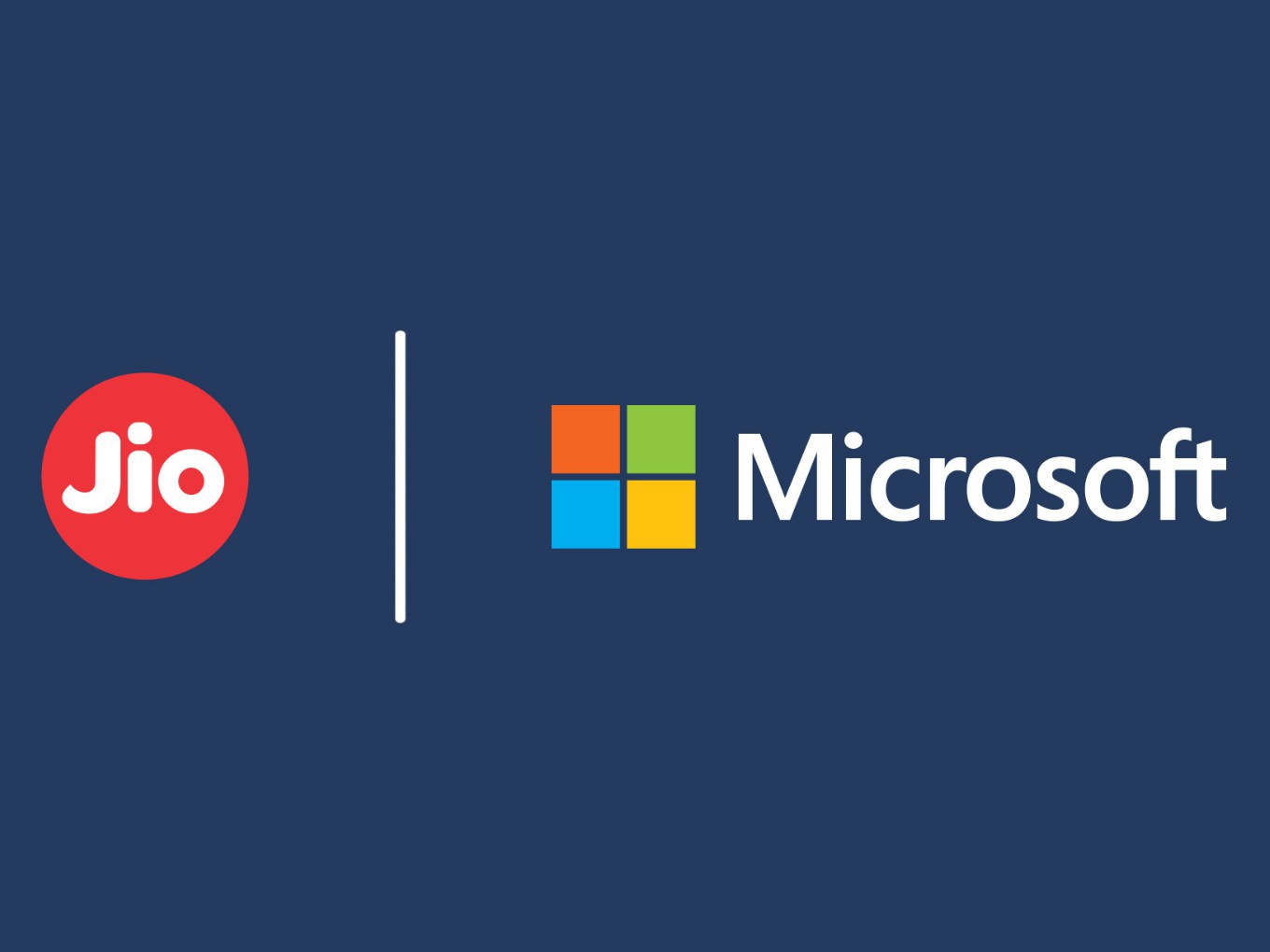 Startups will have to register on the Jio portal to access these services, which are expected to be available from January 2021. To provide these cloud services, Reliance Jio has announced a partnership with the tech giant Microsoft and its Azure cloud vertical.

According to Microsoft India Anant Maheshwari the collaboration with Jio is targetted at small and medium businesses in India, who need access to cloud-based productivity, collaboration and business applications. As part of the tie-up, Jio will also offer Microsoft Office 365 productivity suite and email exchange support to startups, he added.

Jio is said to be building new custom solutions on Microsoft Azure for large enterprises who have already benefited from Microsoft’s technology platforms. These companies will also get easy and affordable access to advanced technologies such as data analytics, AI, cognitive services, blockchain, IoT and edge computing.

For Microsoft, having the reach of Jio will be imperative in meeting the demand from the SME market as well as from new startups. As SMEs scale up and their operations expand, tech adoption will become crucial to achieve user growth and to manage the inflow of users and provide them with the same quality of service, businesses will leverage cloud-based data processing, SaaS and analytics.

Maheswari also noted that Jio will leverage Microsoft’s speech and language cognitive services for its device ecosystem, providing support in 13 Indian languages, with the flexibility to add other languages.

Jio’s internal workforce will now leverage the cloud-based Microsoft 365 productivity and collaboration tools and all the company’s non-network applications will also move to the Microsoft Azure cloud platform.

Further, Jio also announced plans to provide a bundle of connectivity and essential business productivity and automation tools to Indian small businesses for 1/10th the cost at INR 1.5K per month. The connectivity solution could be tied to Jio’s GigaFiber broadband service as well as 4G and upcoming 5G solutions.

“Jio’s customer base has crossed 340 Mn users and we are adding more than 10 Mn new customers per month. The potential for growth is immense, and 500Mn mark is soon to be achieved,” said Ambani.

According to Mary Meeker’s Internet Trends report, annual data usage of Jio network was between 17-18 exabytes (17 Bn -18 Bn GB) in the financial year 2018, which is almost two times growth from 9 exabytes data usage in FY 2017.

Reliance Retail and Jio are said to have collectively contributed nearly 32% to the consolidated EBITDA of the conglomerate, which is up from the 2% figure, five years ago, according to Ambani.

Ambani noted that till now Reliance has invested in 14 startups that have developed unique capabilities in their respective fields with a total of 1.5K engineers.

Following these, the company filings have recently revealed conglomerate’s plans to acquire an 87.6% stake in fashion ecommerce platform Fynd for INR 295 Cr (about $42.33 Mn).

Also in 2018, Bengaluru and San Diego headquartered NetraDyne has raised $8 Mn in funding from Reliance Industries for 37.4% stake in the company. Prior to this, Reliance Jio Music and Saavn have also merged operations to strengthen their foothold in the Indian music streaming market.