They have proposed delivery of beer through Swiggy, Zomato, Amazon, Grofers and Flipkart 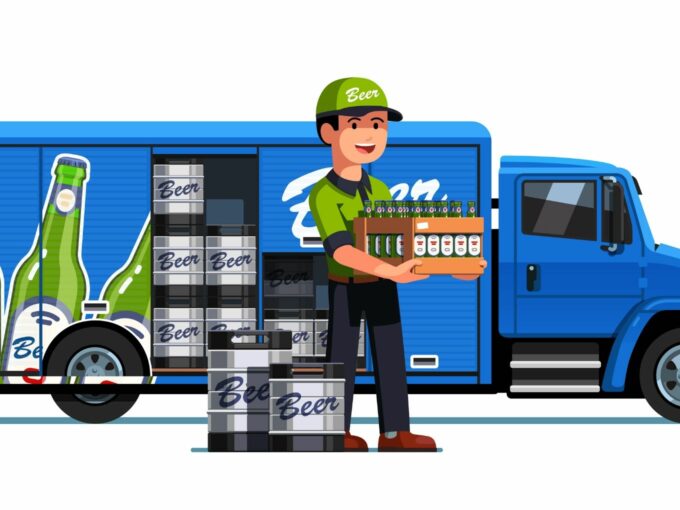 After liquor makers, leading beer manufacturers Bira, Carlsberg, United Breweries and Molson & Coors have knocked the doors of the state governments, seeking permission for an ecommerce portal to sell beer as the industry faces massive losses due to the lockdown.

With the support of All India Brewers’ Association (AIBA), beer makers have written letters to chief ministers of Maharashtra, Goa, Kerala, West Bengal, Haryana and three other states. Besides proposing the use of last-mile delivery ecommerce platforms like Swiggy, Zomato, Amazon, Grofers and Flipkart, they have also sought partial resumption of brewing facilities.

According to a report by the Economic Times, the letter cited the troubles faced by beer manufacturers amid Covid-19 pandemic. “It is imperative that state excise departments introduce policies that facilitate home delivery of beer, wine and alcohol,” the letter said.

In the letter, AIBA suggested state governments issue a separate license to ecommerce platforms for beer delivery. AIBA, a representative body of around 83 beer manufacturers, urged the government to issue these licenses to platforms like Flipkart, Amazon, Grofers, Zomato and Swiggy.

Director-general of AIBA Shobhan Roy said that sales through ecommerce and home delivery will reduce crowding at shops. “It’ll also ensure that beer sales and excise revenue are not impacted adversely,” Roy added.

Since lockdown was imposed, sale of beer has hit rock bottom. The letter said stringent lockdown measures have brought the businesses of brewers to a halt, especially during the peak consumption season of March to June when almost 40% of the year’s sales and revenues are generated.

With lockdown in place, people across India are not able to purchase alcohol, forcing them to look for illegal options. In many instances, they have been scammed. The letter from beer manufacturers also highlights that non-availability of beer and spirits has allegedly led to law order issues and sale of spurious liquor.

Excise duty on alcoholic beverages is one of the major sources of revenue for governments. The central government earns around INR 2.48 Tn from alcohol excise duties while state governments also earn thousands of crores from these taxes annually.

According to AIBA, allowing licensed alcohol beverage outlets to operate will restart some of the revenue streams for states. AIBA noted that beer and alcohol sales contribute close to 35% of revenues for many state governments.

The association drew a comparison to retailers and stated that while 85,000 outlets are licensed by the government to sell beer, over 12 million outlets sell FMCG products. “It is relatively easy to maintain social distancing norms and operate the limited number of beer and alcohol stores in a manner which is fully compliant with the government’s Covid-19 guidelines.” They also urged the government to allow home delivery of alcoholic beverages

AIBA also said the beer industry directly or indirectly employs over 7.5 million people – many of whom are daily wagers.

Prior to AIBA, the Confederation of Indian Alcoholic Beverage Companies (CIABC) reached out to state authorities with similar suggestions. Speaking to Inc42, CIABC director-general Vinod Giri said that it has also written letters to various state governments seeking permission for app-based or online delivery of liquor and alcohol.

However, Giri said that there are many challenges before such a facility could be opened anytime soon. He noted that regulatory challenges are the most difficult ones to cope up as others can be resolved by leveraging technologies.