Wine shops can sell alcohol through online applications in a marketplace model, said the group

State government regulations differ on permits for delivery for alcohol 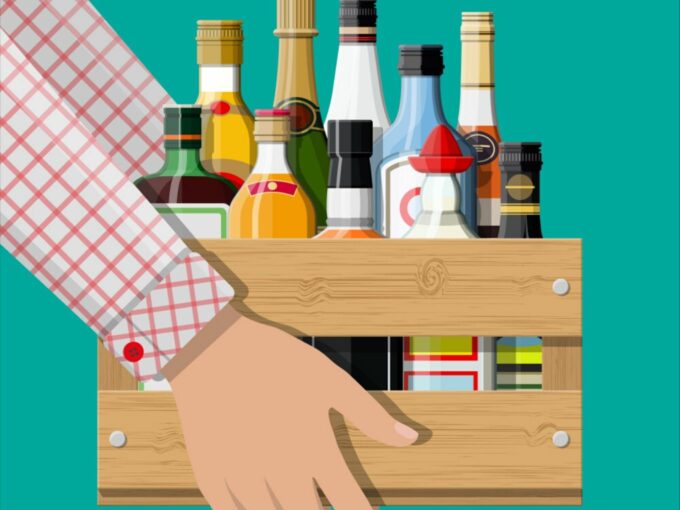 The Confederation of Indian Alcoholic Beverage Companies (CIABC) has urged central and state governments to allow the home delivery of alcoholic beverages as India has extended the lockdown for two more weeks. Citing huge loss in excise revenue, the body has written a letter to commerce minister Piyush Goyal, health minister Harsh Vardhan and chief ministers of all states seeking necessary permissions to roll out delivery of alcohol through online delivery services, according to a TOI report.

Besides CIABC, International Spirits and Wines Association of India has also raised similar requests in front of the government. While the CIABC is a representative body of Indian alcohol beverage makers, ISWAI raises the demands and concerns of international breweries and spirit-makers such as Diageo, Pernod Ricard and Beam Suntory.

Also, for the ease of delivery of alcohol, the organisation has suggested the government to provide curfew passes to home delivery personnel. For the necessary checks, it has asked the government to keep an eye on the amount delivered or frequency while proposing some measures for verification of the age as well.

Director-general of All India Brewers Association (AIBA) Shobhan Roy said that the beverage industry contributes close to $20 Bn in excise revenue and has close to a million workers. Roy added that employment has to come back at a certain stage as the livelihood of people is at stake.

In the past, many startups have tried delivering alcohol, however, after an early success, they had no option but to shut their operations, thanks to the shortcomings in excise laws. Other regulatory provisions which act as hurdles for online delivery of alcohol include obtaining various licenses, strict time provisions, and compliance with other state laws.

In one such case, Karnataka High Court, in a ruling, stated that the excise laws do not have the provisions to permit licensing of the alcohol delivery under Karnataka Excise Act, 1965. With this decision, the Chennai-based alcohol delivery platform HipBar closed down its services permanently.

Speaking to Inc42, CEO of HipBar Prasanna Natarajan said,  “HipBar is currently pursuing the limited legal remedy before the Karnataka High Court, but parallelly perusing the opportunity to work with different state governments to open up for home delivery of alcoholic beverages, including Karnataka government. After five years into being, the story has just begun and by no means over. The sector is truly well and ready for socially distant formats, which means tech comes into play.”

Currently, India is living under a state of lockdown and is following social distancing practice to curb the spread of the novel coronavirus. As a result of this lockdown, many experts have said that it is going to have long-lasting psychological effects.

For instance, director-general of CIABC Vinod Giri, in the letter, noted that social distancing will be new normal going forward. “With people following social distancing, the government may consider institutionalising home delivery as a separate channel administered online,” he added.