Porsche’s EV Taycan To Hit Indian Roads Soon: This Is How Much It Will Cost

Porsche’s EV Taycan To Hit Indian Roads Soon: This Is How Much It Will Cost

Taycan will cost around $370K in India 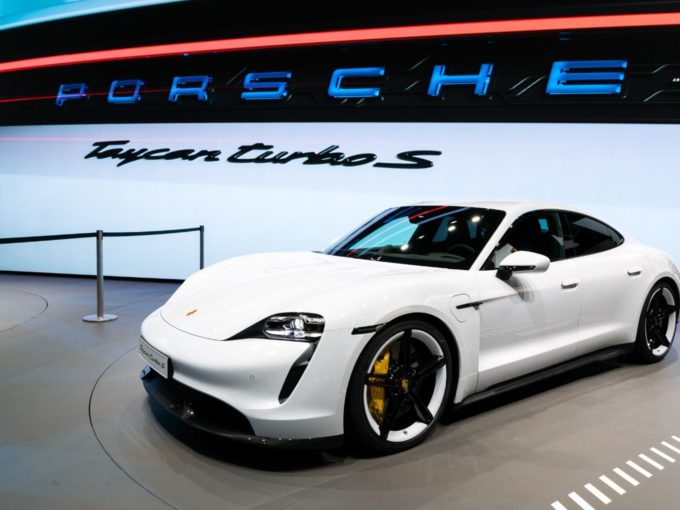 Two Germany automobile giants Mercedes Benz and BMW are already withholding their entry into the Indian emobility market by citing nascent infrastructure and affordability of electric vehicle (EV). However, the third major giant Porsche has decided to grab on to the market with its all-electric car Taycan, which will be launched in July 2020 for a whooping $370,000.

Although, Porsche’s Taycan is estimated to cost around $100,000 (INR 70 Lakh) for the base price and $150,900 (INR 1.06 Cr) outside India, but the local car duties make imported luxury cars about 2.5 times more expensive than their cost in Europe, said Pavan Shetty, director of Porsche India.

Shetty said that the increased cost due to local duties is one of the reasons Elon Musk’s Tesla is trying to stay out of India. He further added that unlike Tesla, Porsche is not volume chasers and the company realises that it cannot change the law of the land. “The question is do you want to do business or do you not want to do business. I want to do business,” Shetty emphasised.

Even though both Indian and foreign players have been skeptical about the rapid growth and adaptability of the EV in Indian, specifically due to the pricing of the vehicle, Porsche has not paid much heed to it. With the launch of Taycan, which will end up costing INR 2.61 Cr in the Indian currency, Porsche is looking to target ultra-rich Indians, who have the capability to buy it.

Hyundai’s Kona’s prices, in addition to the lack of charging infrastructure, has affected the sale of the vehicle. Kona, which was launched in July 2019, managed to sell only 130 cars in August 2019.

British automobile maker, MG Motors, has also launched its electric SUV, MG ZS electric vehicle, in India last week in the same price bracket as Hyundai’s Kona. The electric SUV is priced in a range of INR 22 Lakh ($31K) to INR 25 Lakh ($35K). To get rid of the infrastructural barrier, the company has aggressively started installing charging infrastructure across India. The British Manufacturer also installed its first EV fast-charging station in Gurugram in November 2019.

A Bloomberg report suggests India managed to sell only 8K EV in the last six-year. With high pricing and the infrastructure still at the nascent stages, all we can do is wait and see how the market unfolds for the three players.