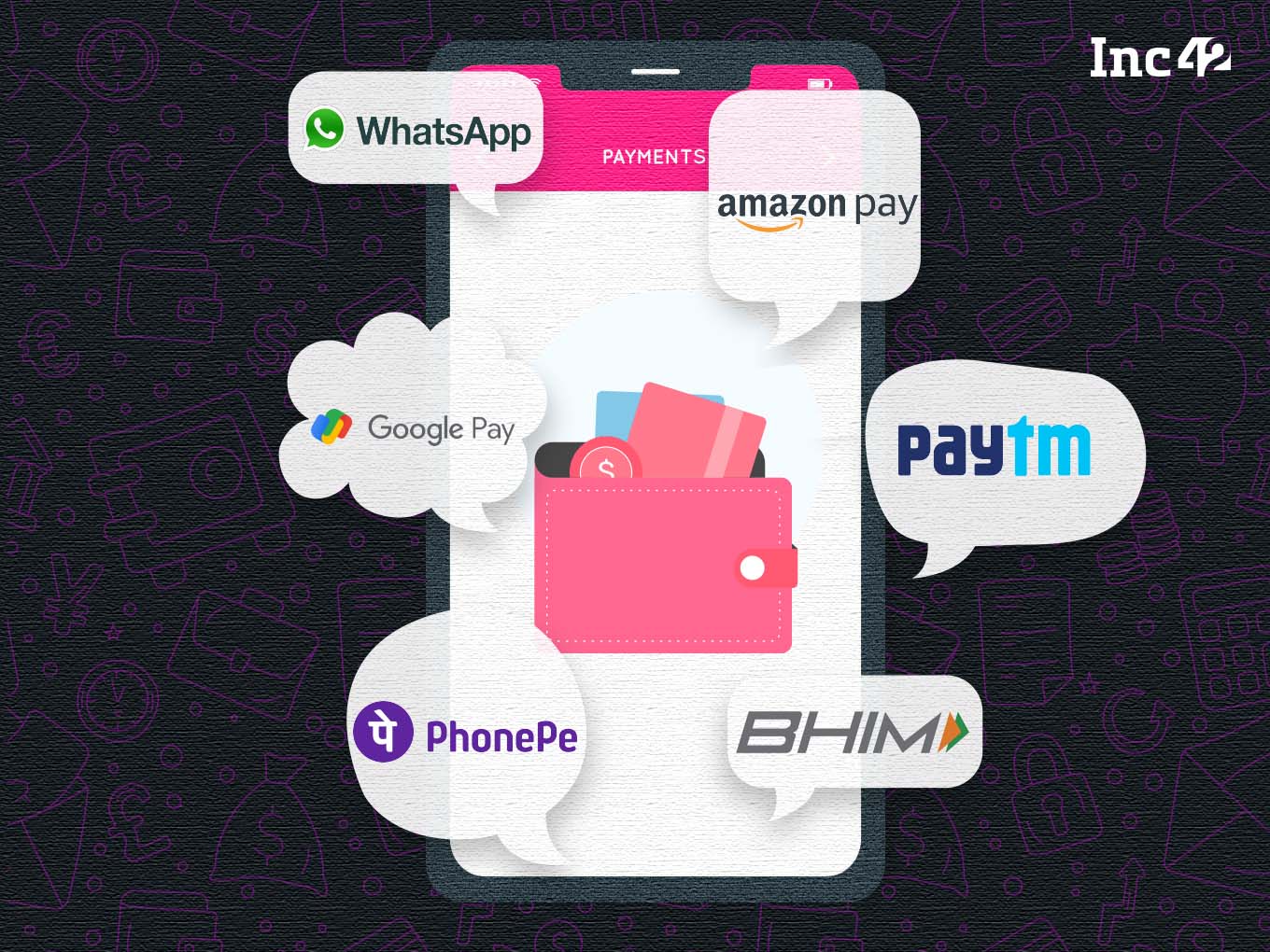 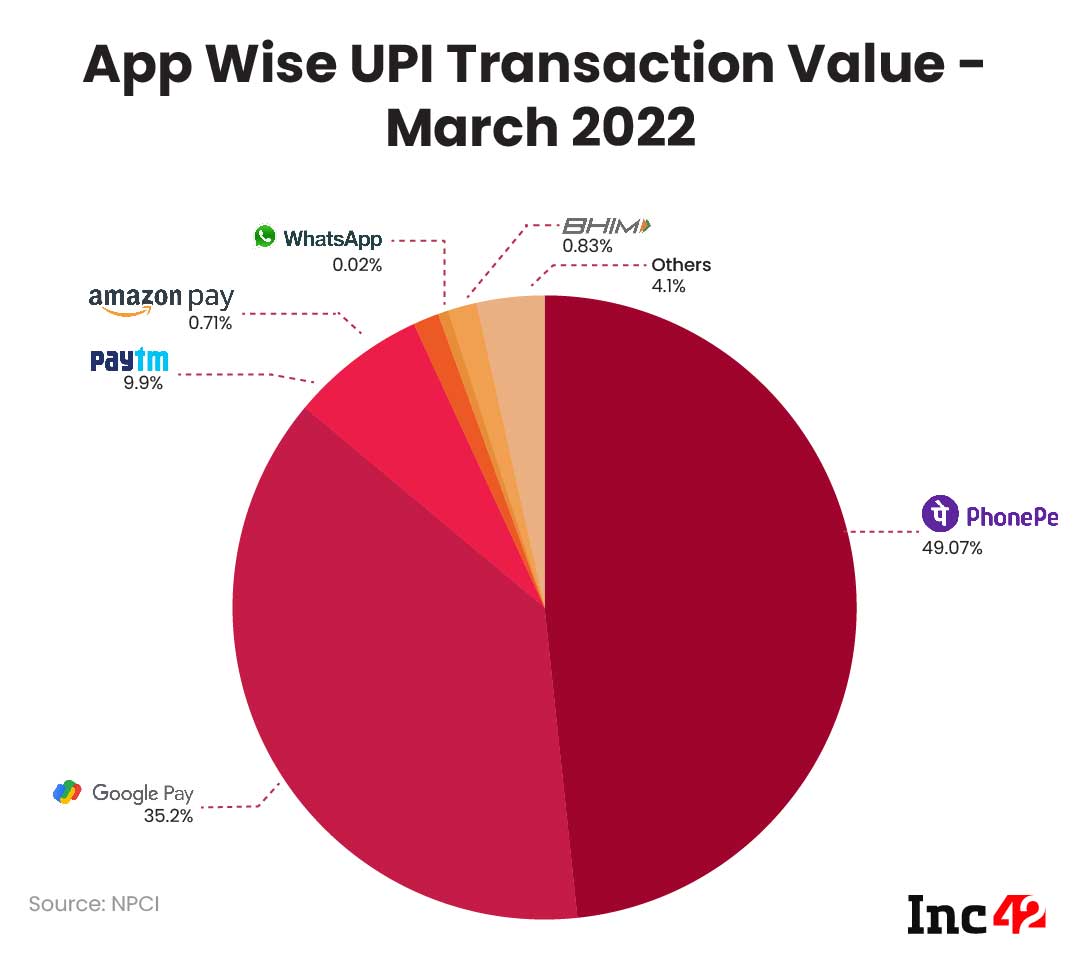 The end of the financial year 2021-2022 also marked the launch of UPI123Pay –  the digital payments solution for feature phones. Thus, this month we have also included BHIM in our list, which has recorded 2.5 Cr transactions worth INR 8,050 Cr — a month-on-month increase of 2%. Showcasing that users are accepting BHIM on feature phones, over 37,000 users have joined UPI123Pay where 21,833 successful transactions have taken place since its launch on March 8, 2022. 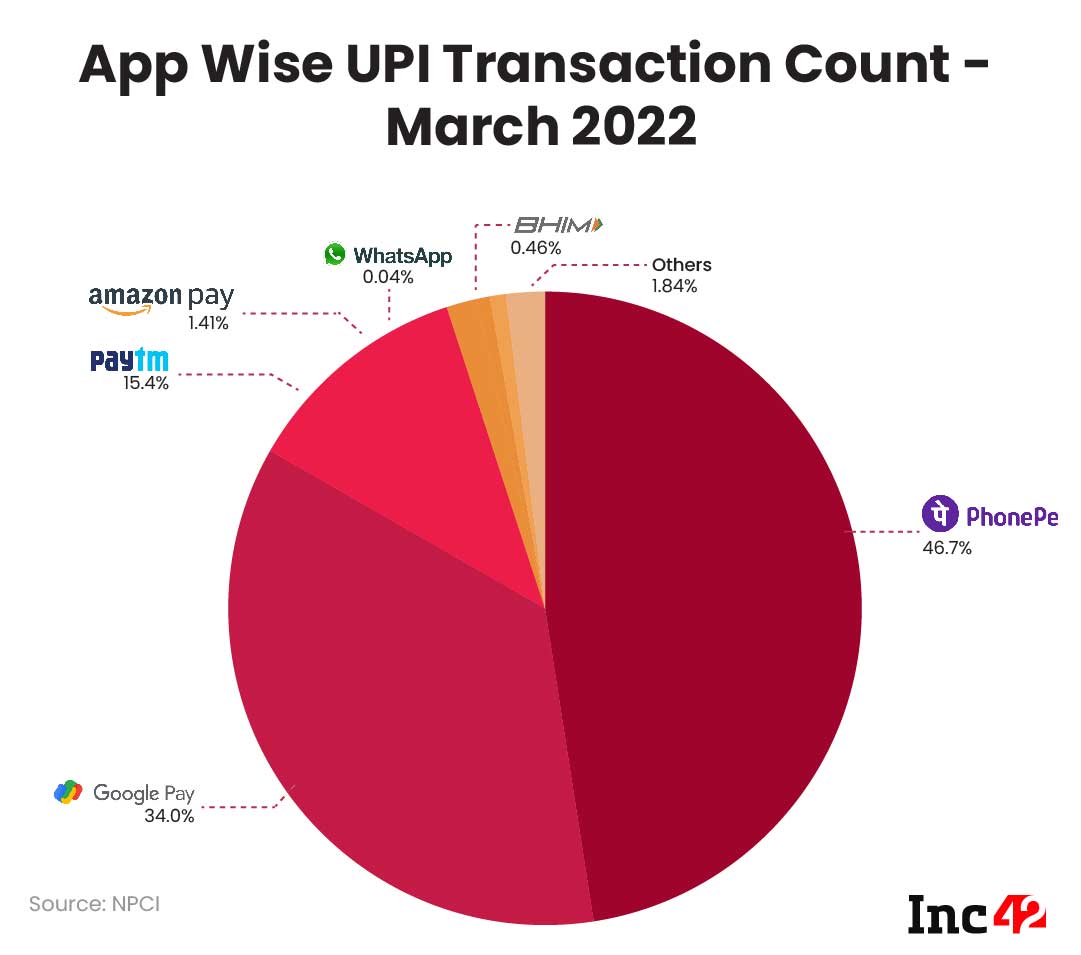 Google Pay is second in line in the UPI market leadership. The payment giant commanded a little over 34% of the total market share in March 2022 with transactions worth INR 3.39 Lakh Cr. While Google Pay’s UPI transaction volume grew 16.35% MoM, in a big relief to the company, its total share remained the same as February 2022 – 34%. 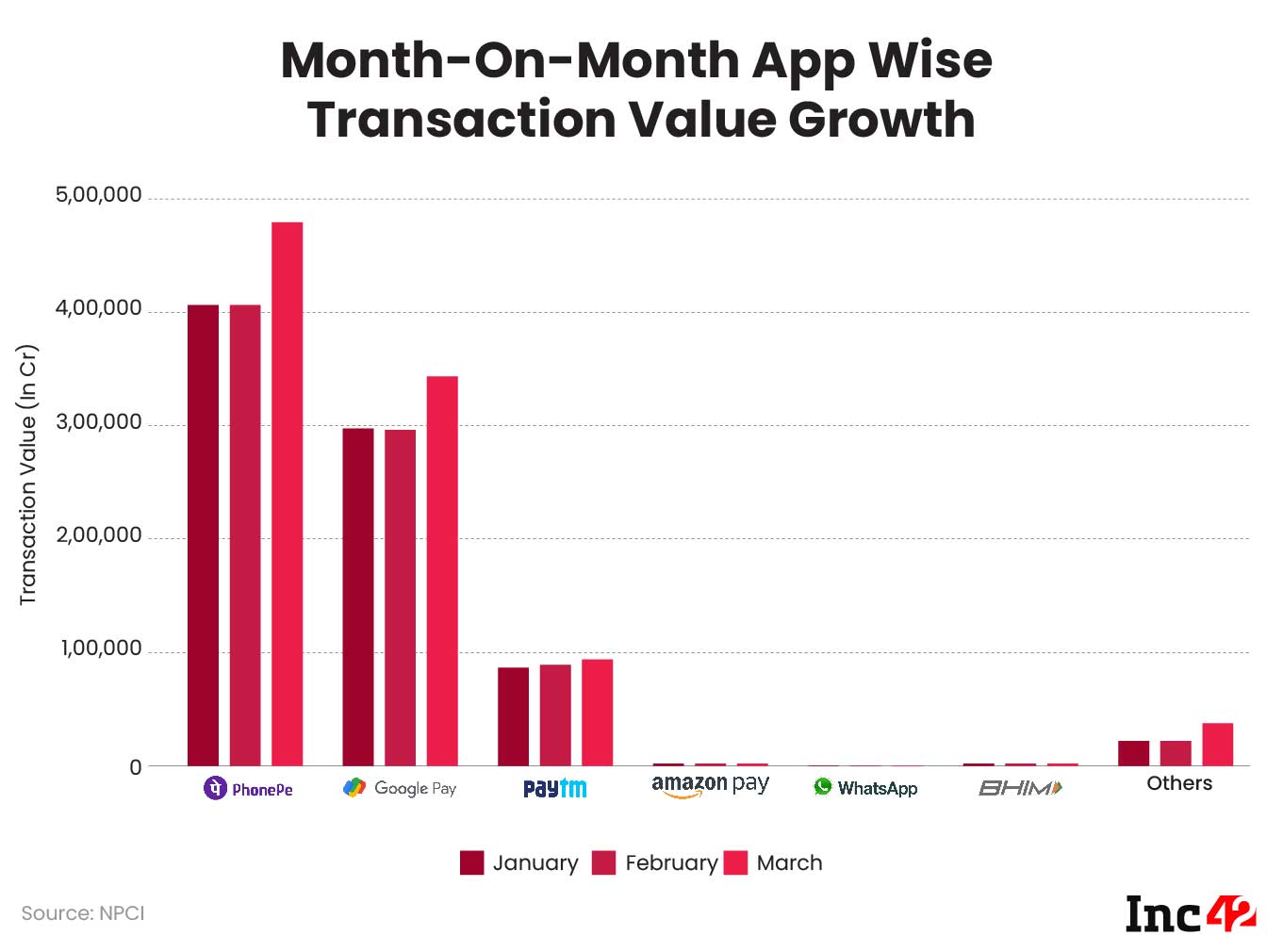 The US-based giant’s Indian payment subsidiary has more than 10 Mn merchants across 19,000 pin codes and 220 Mn+ users. It is looking to downsize its market share, due to the new TPAP guidelines discouraging monopoly (or in UPI’s case duopoly), by limiting the market cap to 30% per payment app.

Most recently, Google Pay also introduced a new UI for users, with features such as splitting bills, voice and language support, enabling an online storefront for merchants to sell directly on the app, among others.

The TPAP guidelines are also the same reason why WhatsApp has been disallowed from leveraging its payments platform to more than 500 Mn users in the country. For context, WhatsApp had 487 Mn registered users in 2021 in India alone, with 390 Mn active users, growing 16% year-on-year.

To restrain WhatsApp from undermining the competition and creating a monopoly, its initial rollout was limited to 20 Mn users. But in relief of the Meta-owned WhatsApp Pay, NPCI has recently allowed it to double the number of users on its payment platform in India to 40 Mn people. Thus, in March 2022, WhatsApp recorded 25.4 Lakh transactions worth INR 239.78 Cr. 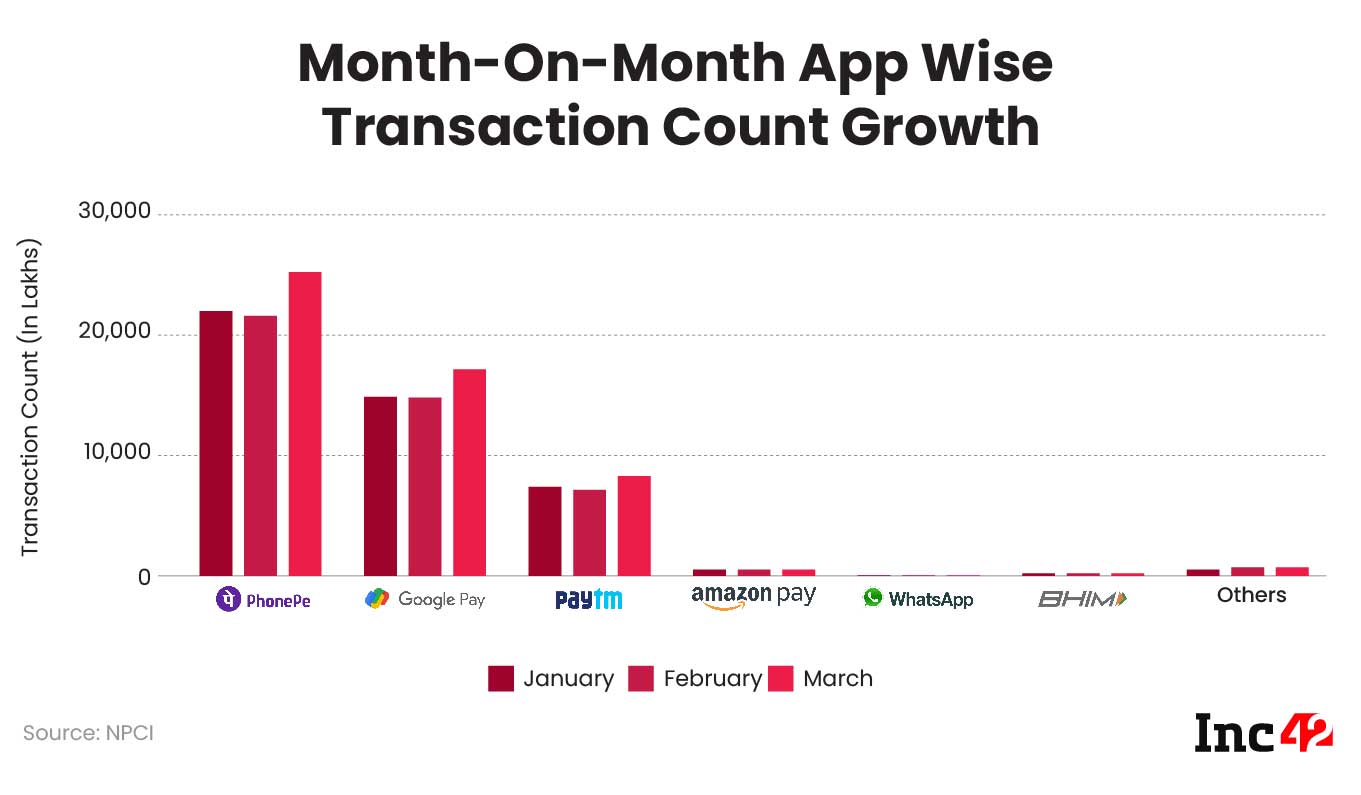