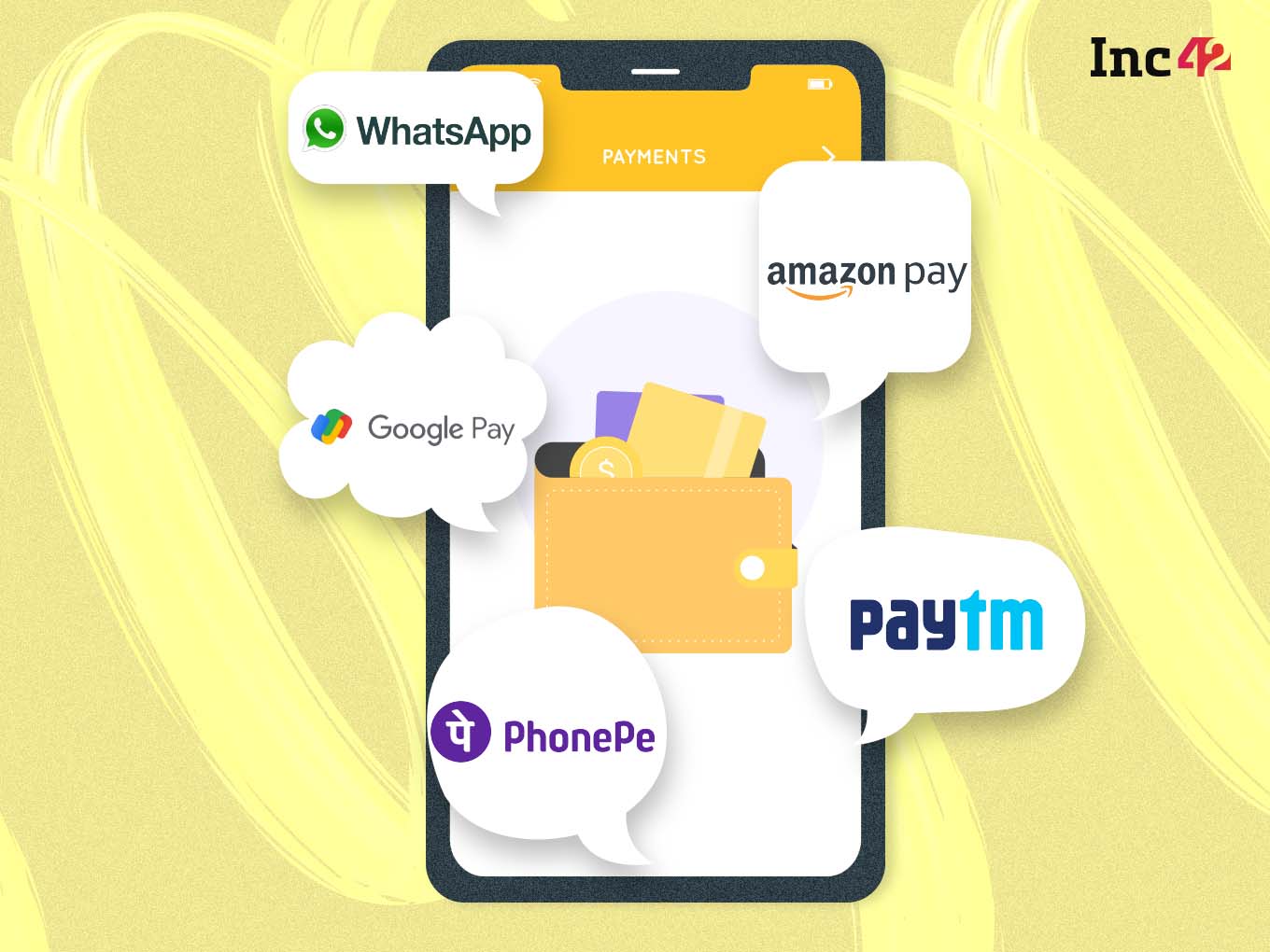 The only reason the apps have maintained their respective market share is due to the overall UPI transaction count and value falling from INR 8.31 Lakh Cr to INR 8.27 Lakh Cr

In 2021, PhonePe led the industry on all key metrics including value and value of transactions, registered users as well as merchant coverage. The startup has been the market leader in UPI with more than 46% market share in the value of transactions processed last year, having crossed the 350 Mn registered user mark, clocking a 28% average month-on-month growth from January to December 2021. 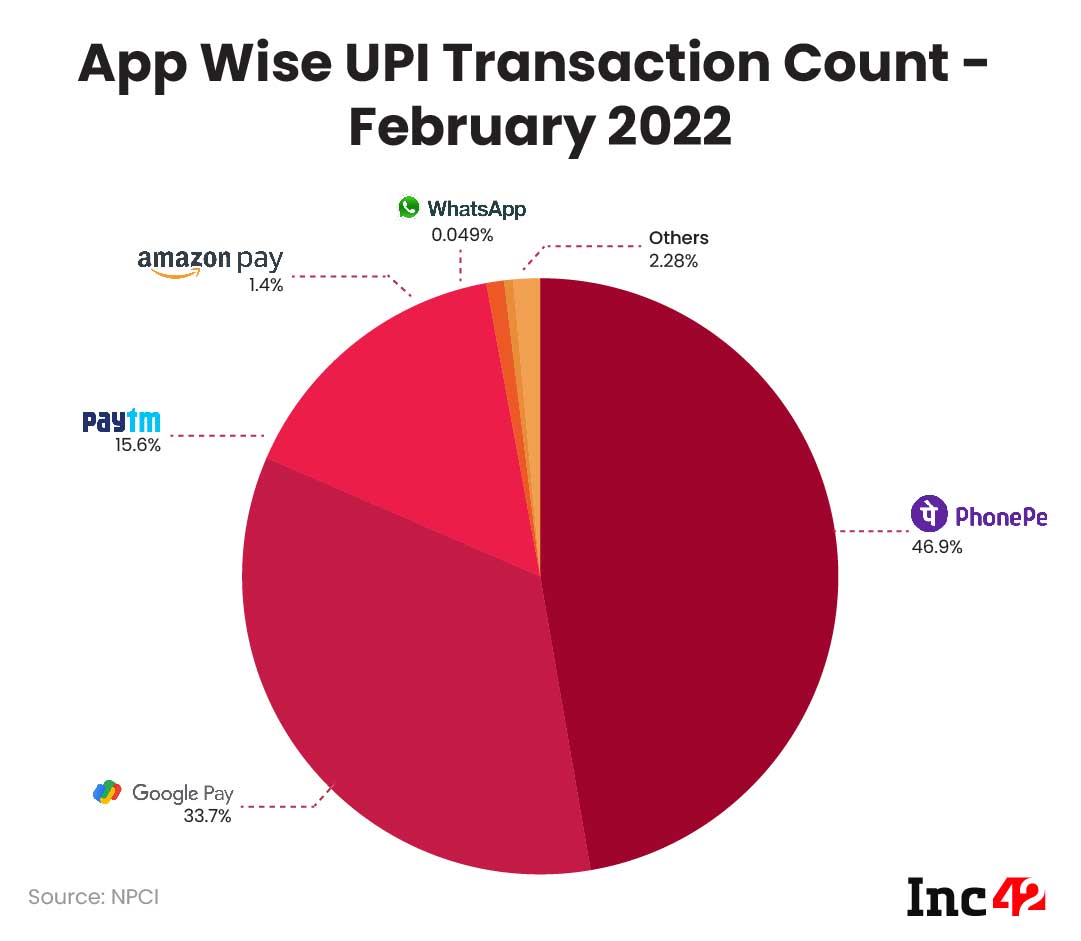 Google Pay’s market share, only second in line after PhonePe, fell from 34.4% to 33.7%. While traditionally a fall in the market share is not a good sign for any company, this may be good news for the US-based tech giant’s fintech arm. 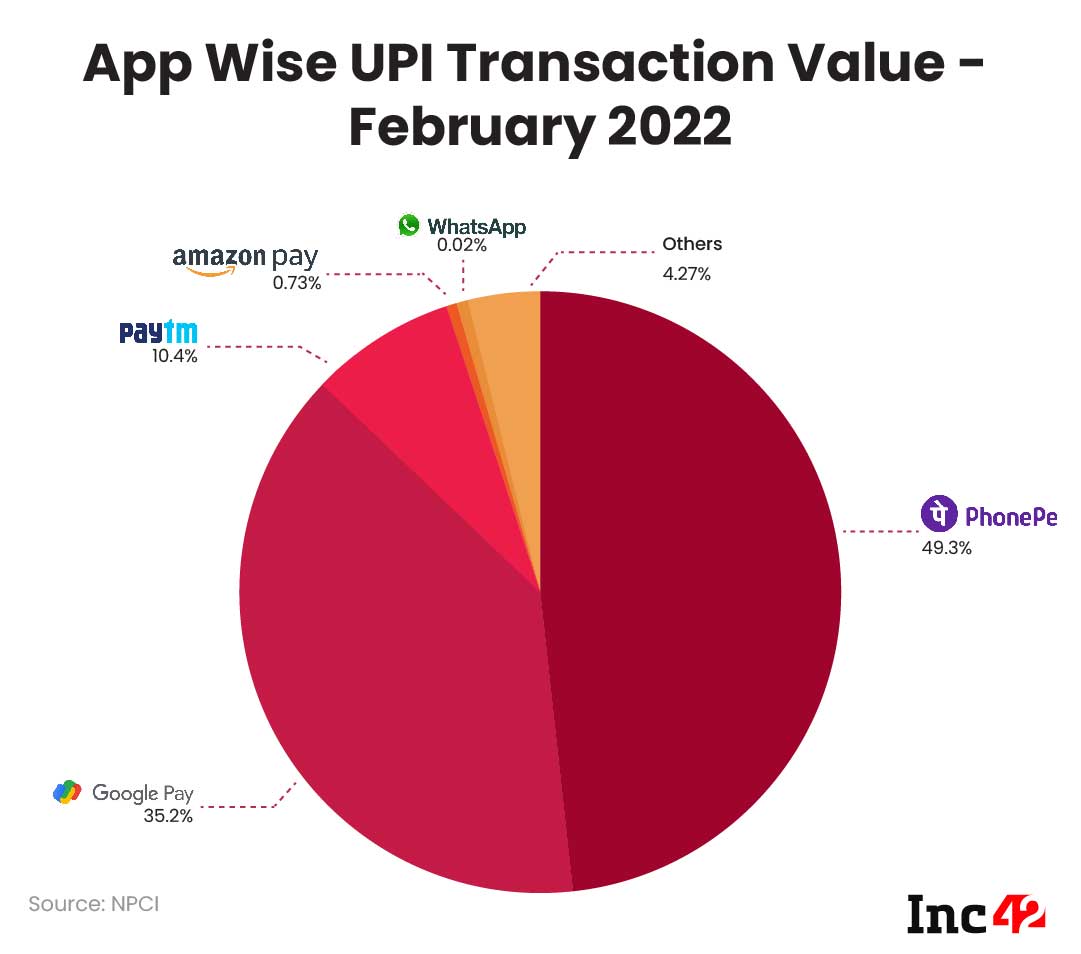 NPCI’s guideline had asked the third-party app providers (TPAP) to cap their transaction values at 30% by December 2023 — i.e PhonePe and Google Pay need to reduce their market shares. The TPAP guidelines, aimed to prevent oligopoly and promote competition, is also one of the reasons why WhatsApp has only 0.025% UPI market share. 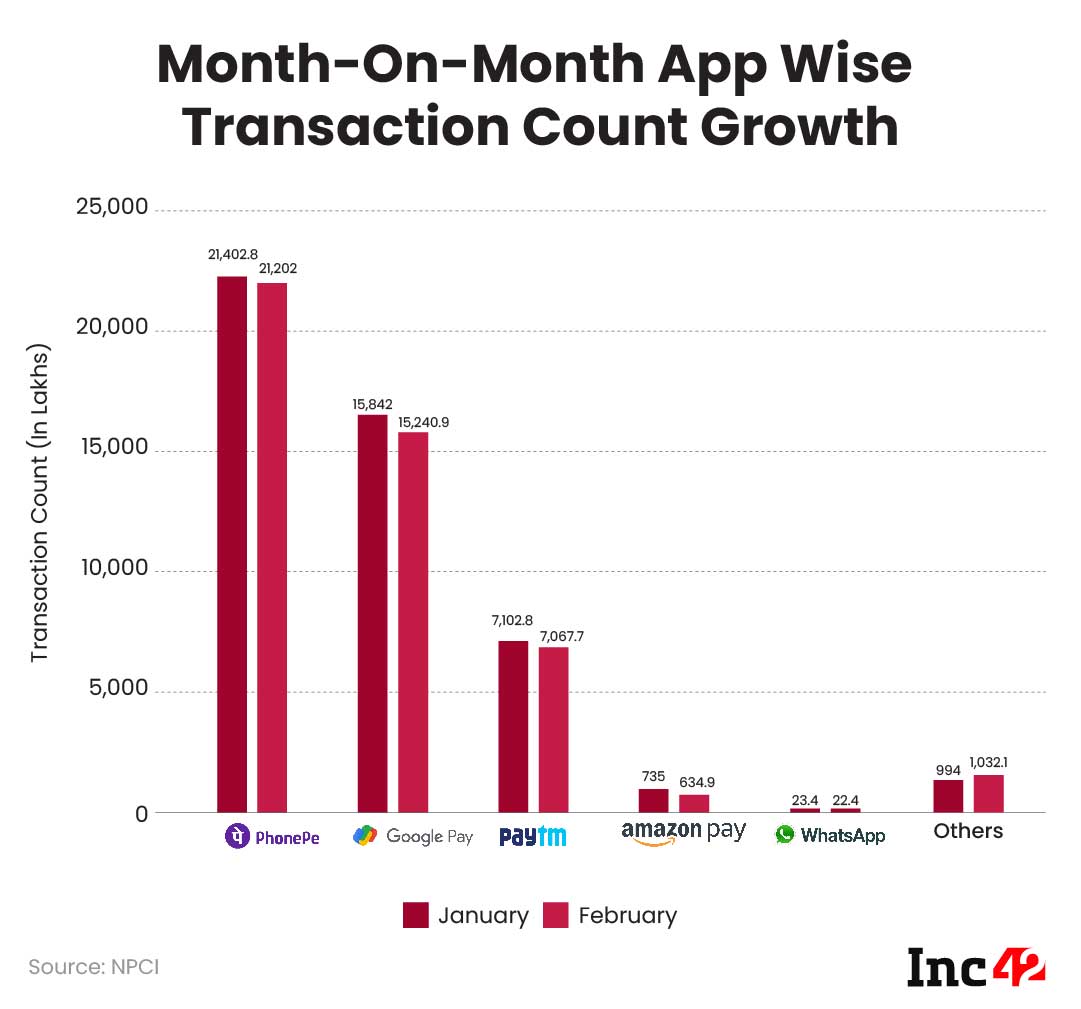 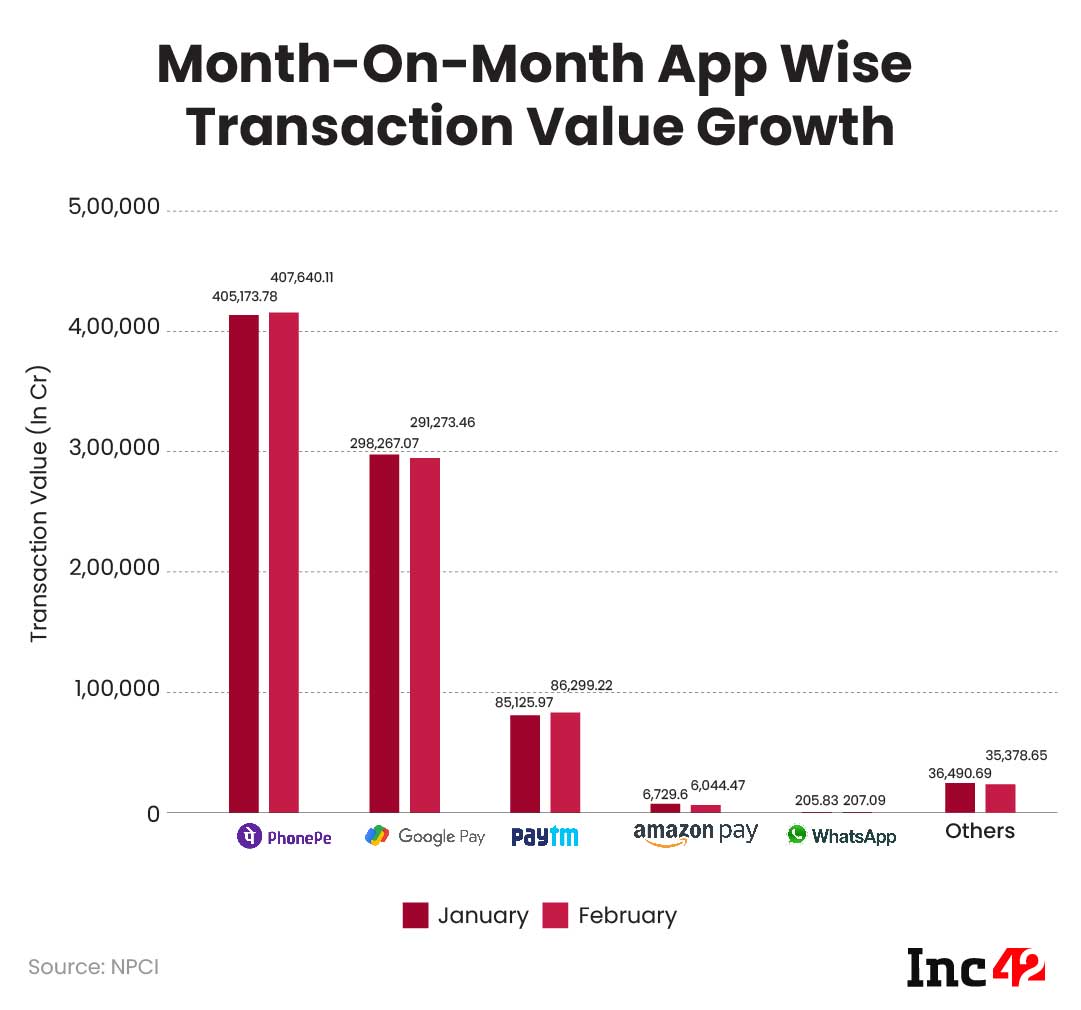 During her Union Budget 2022 address, Finance Minister Nirmala Sitharaman proposed to renew the INR 1,500 Cr allocation for boosting adoption of digital payments in India, but the biggest question that remains unanswered is the lack of MDR in UPI payments.

The payments ecosystem has been calling for the abolishing of the zero MDR regime for UPI and RuPay transactions, which greatly limit the monetisation potential of UPI-based businesses, particularly for individual-to-merchant transactions.

MDR is the fee that a merchant pays to a bank to facilitate a digital transaction and is currently capped at 0.9% of the transaction value for payment channels other than credit cards — for the latter, MDR is market-determined.

The Payments Council of India (PCI), the largest industry body for the digital payments ecosystem, said the industry expects a loss of INR 5,500 Cr due to zero MDR, so while the government has taken steps to boost the adoption of digital payments, the question of losses for UPI apps is yet to be answered.

Alternately, last year, RBI announced bringing UPI on feature phones. The apex bank observed that around 74 Cr mobile phone users have smartphones in the country out of the total 118 Cr mobile users. The feature phone support for UPI could be more critical to UPI’s growth story as well as financial inclusion and digital penetration.

While it will increase UPI adoption in India, the move is likely to affect the market share of smartphone-enabled mobile apps, reducing their market share, as the total number of transaction value and the count will increase significantly. The fall in market share will benefit PhonePe and Google Pay due to the TPAP guidelines, but likely adversely affect Paytm, Amazon Pay and WhatsApp Pay.