In a notification issued by the NPCI, it has allowed WhatsApp to double the number of users on its payment service from 20 Mn to 40 Mn.

According to an earlier notification issued by the body, no single third-party payment app is allowed to control more than 30% of the transactions that happen on the UPI platform.

Even though PhonePe and Google Pay capture 47% and 34% of the market, respectively, so they have been given until December 2023 to comply with the restriction. 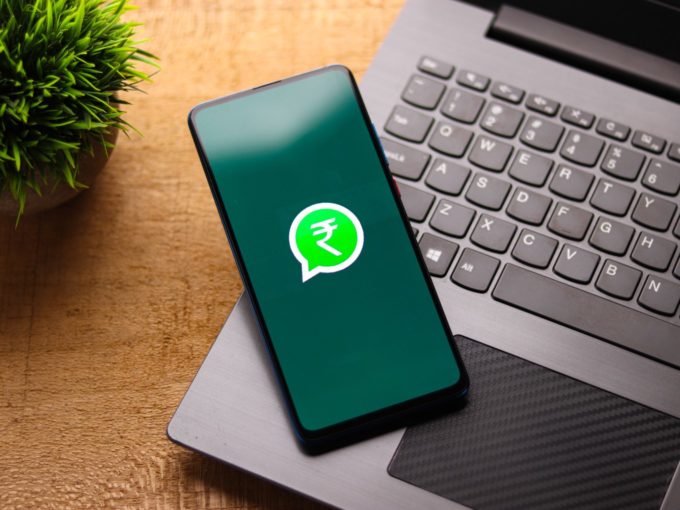 The National Payments Corporation of India (NPCI) has allowed WhatsApp to double the number of users on its payment platform in India to 40 Mn people, according to an NPCI note.

Earlier the Facebook-owned instant messaging service had requested the government to remove the cap of users on its payment service. Now, the NCPI has agreed to increase its number of users which is currently capped at 20 Mn, to be grown in a graded manner.

According to a notification it released in November, third-party app providers (TPAP) like Google Pay, PhonePe etc. would not be allowed to process more than 30% of the total volume of transactions occurring through UPI interfaces. This restriction seems to be aimed at avoiding the formation of an oligopoly and encouraging competition.

Flipkart-backed PhonePe and Google’s Google Pay currently own 47% and 34% of the UPI payments market share but they have been allowed until December 2023 to bring it below the 30% threshold set by the NPCI. This restriction is also why WhatsApp can’t leverage its more than 500 Mn users in the country to increase adoption of Whatsapp Pay.

According to the standard operating procedure (SOP) issued in the notification, volume of transactions through each TPAP will be controlled by limiting user onboarding. If a single TPAP’s market share hits the 35-37% threshold, the NPCI will trigger a first alert h=through an email or a letter to a third-party payment provider and its partner banks; these institutions will have to acknowledge this alert. 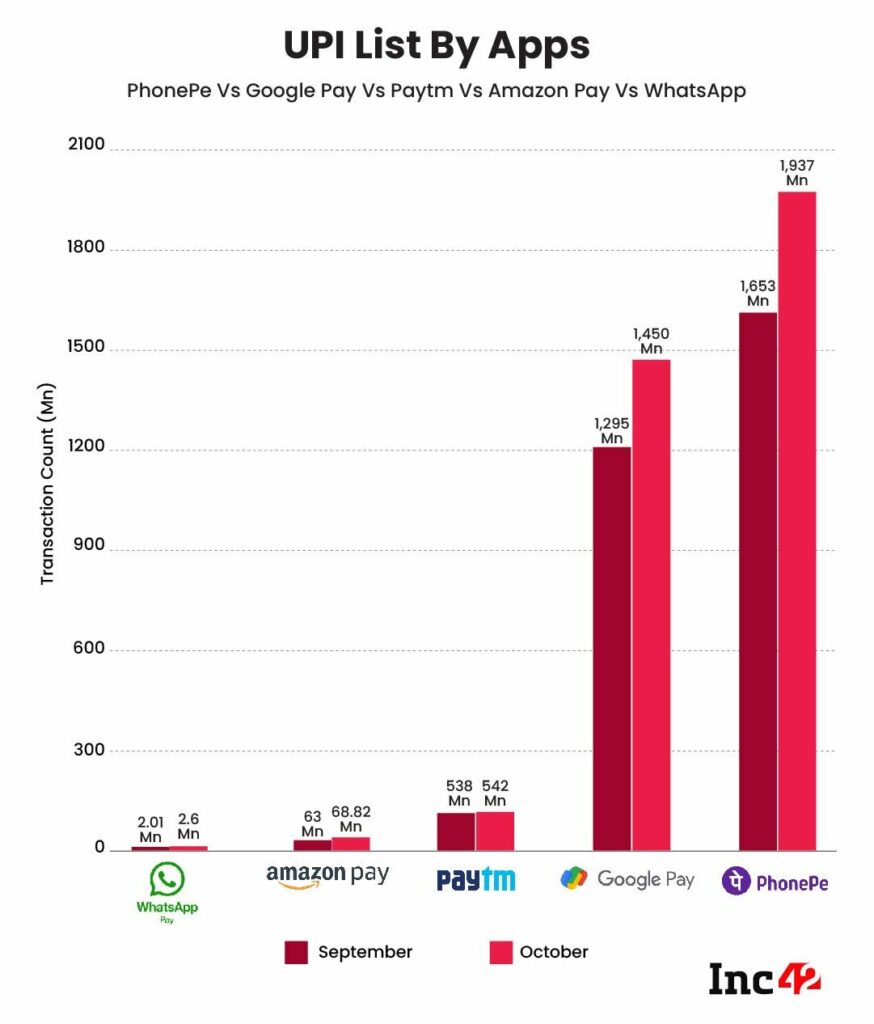 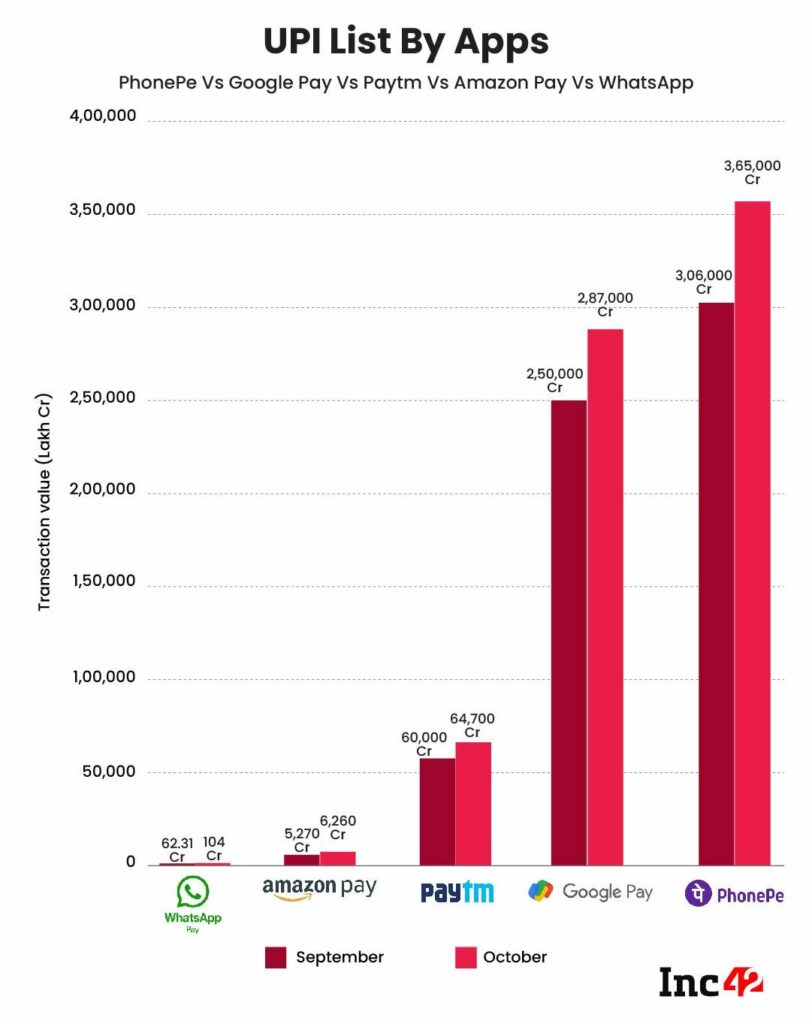 Once a TPAP hits 27-30% market share, a second alert will be given, and the entity involved will have to provide evidence that actions were undertaken to comply with the market cap restriction. Once it crosses the 30% mark, these apps will have to stop onboarding users immediately.

Based on the current scenario, where the two largest players have two years left to implement the market share cap, and where WhatsApp Pay, the new entrant, is restricted to a mere 40 Mn users, it seems like the market will maintain its status quo.