In the past two trading days, the stock had fallen nearly 37% 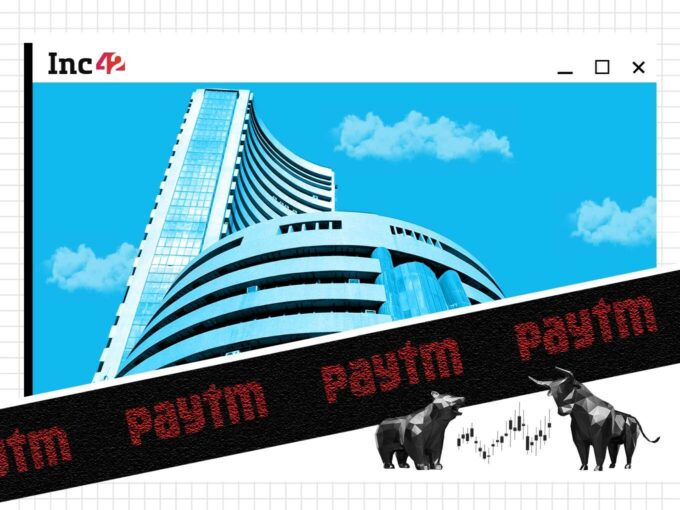 Shares of One97 Communications, which runs digital payments major Paytm which were on a freefall in their first two trading sessions seemed to have recovered today in its share pricing.

In the past two trading days, the stock had fallen nearly 37%.

Analysts were of the view that investors have taken to bargain buying and bought the shares at lower levels.

As the share prices rose, its market capitalisation also increased to INR 96,398.29 Cr.

Further, amid questions being raised over its profitability, market leadership and valuations, Paytm on Sunday said that it recorded a 131% rise in its gross merchandise value (GMV) in October, at around INR 83,200 Cr ($11.2 Bn).

In a regulatory filing on Sunday, One97 Communications said that its monthly transacting users (MTU) have consistently grown in FY 2021 and in the first two quarters of FY 2022. The trajectory continued in October 2021 with 6.3 Cr MTUs, growth of 35% year-on-year over the 4.7 Cr MTUs in October 2020.

On November 18th, Paytm made its stock market debut and got listed at a discount of over 9% from its issue price of INR 2,150.

The listing was largely on expected lines after a slower than anticipated response to the INR 18,300 initial public offering. Its offer during November 8–November 10 was subscribed 1.89 times.