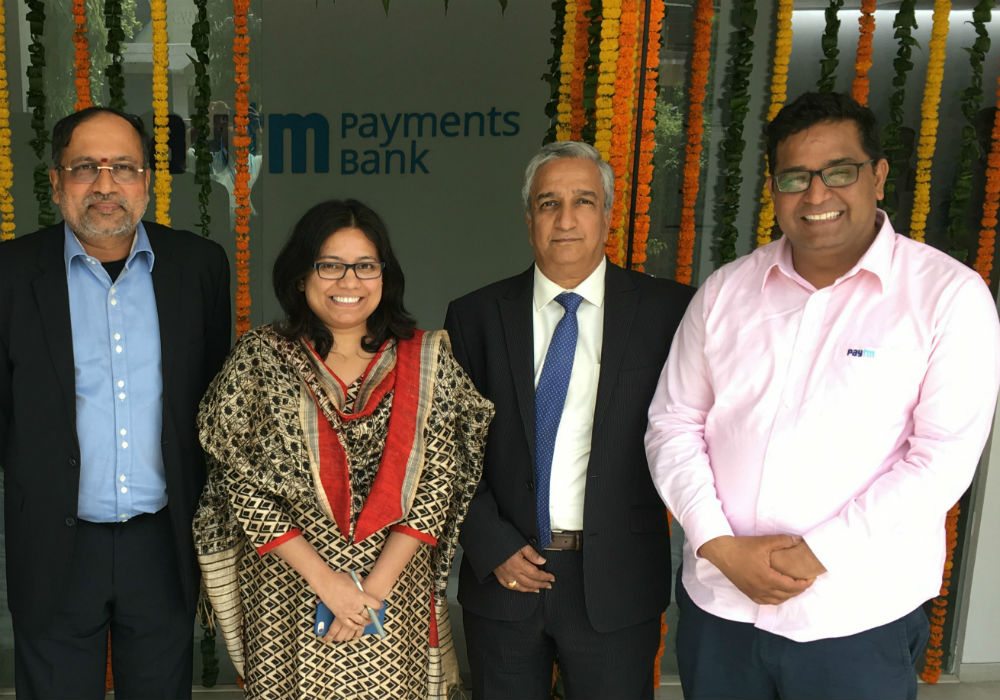 Paytm today held a board meeting to formally approve the launch of the Paytm Payments Bank.

Paytm founder and CEO Vijay Shekhar Sharma will be the non-Executive Chairman and Renu Satti, CEO – Paytm Payments Bank, will also be a Director on the board.

Commenting on the development, Renu Satti, CEO – Paytm Payments Bank said, “We are honoured to welcome Bhaskar, Sundararajan, and Lilani to the Paytm Payments Bank Board. We are privileged to have such imminent experts as mentors as we chart our way towards building India’s most trusted and consumer-friendly bank and bring half a billion Indians to the mainstream economy.”

Paytm has unveiled the Paytm Payments Bank. It is a mobile-first bank with zero charges on all online transactions and no minimum balance requirement.

The Paytm Payments Bank will be the first bank to offer cashbacks on deposits. Every customer to open a Payments Bank account will get a cashback of INR 250, as soon they bring deposits of a total of $387 (INR 25K). Apart from this customers will be given zero charges on all online transactions (such as IMPS, NEFT, RTGS) and no minimum balance requirement. For savings accounts, the company would also offer an interest of 4% per annum.

Initially, Paytm Payments Bank accounts will be available on an invite-only basis.  But the company plans to open 31 branches and 3,000 customer service points in a year.

Paytm was initially planning to launch the Payments Bank around Diwali last year, in November 2016, but Airtel beat Paytm to become the first payments bank in the country to go live with a pilot in Rajasthan. India Post also opened its payments bank in January 2017. The first two branches of the bank were opened in Ranchi and Raipur.

In December 2016, One97 Communications, the parent company of Paytm issued a public notice that it would be transferring its wallet business, to the newly-incorporated Payment Bank entity. Later, in January 2017, One97 Communications received permission from the Reserve Bank of India to formally launch the Paytm Payments Bank.