Ola Share, UberPOOL Are Said To Have Violated The Motor Vehicles Act 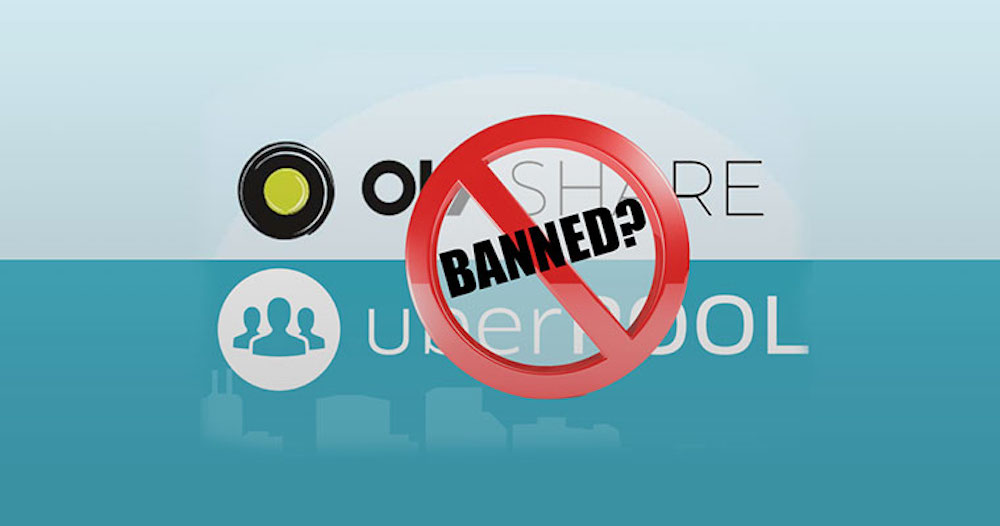 The Delhi government, under its new City Taxi Policy 2017, may place a ban on ride-sharing services like Ola Share and UberPOOL in Delhi. The amendment will come under the purview of Motor Vehicles Act, 1988.

According to this act, taxis in the city can run only under contract carriage permits. This means they are only allowed to be hired from one point to another and cannot pick and drop multiple passengers. Only public utility vehicles such as city buses are allowed to do so.

As stated by a government official to ET, “In principle, we are in favour of cab-sharing as it not only provides affordable commuting option to passengers but also reduces the number of vehicles on roads. However, such operations don’t come under the present legal framework as taxis are only allowed to be hired from one point to another and cannot pick and drop passengers.”

The government also intends to put a cap on the size of taxi fleet and the prices charged from the consumer by the cab aggregators as well as other taxi associations active in the city.

As notified by the AAP government in an official statement, the report is being finalised and the decision will soon be notified to the concerned entities. However, media reports have claimed, “transport department officials are sure that sharing a ride would not be allowed.”

“We plan to regulate operations of app-based cab services. Though a number of features of the scheme are yet to be finalised, the cab-sharing option would definitely have to go as it is legally not permitted,” the official told ET.

Earlier also, both Ola and Uber had to bear setbacks from state governments for their ride sharing. Recently, in February 2017, UberPool and Ola Share were both given final notices by the Karnataka government to halt their services in the state. Later, in the same month, Delhi government too moved to place a ban on shared cab services in the state. Prior to this, in March 2016, Uber and Ola’s bike sharing services, uberMoto and Ola Bike were also declared ‘illegal’ by the Karnataka State Transport Department and were consequently banned from the state.

Both Ola and Uber came to India around the same time in 2015. Since then, both players have claimed to play a crucial role in positively impacting the two major issues – heavy city traffic and high carbon dioxide emissions in the air.

UberPOOL was first launched in India in September 2015, with Bengaluru as its first stop. The cab-sharing service is currently active in six Indian cities – Mumbai, Bengaluru, Hyderabad, Delhi, Pune, and Kolkata. Together in these six cities, UberPOOL claims to have saved 3.44 Mn liters of the fuel, and reduced 8.12 Mn kg of carbon dioxide emissions in the last one year.

Ola Share which was launched in October 2015 in nine cities, has now expanded to 26 cities, along with a number of additional perks to the rider sharing the cab. Since its inception, Ola Share claims to have effectively saved 7 million+ liters of fuel and reduced CO2 emissions by 12 million+ kilograms.

Both Ola and Uber also launched a ‘Pass’ service to allow consumers to take the shared service at fixed prices. Also, as a part of the year-long #FarakPadtaHai campaign, Ola partnered with Traffic Police Departments across key cities such as Delhi, Mumbai, Bengaluru, Pune, and Noida. During the drive, senior traffic police officials handed out saplings to commuters across key traffic junctions in the cities and reminded them to share rides and help decongest city traffic and reduce pollution.

Since selling its Chinese operations to Beijing-based Didi Chuxing last year, Uber has focussed efforts on capturing the Indian market through services like UberPASS, which allows customers to avail discounted fares and on-demand food delivery platform UberEATS. The past year has been especially tumultuous for the San Francisco-headquartered online transportation startup, which managed to generate only $3 Mn (INR 18.7 Cr) of profit in India. A similar story can be seen in the case of home-bred Ola, which is struggling to grapple with losses that have risen to over $300 Mn. The latest ban will probably cost both companies dearly.

Is The Ban On Ride-Sharing Services Justified?

A contradiction can be seen in earlier state versus central government policies as well as state-owned framed policies.

In January 2016, Delhi CM Arvind Kejriwal had implemented the odd-even formula in New Delhi. Back then, CM Kejriwal had urged the Delhi community to use car pooling services and public transport to reach their destinations.

Recently, the Indian government also revealed its intentions to make use of private vehicles as taxis for carpooling, in order to curb traffic congestion. India’s federal think-tank, NITI Aayog, led by PM Narendra Modi, has partnered with cab sharing companies including US-based Uber, “to assess the economic and environmental impact of using private cars as taxis.”

Prior to this, NITI Aayog also came up with a 15-year roadmap for transforming vehicle use. As per a report released by NITI Aayog, “India could save as much as $60 Bn in energy costs by 2030 and one gigatonne of carbon emissions between 2017 and 2030 by adopting more electric and shared vehicles.”

If we go by figures, then according to Mercer’s Quality of Living rankings 2017, the city of New Delhi ranked the lowest, amongst the surveyed cities, on account of “notorious” crime rate, air pollution and water availability.

Furthermore, as per the latest reports, the carbon emission in India grew over 5% in 2015, even as global carbon emissions remained stable that year. Also, Climate Action Tracker, in its May 2017 report, has termed India’s effort to reduce global warming and reach its set targets under the Paris Trade Agreement as ‘Medium.’

“Ridesharing products like uberPOOL are the future of urban mobility, helping decongest cities by getting more people into fewer cars and letting riders move around their city more affordably.

With the cost of shared rides up to 50% less than traveling solo, response to uberPOOL in Delhi has been phenomenal. More than 30% of our total trips in the city are POOL trips. Over time UberPOOL riders in Delhi have contributed to save around 19,901,000 kilometres driven, which equals to saving of 9,36,000 litres of fuel and cut over 2,203,000 kgs of CO2 emissions.

We will continue to engage with the transport department and Delhi government as we look forward to working with them on building/developing solutions that #DecongestDelhi.”
– Uber spokesperson

“It is to be hoped that the Delhi Govt evaluate the implications of this proposal thoroughly, especially from an innovation perspective. As regulators globally have recognized, ridesharing industry can and does spur competition by providing consumers with new ways to more easily locate, arrange, and pay for transportation services, as compared to traditional methods such as street hails for instance. Moreover, carpooling may also reduce congestion, a critical factor in a city like Delhi.”
– Mandar Kagade, Analyst at the Bharti Institute of Public Policy