Ola Will Be Leveraging Microsoft’s AI, IoT And Productivity Tools To Build The New System 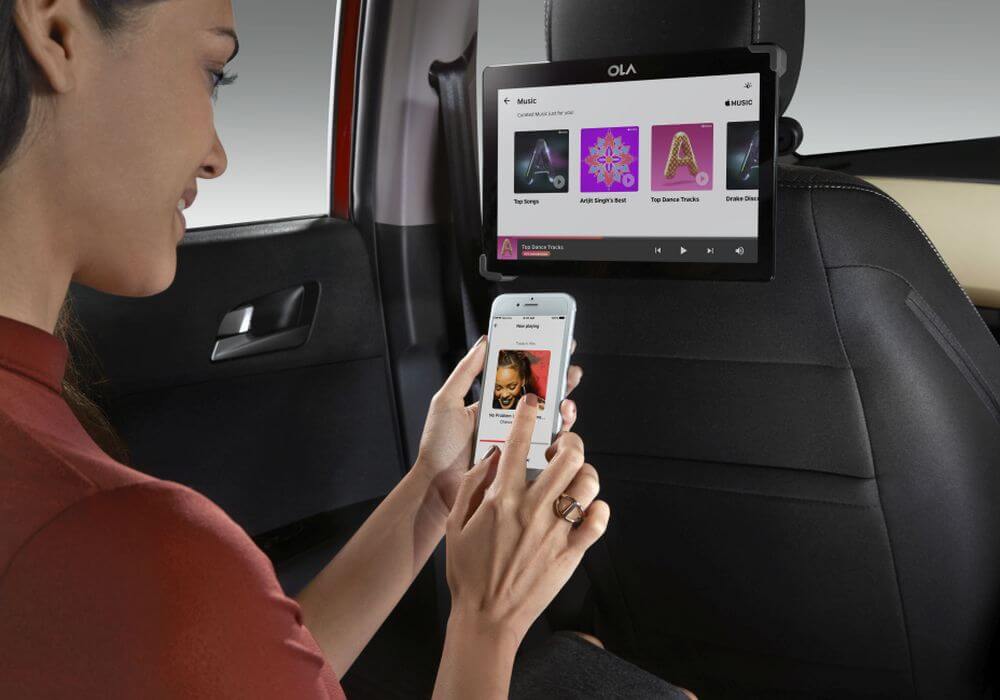 Homegrown cab aggregator Ola has announced a strategic partnership with tech giant Microsoft to develop a new connected vehicle platform for car markers. As part of the newly-forged alliance, Ola has named Microsoft as its preferred cloud provider.

In an official statement, the ride-sharing startup stated that, henceforth, Ola Play will be powered by Microsoft Azure cloud computing service.

The move is aimed at improving driver and passenger experiences through better vehicular diagnostics, in-car productivity, advanced navigation and predictive maintenance, among other things.

Once developed, the connected vehicle platform will be made available to car manufacturers globally.

Commenting on the development, Microsoft CEO Satya Nadella said at the announcement, “Today’s car is quickly becoming the ultimate computing device and together with Ola, we’re focused on providing more intelligent, connected and productive experiences to our customers. The combination of Microsoft Azure, Office 365 and our AI platform with Ola Play will deliver new customer experiences and business opportunities across the automotive ecosystem.”

Envisioned as an upgraded version of Ola Play, the new system will be built by leveraging Microsoft’s AI, IoT and productivity tools. As stated by Nadella, the platform will boast a number of additional features including telematics and navigation guidance as well as cloud-based infotainment.

The telematics technology, according to Satya, will add intelligence by providing information about fuel efficiency, engine performance and driver performance. Additionally, it will enable smart navigation, driver assistance and predictive maintenance to ensure safety.

From the customer’s’ side, Ola Play users will now be able to utilise productivity tools like Office 365, Skype for Business and voice-assisted controls by Microsoft Cognitive Services in-car during rides.

For customised offerings, the connected vehicle platform is also programmed to collect, analyse and remember data about user behaviour.

Elaborating further, Ola co-founder and CEO Bhavish Aggarwal said, “Globally, the auto industry is experiencing a seismic shift as the definition of automobiles is increasingly changing from gas-powered vehicles to technology-packed, connected devices. With Ola Play, we have already set the tone for connected vehicles in India; together with Microsoft, we can make the new platform available to a larger, global audience and unlock futuristic experiences for customers worldwide.”

Launched in November last year, Ola Play is an onboard entertainment system that was originally available to Ola Prime customers in Bengaluru, Mumbai, and Delhi. Since then, the service has expanded to six additional cities across India. These include Hyderabad, Pune and Chennai.

At the time of its launch, Bhavish made ambitious claims saying, “I believe this will completely transform the consumer’s ride experience, giving the user the power to control the interactions within the car and usher in a new era in the ride-sharing industry. With over 60 Mn minutes spent in Ola rides every day, the impact on consumer comfort, convenience, and productivity can be transformative. This will further propel ride-sharing as the first choice of mobility for many more millions.”

Through the service, Ola offers customers access to a variety of custom features like video and music streaming, for which it has partnered with Qualcomm, Mahindra and Mahindra, Apple Music, Sony LIV, Audio Compass, Fynd, EROS Now, POPxo, and FastFilmz to build an interactive experience for users.

Users can take control of the in-car experience from the Driver Console, which enables interfacing with the consumer’s device during a ride. Customers can have the Ola Play experience from their own devices or from the large screen devices mounted in-car, along with car’s surround sound systems.

Interestingly, Microsoft has close ties with another Indian unicorn, Flipkart. In addition to being one of the startup’s chief investors, Microsoft currently serves as the tech partner of the ecommerce giant. In September this year, the multinational technology company joined hands with Flipkart to deploy AI (artificial intelligence) and ML (machine learning)-based solutions. The move was aimed at making future sales on the online marketplace faster and more efficient.

Having raised $1.1 Bn funding from Tencent, Softbank and others, Ola’s war chest is currently filled to the brim. With rival Uber also building its own connected vehicle system, the cab aggregator is doubling down on its efforts to attract more customers. Through its partnership with Microsoft, Ola is leveraging the demand for customised content to build a smarter, more interactive version of Ola Play for both drivers and customers.