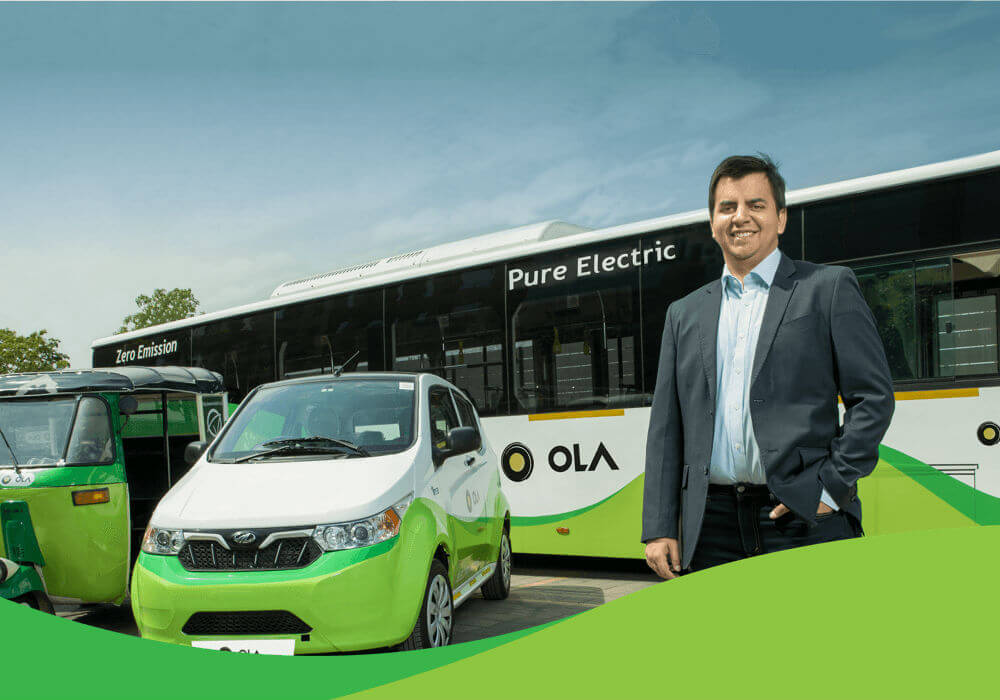 Amid much cacophony in the electric vehicle space, Ola has been one of the loudest in the space. Reaffirming its commitment to 1 Mn electric vehicles on road by 2021, Ola has launched ‘Mission:Electric’ to place 10K e-rickshaws and electric auto-rickshaws in its service in the next 12 months.

In an official statement, Ola shared that it will work with driver-partners, cities, vehicle manufacturers, and battery companies to make sustainable technologies cost-effective and viable in daily mobility.

“Three-wheelers are a vital means of transportation and a source of livelihood for millions of people every day. It also represents an immediate opportunity to improve outcomes for all stakeholders while reducing pollution across towns and cities,” said Bhavish Aggarwal, co- founder and CEO of Ola.

However, how much support the Indian cab hailing major will get from its driver partners looks dicey. After Ola launched India’s first multi-modal electric vehicle project in Nagpur in May 2017, a Reuters report of March 2018 revealed that a number of Ola drivers have expressed their dissatisfaction, primarily due to long wait times at charging stations and high operating costs.

Originally at the time of launch, the company had committed to set up 50 charging points across four locations in Nagpur, but has only managed to install around 22 Electric vehicle charging stations in the city, the report revealed.

However, with a series of roadblocks, the company has claimed in a statement that it is in discussion with several state governments to create an appropriate policy environment to deploy electric three wheelers. The company is also talking to OEM partners and EV innovators globally to bring vehicles on the road in a planned and phased manner.

As Aggarwal added in a recent media statement, “Less than a year ago, we launched India’s first multi-modal electric pilot in Nagpur. After more than four Mn electric kilometers traveled and many lessons learned, we are significantly expanding our commitment to electrify mobility in India. Ola leads by example, and we look forward to working with state governments and other partners to introduce accessible, affordable, and sustainable mobility solutions at scale.”

After the success of its auto-rickshaws fleet in Bengaluru and Chennai, homegrown cab aggregator Ola announced its plans to enter the market of manufacturing electric auto-rickshaws with the “right partners”.

Earlier, Ola was said to have partnered with Tata Motors to launch an EV version of Nano, called Jayem Neo, and deploy it in its fleet. However, there has been no official statement from the company for this.

On the other hand, in a video shared of Mission:Electric, Ola has emphasised on electric models of Mahindra and said that company will partner with Mahindra and others to lead the electric vehicle revolution.

Reports also surfaced in May 2017 that Ola’s chief investor SoftBank revealed plans to pivot Ola into an electric car manufacturer. To that end, the Japanese investment giant was looking to team up Ola and global car maker, Toyota. It was reported that while Ola would continue its cab-sharing business, it would also focus on capturing the potential electric vehicles market and opportunity in India.

According to a report by the Society of Manufacturers of Electric Vehicles, there has been a 37.5% rise in the sale of EVs in India in recent years. The market for electric vehicles is growing rapidly in India, thanks to the government’s unceasing efforts to ensure 30% electric mobility in India by 2030.

Amid such scalability in electric vehicle space, Ola’s plans and commitment with Mission: Electric to push for electric vehicles market is a promising and continuous work.