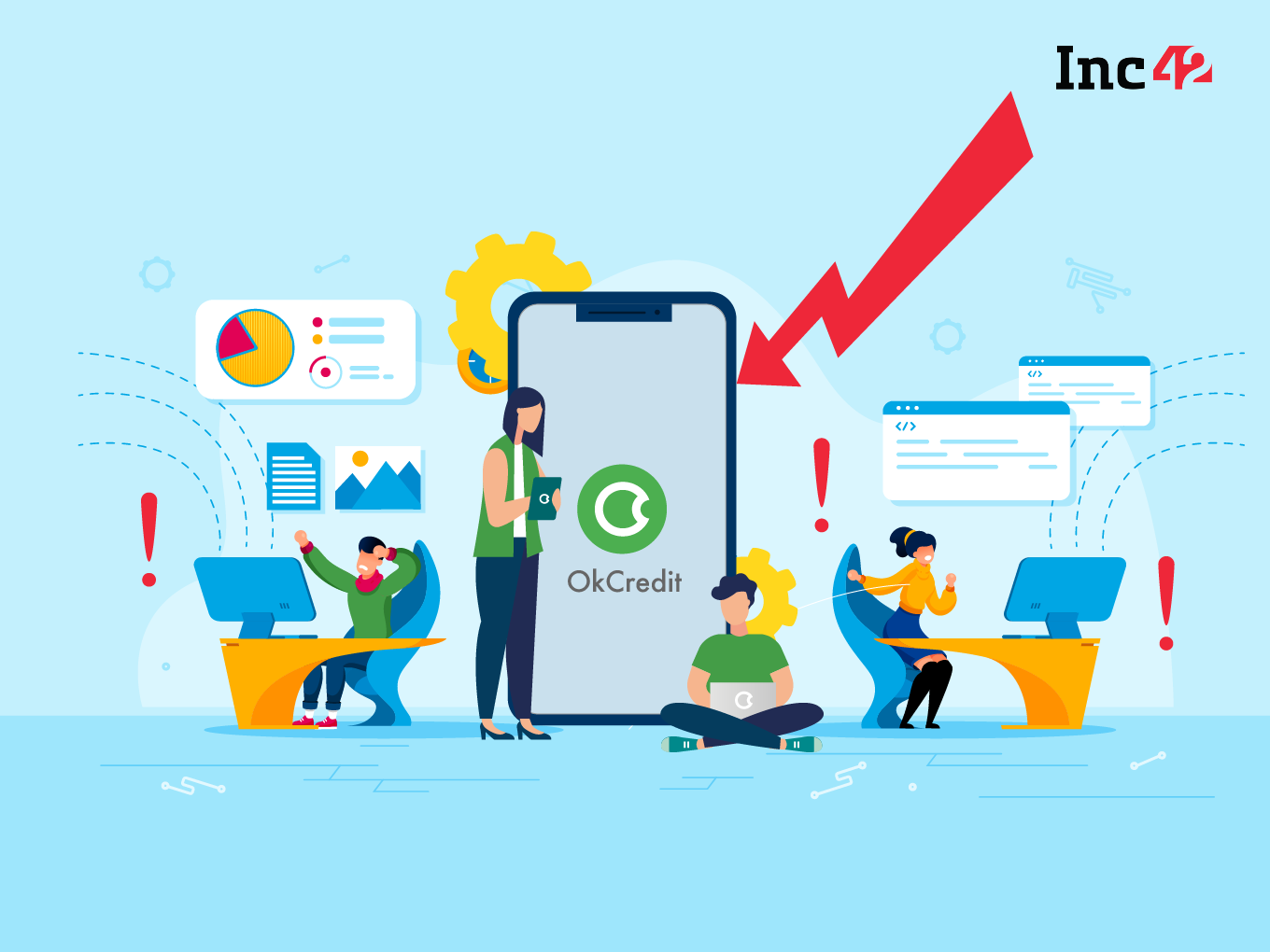 The startup saw its revenue from operations pegged at INR 3.7 Lakh in FY21 after seeing zero operational revenue in two consecutive years i.e, FY20 and FY19

OkCredit has raised a total of $84.2 Mn from Lightspeed Ventures, Tiger Global, Morningside Ventures among others

Bengaluru-based fintech startup OkCredit has posted a loss of a whopping 2,866X times of operational revenue in the financial year ending on March 31, 2021. The Lightspeed-backed startup has clocked a loss after tax of INR 108.7 Cr in FY21.

Interestingly, the FY21’s loss is lesser than INR 156.5 Cr it posted in FY20, when the startup revenue from sales or operational was nil. 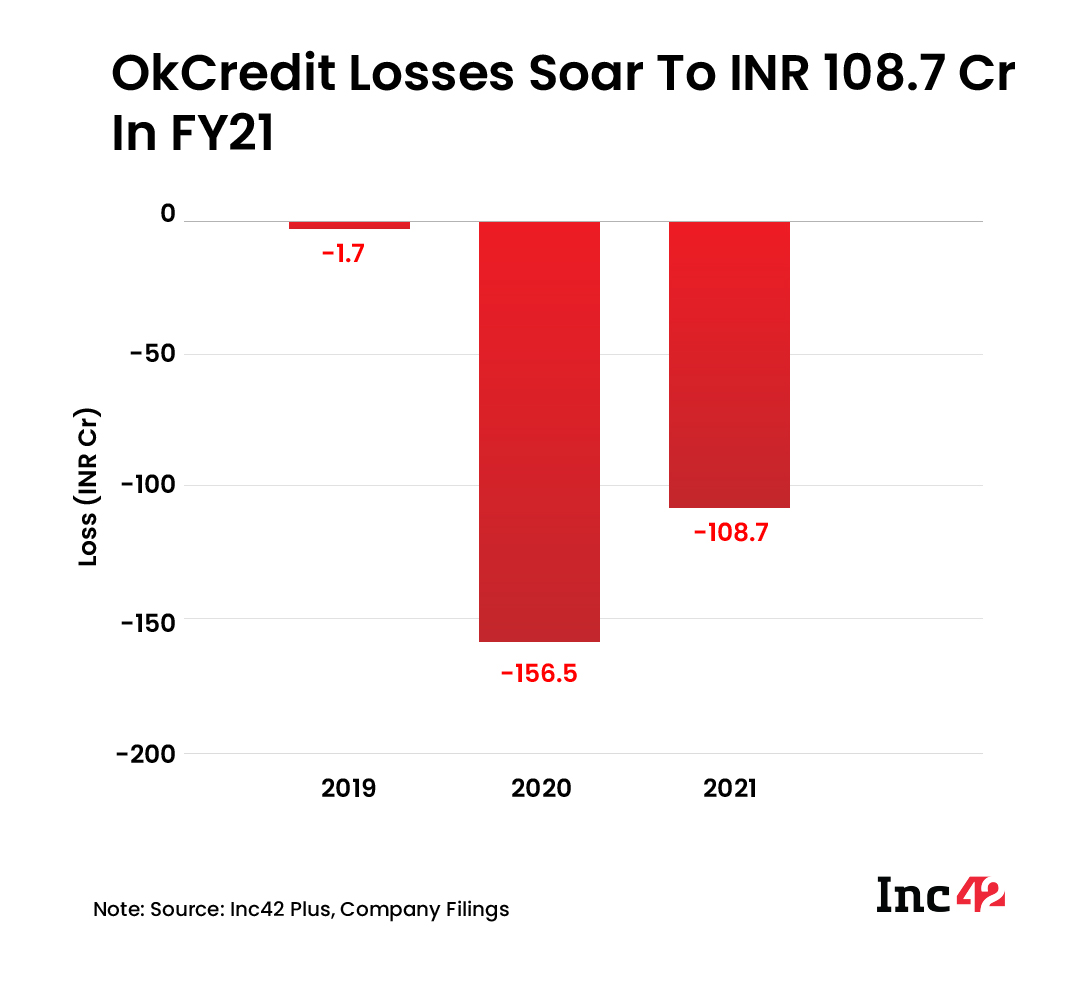 OkCredit in FY21 had clocked revenue of INR 3.79 Lakh from its operations. The startup neither in FY20, nor in FY19 had posted any revenues from sales. In FY18, it had posted earnings of INR 26.79 Lakh.

The startup’s other income includes interest income on fixed deposits, income tax refund, net gain on account of foreign exchange fluctuations, gain on sale of mutual fund and miscellaneous income of INR 5.7 Cr, thus taking the total income to INR 58.1 Cr in FY21. In FY20, the startup has without sales revenue posted a total income of INR 91.1 Lakh. 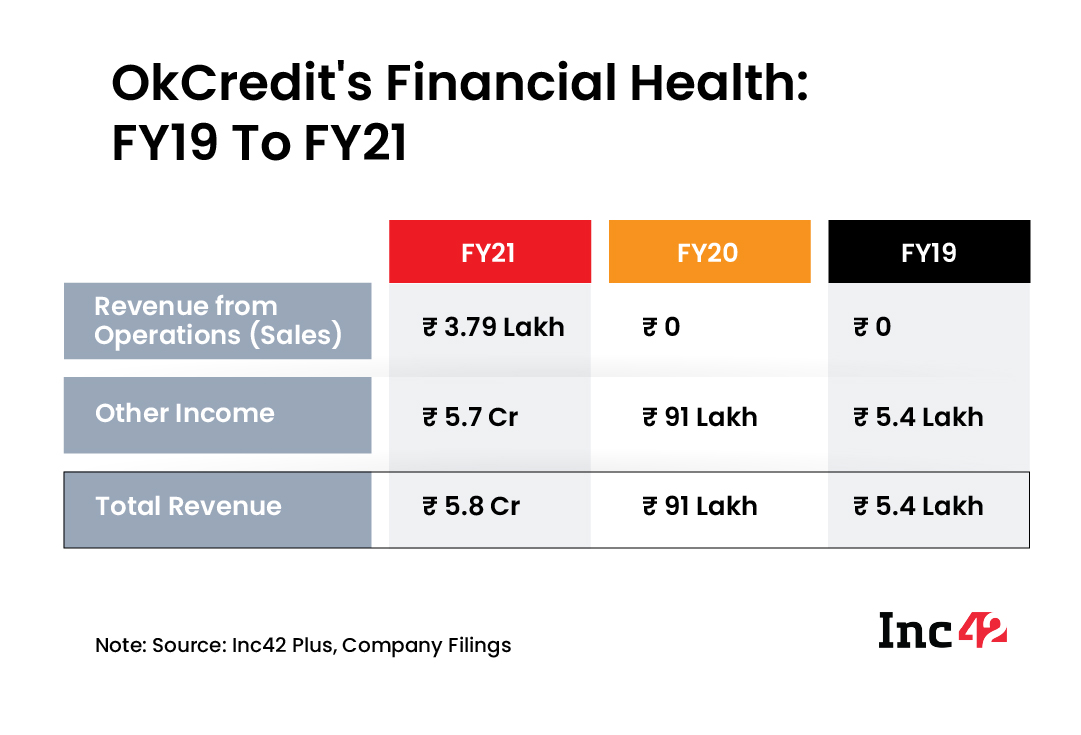 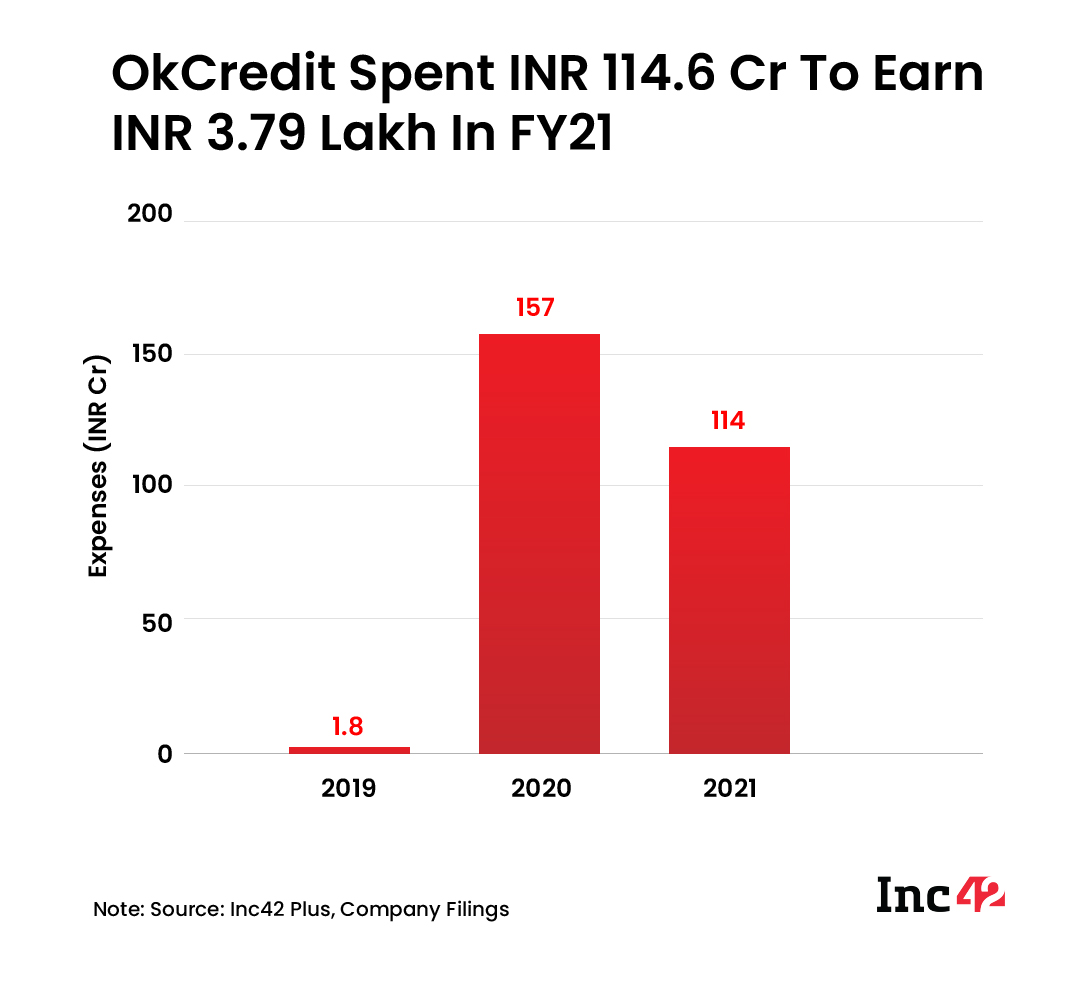 Started in April 2017 by Aditya Prasad, Gaurav Kumar, Harsh Pokharna, OkCredit is a mobile-based solution startup for small business owners and their customers. It helps them in recording credit/payment transactions digitally all across the country, thereby adding the ability to provide on-demand visibility of the merchant’s record to the customers.

OkCredit which claims to be Digital India ka Digital Udhar Bahi Khata on its website offers multiple language support, collection reminders, reports and account statements on its platform. The startup on its website claims that it is operational across 2,800 cities, with more than 100 Mn downloads.

In September of 2019, the startup had last raised $67 Mn in its Series B round from Lightspeed Venture Partners and the US-based hedge fund Tiger Global, thus taking the total investment received to $84.2 Mn.

OkCredit had in June of 2019 raised its Series A round worth $15.5 Mn led by Tiger Global. Morningside Venture Capital, Lightspeed India Partners, Venture Highway and Y Combinator also participated in this round of funding.

The startup competes against the likes of Khatabook and Pagarbook in the country. While Khatabook spent INR 108.6 Cr and recorded operational revenue of INR 16.9 Cr in FY21, Pagarbook has burnt cash worth INR 94.12 Cr for earning INR 10.6 Lakh from operations in FY21.