In FY21, it has sold intellectual property worth INR 57 Cr to its holding company 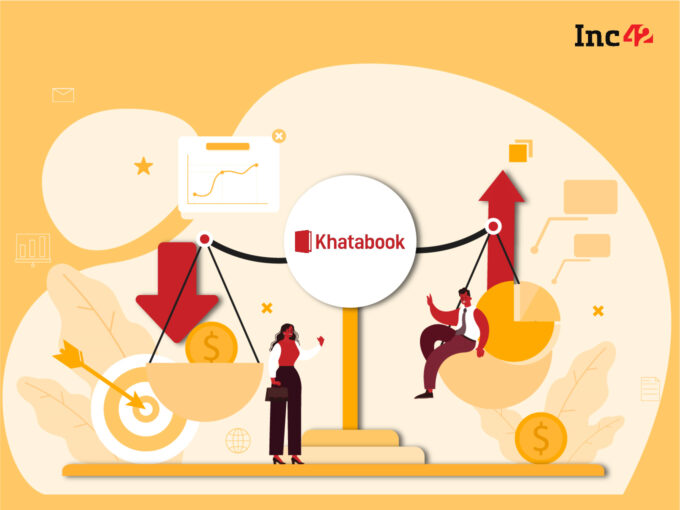 The MS Dhoni-backed startup managed to slightly drop its total expenses to INR 108.6 Cr in FY21, from INR 127.2 Cr in FY20. The startup saw its employee benefits expense rise to INR 370 Cr in last financial year from INR 105 Cr in FY20. This 252% rise can be attributed to a rise in hiring, and pay hike. Khatabook in August last year has also announced ESOP buyback worth $10 Mn.

The startup managed to narrow its loss by 63% in FY21 to INR 32.5 Cr from INR 89.5 Cr (FY21). Thanks to its intellectual property, some of which were sold to its holding company (Kyte Technologies Inc) for INR 57 Cr.

When compared to last year, Khatabook managed to reduce its loss after tax by 68% from last year’s INR 101.5 Cr.

Originally built by Vaibhav Kalpe and later acquired by Kyte Technologies in 2018, Khatabook is a fintech startup that helps small shopkeepers and kirana store owners manage their accounts and keep track of the money owed to them through a digital ledger platform.

In August last year, Khatabook had raised $100 Mn in its Series C round led by US-based VC firms Tribe Capital and Moore Strategic Ventures (MSV), along with participation from Alkeon Capital, Sequoia Capital, Tencent, RTP Ventures, Unilever Ventures, Better Capital, and others at a valuation of $600 Mn.

Khatabook had said then that it would utilise the capital to build financial services, hire talent in engineering, product, design, analytics, and data science functions.

It was during this period, the startup also announced buying back $10 Mn worth of ESOPs to reward employees, former employees, and early investors. As per Khatabook, eligible employees will be able to sell as much as 30% of their vested options. The startup has also expanded its ESOP pool to $50 Mn.

It is worth noting that during FY21, Khatabook was dragged to legal proceedings by its counterpart Dukaan for plagiarism. In August 2020, Dukaan by Growthpond Technology had sent a legal notice to Khatabook’s parent Kyte Technologies for plagiarising its entire platform and trademark violation for its app ‘Dukaan by Khatabook’.

During the legal battle, Karnataka High Court asked Dukaan by Growthpond Technology to restrain its operations until the next hearing. Its app Dukaan was soon delisted from Google Play Store.

Two months later, Khatabook and Dukaan went for a mutual settlement where both the companies in a joint statement said that Khatabook will focus on driving adoption of the shopfront app – MyStore. While Growthfund will get Dukaan re-listed. As part of the settlement, Khatabook received nominal equity in Growthpond’s Dukaan.

This development has also been mentioned in Khatabook’s FY21 financial report.