TikTok India, on Thursday, refuted media reports which said that the company was planning to pursue legal action against the government’s ban on 59 Chinese apps.

In a statement given to Bar & Bench, a TikTok India spokesperson said that the company has “no plans to pursue such action. We are committed to working with the Indian government to address its concerns.”

In its statement posted on Twitter, TikTok reiterated its commitment to “comply with the laws and regulations of the government of India. Ensuring the data sovereignty, security and privacy of our users has always been and will continue to be a top priority for us.” 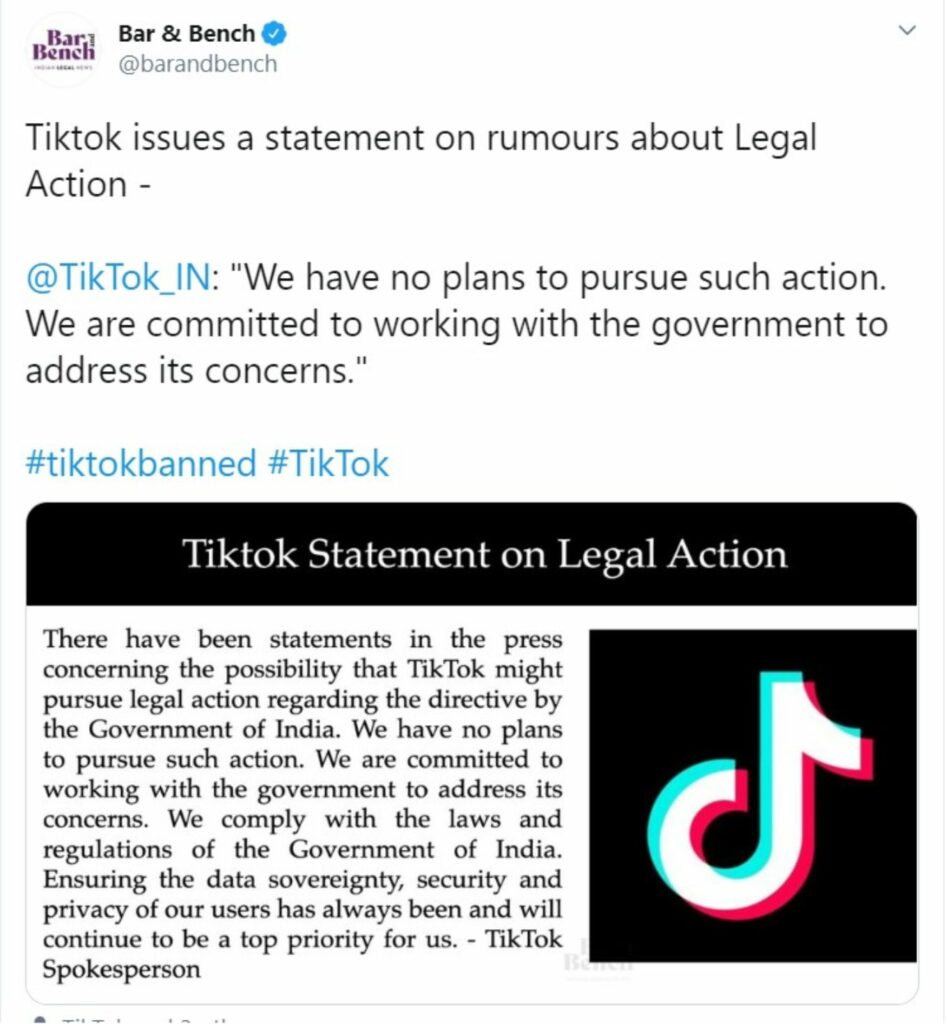 Meanwhile, India has instructed telecom operators and internet service providers (ISPs) to immediately “block access” to the 59 Chinese apps that were banned by the government on Monday citing data privacy concerns.

The Department of Telecommunications (DoT), in notices issued late on Tuesday, also warned internet operators of legal action if they failed to comply with the government’s order.

India, this week, banned several Chinese apps, some of them very popular such as ByteDance’s TikTok which had more than 120 Mn monthly active users in the country, Alibaba’s UC Browser and Tencent’s WeChat, saying they were engaged in activities “prejudicial to the sovereignty and integrity of India.” India’s move came amid growing resentment against China after border clashes between the two countries last month.

Just as the DoT issued the order for telecom operators, most of the banned Chinese apps which were still available for download till Wednesday morning, disappeared from the Google Play Store by evening.

Meanwhile, telecom operators are finding ways to block access to these banned applications for those who had downloaded the apps before the ban.