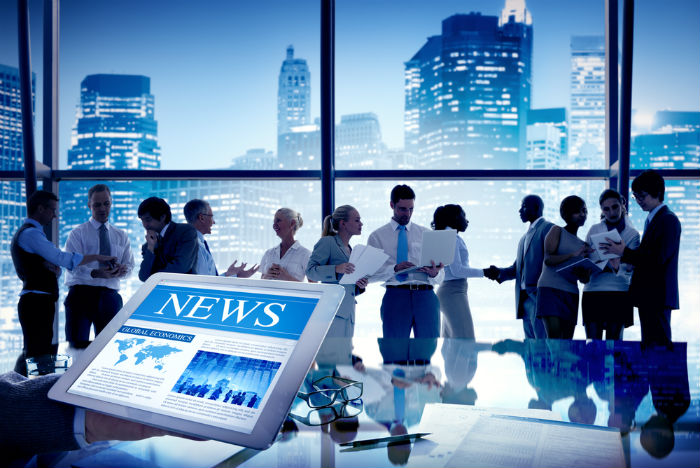 Amazon has now surpassed Flipkart in overall website traffic, including both PCs and mobile, according to data gathered by Kotak Institutional Equities from web traffic analytics company SimilarWeb. For the period from November 2015 to May 2016,  Amazon generated between 33% and 62% more monthly traffic than Flipkart.

On the other side, Flipkart rolled back its image search option and in-app peer-to-peer chat service Ping. The ‘Ping’ feature will be replaced with ‘user-seller’ chat, which was already under pilot, after 25th June. Adding to this, eSeller Suraksha and All India Online Vendors Association, two forums of approximately 1000 and 800 members respectively, have finally declared strike against Flipkart. Its sellers put 1 Mn SKU’s out of stock protesting against new return policy.

Ola obtained a licence under the Karnataka On-demand Transportation Technology Aggregators Rules 2016. The company obtained its licence by registering and furnishing the details for 100 cabs. The company also registered an eight-fold jump in revenue in 2014-15 from a year ago. Revenue at ANI Technologies Pvt. Ltd, which owns the brand Ola, jumped from Rs.51.05 crore in 2013-14 to Rs.418.25 crore in 2014-15, according to the documents available with the Registrar of Companies. On the other side, about 250 registered drivers of Ola have protested against the INR 6/km Ola Micro, the seat sharing concept, and peak time surcharge. This time, the CITU has provided support. The protesters have presented a a demand sheet that seeks to abolish surge pricing.

With this, Ola also added another service to be a one-stop transport service provider. It is now piloting car rental service on an hourly basis. This move by Ola is being considered to counteract Uber’s market share in the country.

PM Narendra Modi’s Startup India initiative has hit them hard. The project is now waiting for a revamp due to a recently held review by the government, wherein a few startups applied for recognition and only one made the final cut.

Goibibo launched a travel social network GoContacts on its mobile app. It would enable travellers to get connected on the app, using their phone book. A consumer who has joined GoContacts & travels by booking on Goibibo, would have his/her connections on the Go App to get gratified with GoCash+ bonus.

In a tweet, Rajesh Sawhney, co-founder of InnerChef, brought to light FreshMenu’s questionable behaviour of using InnerChef’s name for advertising itself and asked it to behave responsibly by focusing on making better food rather than usurping InnerChef’s name.

The telecom regulator has floated a consultation paper on the subject of permitting calls originating on an internet service provider’s network to terminate on a mobile phone network and the other way round. It has asked stakeholders’ opinions on issues such as whether making a call to a cellular network through internet could be construed as an extension of fixed line or mobile services of the telecom service provider (TSP), call termination charges and quality of services.

In a recent blog post, the company accepted the fact that its app has become outdated and a serious effort is needed to revamp it.  Zomato has now decided to introduce personalisation into various aspects of its product, starting with the online food ordering product and will very soon bring personalisation to its main search and discovery product as well.

The Indian Government permitted 100% FDI in food retail, including retail through ecommerce. The move was made in a bid to strengthen the sector, provided these items are produced, processed or manufactured in the country.

Kunal Shah, founder & CEO of FreeCharge and Chairman of the Internet and Mobile Association of India (IAMAI), would lead 20 CEO’s for a week-long trip to China, beginning Friday. The focus of the week-long trip, starting on July 24, is to Invite the Chinese companies to set up in India; Invest in Indian start-ups; gain Ideas for new businesses & exchange Insights for scaling-up. The delegation will meet officials from Alibaba, Baidu, Ctrip, Cheetah Mobile; Xiaomi in Beijing and Shanghai. The team would also meet investors like Ant Financials and Start up Street during the week-long trip.

In a move aimed at consolidating its seller marketplace, Paytm has created local language-based services that will help sellers in cataloguing, documentation and loan applications

Amazon Ties Up With Vodafone

Amazon India is expanding its offline presence in the country as it looks to further localise its offering and bring on board customers who are still reluctant to shop online. The etailer has tied up with Vodafone India to provide touch and feel experience of smartphones like OnePlus 3, which sell exclusively on the platform.

Beauty and personal care products marketplace Nykaa is looking to add more products and services to reach its goal of turning EBITDA positive by 2017. The marketplace has tied up with spa and salon services in Mumbai, Pune and Bangalore, and plans to feature cosmetology and wellness packages, along with launching costume jewellery and fitness wear.

Zee Digital Convergence Ltd. unveiled the new avatar of dittoTV, the ideal live TV platform that allows viewers to watch their favourite programmes at the time of broadcast. Positioned as ‘DeshKaTV’. It promises to make live television available to every Indian via any device – phones, tablet or PC, at just INR 20 per month.

Uber partnered with SPEEDINC, to offer supercars on demand for a limited time on 25th June, 2016. Through this partnership, Uber and Speed Inc is giving car lovers an opportunity to experience a ride in Porsche or a BMW for free.

AasaanJobs announced its partnership with various offline employment agencies to provide an organized platform for first time job seekers in India. With this tie-up, the company hopes to create a better and more efficient employment marketplace by extending its support to such consultancy firms.

Tolexo.com launched Seller Panel, a merchant platform in B2B ecommerce segment that has been developed in-house. It is fully customized and is managed end-to-end by Tolexo. The objective of launching the panel is to offer enhanced visibility to sellers and enable them to manage their business-related tasks most seamlessly.

Houssup announced its official launch for interior designing and home décor solutions with an innovative and cost-effective approach. The startup incorporated by IITians has already bagged 50 consultations, 2 completions, 12 ongoing projects pan-India and is witnessing a 100% month-on-month growth since its establishment.

TravelTriangle partnered with Paytm to integrate its payment wallet on the TravelTriangle website and mobile site. The collaboration is a strategic step towards increasing cashless payments on the go.

Global digital media company migme Limited announced the expansion of its ecommerce offering with the launch of the migshop store in building the company’s social ecommerce platform.