InnerChef Accuses FreshMenu Of Usurping Its Brand Name In Search Ads, Asks It To Behave Responsibly 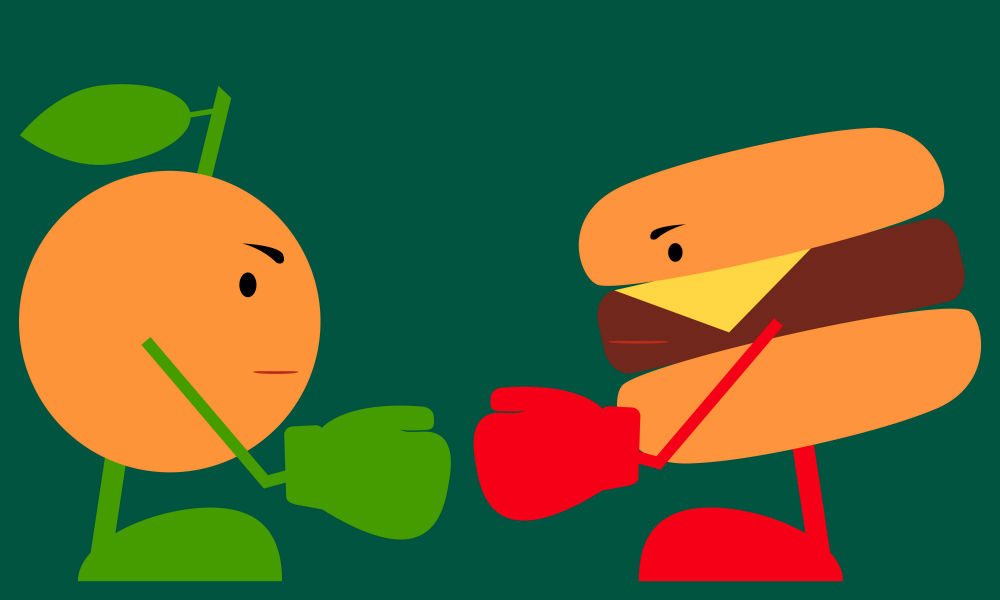 June seems to be the month of tussle among startups. Last week wallet players MobiKwik and Freecharge took jibes at each other in their respective blogs after MobiKwik took issue with a Nielsen report that ranked MobiKwik third in digital wallet players in India after Freecharge. This week the two food tech startups are embroiled in controversy after Gurgaon-based food-tech startup InnerChef accused Bangalore-based FreshMenu, an online first restaurant, of unethically using InnerChef’s brand name in their search ads.

In a tweet, Rajesh Sawhney, co-founder of InnerChef, brought to light FreshMenu’s questionable behaviour of using InnerChef’s name for advertising itself and asked it to behave responsibly by focusing on making better food rather than usurping InnerChef’s name.

InnerChef has also written to Google Adwords, accusing FreshMenu of copyright infringement, misleading content, unclear relevance of the ad as they have no association to ‘InnerChef’, and abusing the ad network for gaining an unfair advantage by the use of its name. It has asked Google to look at the ads as they are in clear violation of adwords policy page. 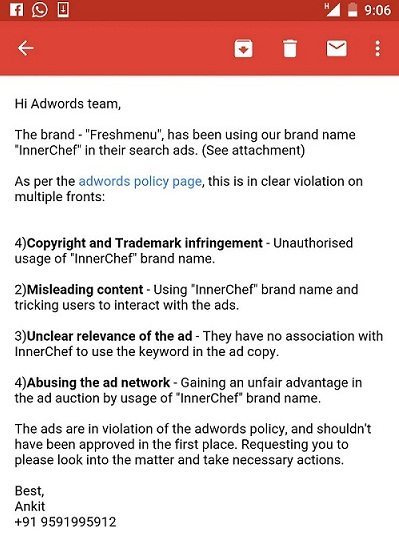 “It’s unfortunate that Freshmenu resorted to unethical advertising misusing and misrepresenting InnerChef in their Google campaign. We will protect our brand against any such cheap tricks by competition. We have already written to Google to ban them. It’s also unfortunate that they are focusing on such malicious advertising instead of improving their product and consumer experience.”

Interestingly, today FreshMenu has replied to Rajesh’s tweet saying that the error was unintended and the ads have been taken off immediately. Rajesh told Inc42 that while clearly it wasn’t unintended, but he accepts their apology and hopes such things aren’t repeated in the future. He added, “In a larger context, startups need to respect each other’s brands and copyrights.”

We sincerely apologize for the unintended error. The ads were taken off immediately.

Besides Bangalore, FreshMenu is also operational in Mumbai as well as parts of Delhi-NCR. Its menu changes every day, with over 100 chefs preparing food at different locations. This January it raised about $16.5 Mn in a funding round led by Zodius Capital and existing investor Lightspeed Venture Partners.

Meanwhile InnerChef acquired two startups in the food tech domain in March this year. This includes Bangalore-based EatonGo and Gurgaon-based Flavour Labs. With the acquisition of Flavour Labs, InnerChef will leverage the learnings of running mobile kitchens. The acquisition of EatOnGo gives it a foothold in the markets like Bangalore, while building a network of kitchens to be closer to customers and create an intimate food experience.

It is a tad difficult to digest if the ads were unintended given that they explicitly used InnerChef’s name and the ultra-competitive food tech domain. However, controversies like these are hardly new to Indian startups. Last year in May, Stayzilla  and OYO rooms were involved in a similar situation wherein Stayzilla took to twitter to give OYO a hard time for violating their trademarks on Google ads, accusing it of using Stayzilla’s trademark and brand name on Google Adwords in a move to steal traffic.

Hi @oyorooms -our users are glad to see we're the benchmark but you're violating our trademark! pic.twitter.com/RJTBTftVsl