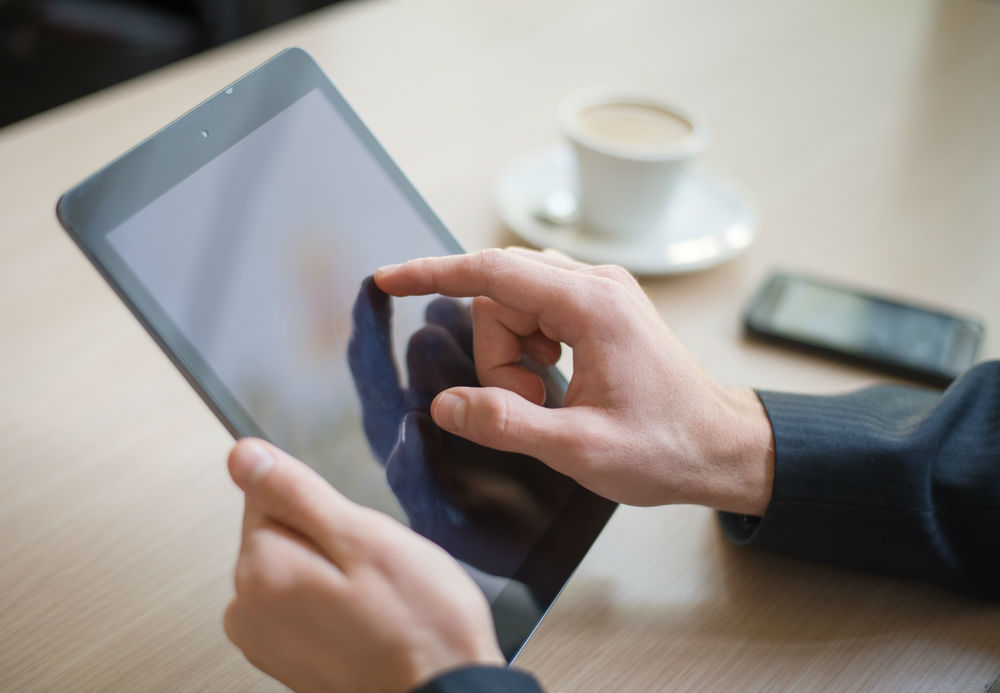 Following up, on  the cold war between Snapdeal and Flipkart, Ravi Gururaj posted his viewpoint in a Facebook update. The update was published on YourStory and then taken up by Rahul yadav to pass derogatory comments on the industry veteran.

Exiting from the ecommerce bubble, Yebhi’s co-founder Danish Ahmed has launched his new venture by the name ShopSity. ShopSity is an app-based information provider for fashion products which are being sold in the users’ vicinity.The need to launch a venture like ShopSity arises from the fact that people risk to choose intangible products and wait for longer time for their products to be available in online buying against the alternative of going from store to store or mall to mall.

Cardekho.com launches Tyredekho.com, a one stop solution to tyres

Reliance Retail, an arm of Mukesh Ambani-led Reliance Industries, announced its plans to borrow around $700 Mn (INR 4,500 Cr) to build its ecommerce business. Besides, it also plans to open new stores to counter rivals’ expansion plans and piloting an online site for food and grocery products. According to the board resolutions filed with the Registrar of Companies (RoC) last week, Reliance Retail will avail term loans to the tune of $396 Mn (INR 2,500 Cr)  from State Bank of India and raise another $317 Mn (INR 2,000 Cr) by issuing convertible debentures. The funds are expected to come in several tranches.

A new service has been launched by ICICI bank that allows customers to authenticate phone banking transactions with their voice, instead of entering a PIN or password. The voice recognition service will authenticate customers based on their speech patterns which will be routed through bank’s call centres. This voice authentication service, will be available to over 33Mn savings bank and credit card holders. Voice recognition feature works on voice prints, made up of over 100 characteristics such as modulation, speed, accent and pronunciation, making it impossible to replicate.

After few months of Foodpanda acquiring Justeat, its Founder, Ritesh Dwivedy has launched  an online quick Indian-food delivery startup called Petoo. It aims at making Indian food accessible and convenient to eat in neatly packed boxes. The startup plans to expand its services to eleven locations Bangalore  by the end of June, and later on, covering the entire city by the end of this year. It is also looking to increase its manpower from the current 35 to 100 people.

Snapdeal to set up office in Silicon Valley

Snapdeal is planning to set up its base in the United States in search of more specialists and strengthening its technology. Snapdeal will be the first Indian consumer internet company to establish a presence in the world’s biggest startup hub.The move is still at an exploratory stage and could result in Delhi-based company to set up its own office or acquire a small company likely in areas such as mobile services and internet technology.

Delhi Government has agreed to grant Radio Taxi Licence to taxi aggregators such as Uber and Ola, given that  they comply by the rules framed for radio taxi operators. This agreement  will establish a level playing field for both services. Officials said, Even though these apps are labelled as  transport aggregators, road ministry wants them  to function according to the rule framework of any other cab operator, under Motor Vehicles Act.

ShopClues, an ecommerce firm, has partnered with DHgate,international online wholesale marketplace which connects Chinese wholesalers to international buyers. TT Wang, senior director and DHgate spokesperson said “We look forward to leveraging the combined brand synergies of DHgate and ShopClues to create a solid niche for our products in the country,” said. DHgate provide services to over 5.1Mn buyers in more than 200 countries.

Amazon India has launched one of its kind call centre, to deal exclusively with merchants

NoBroker, a real estate search portal has entered Chennai. The company connects tenants to property owners without involving a middlemen. This Bangalore-based startup is currently operating in countries including – Mumbai, Bangalore and Pune with plans  to extend its presence in 16 cities over the next eight months. NoBroker uses a proprietary algorithm to verify the credibility of owners and tenants by scanning their social footprints.

TaxiForSure, has tied up with Alibaba-backed online payments platform Paytm. This tie up will allow cashless rides for TaxiForSure users, by paying through Paytm’s pre-paid wallet.”Our mission is to make TaxiForSure the preferred brand for commute in India and we believe that the journey towards this goal will be fueled by strategic partnerships. Now, over 70Mn Paytm users can use TaxiForSure to commute,” said Arvind Singhal, CEO, TaxiForSure. Customers can link their debit card or bank account via a Paytm wallet or recharge their Paytm wallet and use it to pay for their rides. However, the service is optional.

MobiKwik ties up with ICICI Bank; users can now add cash to their mobile wallet via ICICI Bank

There is a Digital payments divide for those who do not have bank accounts or do not access net banking, MobiKwik, a mobile wallet company, has announced its partnership with ICICI Bank to realise the adding of direct cash to the mobile wallet. To make the process of adding cash easy, MobiKwik has come up with a new feature on their app called CashPay. The partnership will benefit over 17Mn MobiKwik users who will now be able to walk into any of the four thousand ICICI Bank branches across the country, load cash into their mobile wallet and make easy payments for online shopping, recharge and utility bills. Once cash is added, users can also send money to their family and friends. CashPay is already live and functional for users in Delhi-NCR. The feature will be made available pan-India soon.

LoanStreet.in, the online marketplace for complete financial solutions has been launched, the core of the platform is to ensure that customers get the perfect blend of the Right Lender, Right Price and Right Experience on their fingertips. The one-of-its-kind platform offers the customers complete hand-holding by professional relationship managers for a hassle-free experience until the loan is disbursed and the amount is credited in their account. It also serves to revolutionize the realm of financial services through its technology driven platform that eases the means of doing business for lenders as well.

Tolexo, an online marketplace for industrial and office supplies announces its tie-up with Paytm. Paytm wallet is India’s most dominant mobile payment service platform. Through the association, Tolexo will be able to offer a more seamless and quicker transaction process on its website to customers. The tie-up comes as a part of Tolexo’s larger marketing and expansion strategy that involves plans of offering 10Mn products across 10,000 categories by the end of this year. Through a more dependable and quick transaction experience, Tolexo aims to drive greater sales on its website.

EShopBox, an on-demand ecommerce technology and services company, has partnered with Vakilsearch to provide guidance to clients on a wide range of legal aspects, particularly protecting their intellectual property. For this, Vakilsearch has assigned a dedicated single point of contact who will be able to assist clients with all their trademark and copyright requirements. Akshay Ghorpade, Head of Client Services and Business Strategy, EShopBox said, “Our association with vakilsearch will help such brands for getting their intellectual property protected before they spend huge marketing dollars promoting the brand.  Also, this tie-up further extends our commitment towards offering one stop end-to-end solution to our clients.”

SPROUT BOX has announced the launch of its first Coworking space and incubation Centre in Gurgaon. “The co-working space in  Gurgaon will help entrepreneurs from Gurgaon and NCR Region to drive sustainable economic growth and innovation, and help make Digital India Real.” said Rajeev Gupta, Co-Founder Sprout Box. Apart from the Facility in Gurgaon, Sprout Box also announced their plans for 3 More Coworking spaces in India over the Next 12 months, including Chandigarh, Delhi, and Goa. Sprout Box is not only a co-working space, with its vast list of mentors from the Industry and access to venture capitals, Sprout Box aims to provide more than just space.

According to a PTI report,  Royal Enfield has launched a limited edition range of bikes and gear which will be exclusively available for online sale. Siddhartha Lal, the CEO of Royal Enfield said that, the deliveries of the new products would begin by July 15.The limited edition range is based on Classic 500 model and only 600 units of the range would be available for sale. The company will sell out 200 bikes of each of the three colours announced.

Infosys, global head – digital marketing, Ashok Lalla, has  parted ways with the IT company after three years of association. From June 2015, Lalla will work as a digital advisor to brands and agencies.

iYogi has started the country’s first enterprise grade IoT platform, ported on Microsoft Azure. Digital Cloud Open IoT platform is the latest version of Digital Service Cloud and uses various Azure models such as Azure Service Bus, Azure Event Hub Azure DocumentDB and Azure machine Learning as its foundation. iYogi has also launched the Digital Service Cloud Open IoT Partner Program and it will be available for startups to use up to a million devices. The company plans to unveil over 100 IoT solutions in the next one year.

PropTiger.com, one stop real estate digital platform, announced changes in its senior leadership team. Sunil Mishra has been named Chief Business Officer.  In this position, he will lead the company’s new homes business including business development, sales and collections. Sunil will be based at the company’s Mumbai office. Sunil was previously the Chief Executive Officer of Karvy Private Wealth. Rohit Hasteer has joined as Chief Human Resources Office. He brings extensive experience as an HR professional having worked with startups and fast growing businesses across multiple sectors. Neeraj Chaturvedi has been appointed as Chief Marketing Officer. Prior to this, Chaturvedi headed the marketing team at the India Today Group and has previously worked at HT Media, Tata Global Beverages, Tata Administrative Services (TAS), Airtel and Xerox.