Has Rahul Yadav Crossed The Line This Time With His Latest Antics?

Has Rahul Yadav Crossed The Line This Time With His Latest Antics? 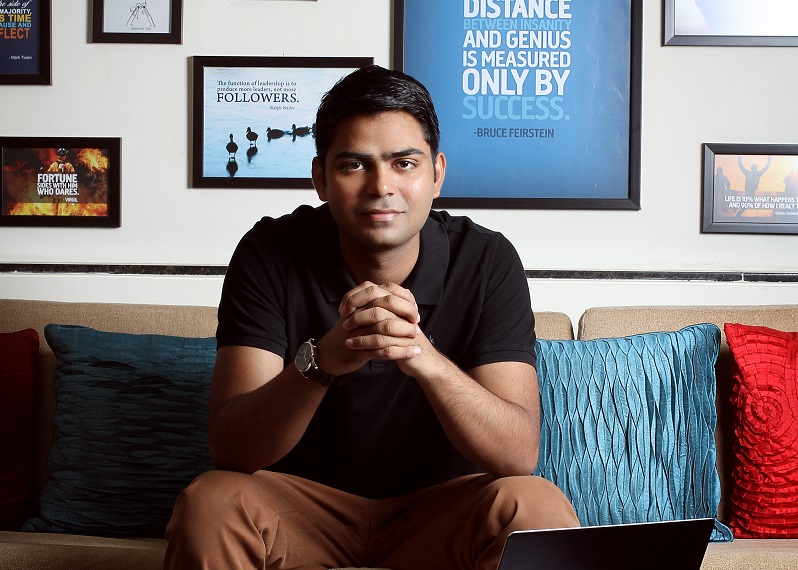 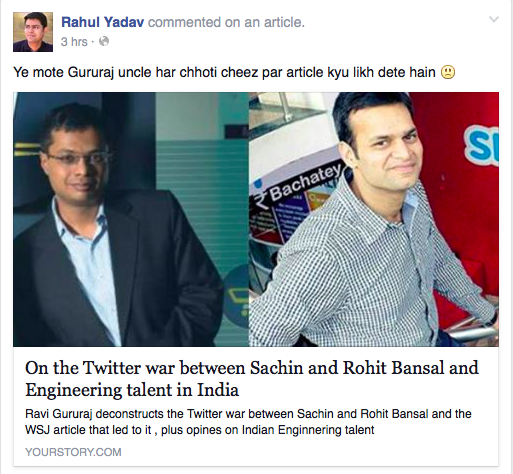 Earlier today, Ravi Gururaj posted an update on Facebook sharing his viewpoints on the on-going cold war between Snapdeal and Flipkart.

Yesterday, WSJ had carried a story quoting Snapdeal’s cofounder, Rohit Bansal – “India doesn’t have adequate quality programmers.” Sachin Bansal, taking advantage of the situation, responded to the story on Twitter, “Don’t blame India for your failure to hire great engineers. They join for culture and challenge.”

Later today, however, Rohit Bansal in a blog-post said, “It is never a fun feeling to be misquoted (or quoted out of context), and hurts when people do that as a way to get headlines for themselves. Hence I thought I’ll substantiate on what we said, and clarify this to our team, users, country and the world.”

Ravi Gururaj in his status said that when he initially read the article, it appeared to him as if Snapdeal is playing for some PR to help bolster their US recruiters working on hiring some top talent in Silicon Valley. But after Sachin’s tweet and while reading the article once again he found that Rohit’s statements were factually correct and a fair casual assessment. In his opinion, the WSJ article title was certainly misleading as it leaves one with the impression that the Indian ecosystem is bereft of product talent and that seems to have rightfully got Sachin’s ire up.

This particular status update was published on Yourstory, after which Rahul made the above mentioned derogatory statement against the industry veteran Ravi Gururaj, who is also an investor in number of startups.

These kind of episodes is not something new from the controversial Rahul Yadav. Before Ravi Gururaj and Sanjeev of Naukri, he also tried trolling Zomato founder Deepinder Goyal on multiple occasions.

Social media is no longer a personal networking channel anymore. Especially for the CEO of a company like Housing. It is a form of public outreach and it comes with many strings attached.

Do such statements make sense coming from a startup CEO? What does he want to show people by making such statements? Or is all this is another form of a PR stunt?

An entrepreneur who has built a company to whom people are “looking up” to work for, is an example of or a role model for millions of upcoming entrepreneurs, should not be involved in these kind of issues. Criticising competitors or mocking competitors or even publicly shaming someone for their misdeeds might be fine. Criticise competitors, make public statements, but make sure these are morally acceptable. For instance, Sachin Bansal’s tweet earlier today against Snapdeal was more of a form of constructive criticism, despite the fact that Rohit Bansal was quoted out of context.

But one has to draw the line somewhere. Insulting people outright for no apparent reason is something that definitely crosses the line.