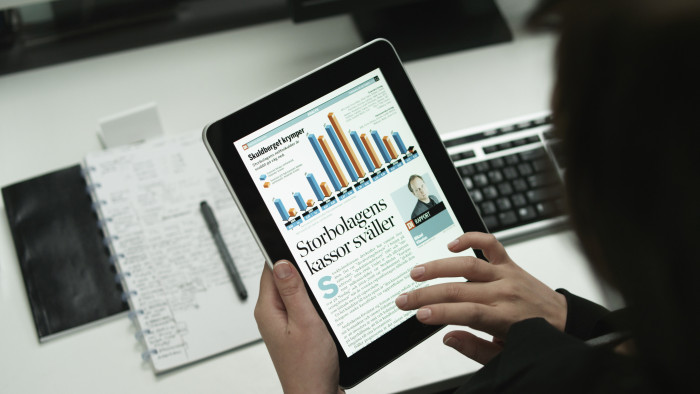 Where one side startups are raising innumerable funding and excelling in their business strategies tech blog Gigaom announced a shutdown of its website, which has an estimate of 8.3 Mn monthly readers. The news came just a year after it had raised $8 Mn in funding from a number of venture capitalists.

Let’s have a look at the roundup of news that created a buzz this week:

Naspers-owned online marketplace Tradus.com which was rumored to shut last year, currently, hosts a banner stating, ‘We’re under maintenance. We will be back soon’. Authenticating its backing off Tradus’ name on the Naspers website could not be found, its helpline and the customer care numbers were inaccessible, also, the apps are also no longer available on the app store. Though nothing is still confirmed officially. Ibibo, CEO, Ashish kashyap said that he is not associated with Tradus anymore. We have written to him, his reply is awaited.

Online fashion and lifestyle portal, Myntra achieved its annual target of generating 90% of its customer traffic through the mobile platform. The company also claimed 50% of the mobile traffic from Tier II & III cities. Myntra’s mobile app has also been ranked No. 1 among fashion shopping apps in India with a positive rating of 4.0 on the android app store. It claims to have over 6Mn installations and draws 85% of traffic by Android, iOS and Windows platforms.

Reliance Retail, the retail subsidiary of Reliance Industries Limited, is bracing up for the launch of ecommerce stores in April/May. Reliance is looking to model itself after US retail giant Wal-Mart which has both an offline and online presence and will launch its e-commerce portal with three categories – Fashion & Lifestyle, Electronics and Groceries.

Bangalore-based mobile app taxi service provider, Ola has announced the launch of cashless rides through its In-app Ola Money Wallet for auto rickshaw bookings from its app across Hyderabad, Chennai, Pune, Ahmedabad, Delhi and Bangalore. This will be the first payment solution for auto rickshaws and will make the entire auto experience convenient and seamless for customers.

Rahul Yadav, CEO of Housing.com has put some serious allegations on Shailendra Singh of Sequoia Capital. The post went viral on Quora. The former accused of luring the employees and asking them to join Sequoia.

Let’s have a look at the other updates from the ecosystem:

Thiruvananthapuram-based tech startup, Oglespark Technologies has launched an online application ‘DecidePrice’ for the merchants to encourage the local ecommerce sector. The application will be a help for merchants without websites to start their own ecommerce platforms and also those with existing sites to shift to online retailing. DecidePrice will allow any merchant to create an online retailing solution of their own without any hassles. It also helps shop owners to maintain their own identity in ecommerce space without depending on others. The application provides the exact location of stores to the customers with the image gallery of products.

DLF to sell apartments through Snapdeal

Real estate giant DLF is planning to sell apartments online through New Delhi-based etailer Snapdeal. As of now, the company aims to sell mostly studio apartments and mid-segment apartments in the INR 35-65 lakh range. It will operate on a monthly scheme and will offer discounts on apartment purchases in cities including Lucknow, Bangalore, Chandigarh, Kolkata, Chennai and Kochi.

Snapdeal has also announced its partnership with IndiVillage, which is a rural BPO providing diverse services like training and employment for data entry, online cataloguing, content management, image tagging among others. This partnership will enable sellers on Snapdeal to get a platform to fulfill their requirements of image tagging, transcription and content development. IndiVillage will also get the benefit of this tie up as it could now provide better employment opportunities in the rural areas and the profit will get increased because of better exposure.

IIM-Calcutta has planned to seed fund the business plans of three winners of the international business plan contest it recently held. It will fund around INR 50 lakhs through the Singapore-based venture capital firm Govin Holdings against equity in all three winners. In future, the institute plans to rope in other funds too. Besides, the next 10 winning teams will receive another INR 10 lakh as seed funding. All these entities and their concepts will be incubated at IIM-C’s innovation park.

Bangalore-based autorickshaw hailing app, mGaadi has collaborated with  the Bangalore police to regulate the prepaid auto rickshaw system. mGaadi will run prepaid stands in 18 areas as a pilot for 12 months. The new system will ensure transparent system to the customers with better ride experience, receipts at the end of the journey, details which include the fare, distance and destination. Customers could also rate the drivers through SMS.

GrowthEnabler Starts its services in India

GrowthEnabler, an online startup advisory platform, has started its services in India to provide the startups with expert advice on different matters that concern them. With a panel of around 25 advisors from senior levels it plans to provide accessible services to everyone. With on-growing talents and startup market in India, it will provide its services in India with the help of online media and e-mentoring tools like video, webinars and webcasts.

Jaarwis, a global technology company, has launched an ecommerce service ‘ScribeAStore’ to help Indian businesses and retailers in creating their online store. It aims to give a push to the businesses through electronic media, wide level of market exposure and its products and services at negligible cost. With features like Unlimited Products, Integrated Payment Solutions, Automated Shipping, Innovative App Store, Community MarketPlace (Amazon and ebay plug-ins) and Themes Library, it promises to deliver high performance to its customers.

Gati KWE plans to tie up with IBM Commerce

Gati Kintetsu Express, a pioneer of express distribution and supply chain management in India, has chosen IBM Commerce to help online retailers meet the rising consumer demand for making efficient deliveries. With ever-growing ecommerce market in India, it is becoming quite hefty to fulfill customer demands and fulfill them. This solution will  better integrate and coordinate the complex and time-sensitive flow of products from warehouse to store to home. Through the implementation of this solution, Gati KWE is optimistic to emerge as a leader and aims to corner a dominant share of the opportunities in the e-fulfillment segment. Currently, it operates a fleet of 3,500 vehicles with over 3,000 business partners across India with a delivery network spread over air, road and rail.

Mobile wallet firms Mobikwik, Itzcash and Oxigen were among the first big names to apply for licenses to run payments banks, under rules meant to put basic banking within the reach of hundreds of millions. Mobikwik is an online payment facilitator which helps the customers to make easy and quick bill payments, recharges and shopping payments. It believes that getting a payments bank license will build trust with customers. The company claims to be the largest mobile wallet in India, with more than 15 million users. This license will facilitate the customers as it will then act like a savings account and they will be entitled to interest on their deposits in the wallet and can also withdraw cash from ATMs.

India’s major online marketplace, Flipkart has launched a new diverse range of home decoration and styling solutions which will include products like furnishing, décor, lighting, household items and DIY tools to customers. It will also help artisans and entrepreneurs to showcase their art and products to a large sect of consumer while at the same time serving the needs of the customers in a better way. The company says that the online home market stands at INR 1,400 Cr – and this is one of the categories that has a lot of potential, but has been largely untapped by ecommerce players.

Zopper to expand in more than 30 new cities

Zopper, a hyper local mobile marketplace, is planning to expand in 30 new cities. With getting success in both online and offline markets, it now aims to secure more customer base through its app. With the help of features like price and product comparison, the app turned out to be really successful in cities like Mumbai, Bangalore, Pune, Hyderabad, Chennai, Kolkata, Gurgaon, Noida and Ahmedabad.

Automobile major, Mahindra Two Wheelers Ltd (MTWL) has partnered exclusively with Paytm to eretail its Centuro motorcycles and Rodeo UZO range of scooters on the Paytm marketplace. The aforementioned scooters and bikes will be available for booking via Paytm at their respective ex-showroom prices.

Tech firm Zebpay has announced the launch of its ‘bitcoin’ mobile wallet in the country. The wallet will help its user buy, sell and transact in bitcoins which is presently valued at around $280 per unit at present. The Zebpay application is available on Android platform. The company is in talks to rope 15 merchants in India who will accept bitcoins. It will launch the iOS version of application within 15 days. Bitcoins are digital money that are generated and their value is determined based on their demand and supply.

Mobile marketplace, Paytm has signed an expression of interest (EOI) with  Gujarat State Handloom and Handicrafts Development Corporation (GSHHDC) for showcasing the handicrafts and handloom of the state via its marketplace. As per the EOI, a brand store by the name of ‘Garvi Gurjari’ would be established on the Paytm marketplace for indigenous craftsmen and retailers of Gujarat to leverage the large country-wide customer base of Paytm and drive their business beyond their immediate geographical boundary.

With an aim to tap non-metro cities, Snapdeal has tied up with remittance provider FINO PayTech to set up online shopping services in semi-urban, rural and low-income residential areas across India. The exclusive Dharavi-Snapdeal store will sell luggage, shoes, accessories, pottery, apparel and jewellery made in the slum. Over 200 small and medium entrepreneurs from the bustling slum are now on Snapdeal online retail marketplace.

Mobile Wallet firm, MobiKwik has announced that it has entered into a strategic partnership with PAYBACK, India’s major multi-brand loyalty program. This partnership will enable PAYBACK’s over 30 million customers access to MobiKwik’s seamless payment experience and an opportunity to redeem it on MobiKwik and use it across 20,000 leading offline and online merchants that are a part of the MobiKwik ecosystem. Besides, MobiKwik’s 15 million customers will also receive PAYBACK-enabled loyalty benefits for transactions they make via the wallet.