Nazara had earlier filed a prospectus with SEBI in January 2018, but later withdrew its IPO filings

Flipkart, Paytm, OYO and others have been talking about going public as well 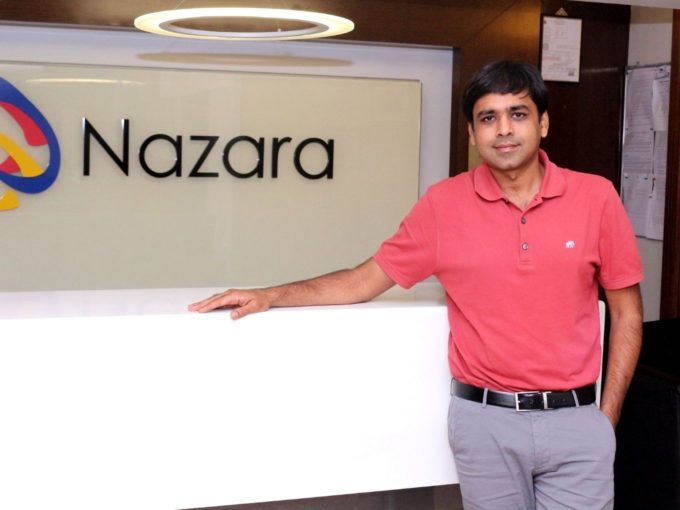 The Mumbai-based company is looking to become the first Indian gaming technology company to list publicly and its success could encourage a spate of Indian startups looking to launch their IPOs in the next couple of years. Nazara had earlier filed a prospectus with SEBI in January 2018, but later withdrew its IPO filings and rejigged its plans.

The likes of Flipkart, Paytm, OYO, Ola, PolicyBazaar, BigBasket and others have been talking about going public in a couple of years with hardly any concrete steps towards it. Zomato is looking to hire bankers to step up its game, and has hired Cyril Amarchand Mangaldas and Indus Law as legal advisors. Nykaa is also looking to go public in India this year and is said to be looking at the possibility of an overseas listing as well. The IPO would value Nykaa at a minimum $3 Bn. Apart from these startups, tech companies such as MakeMyTrip, Info Edge, and IndiaMART have also gone public in recent years.

A 2019 survey of Indian startups by the Reserve Bank of India (RBI) concluded that about 58% of 1,246 surveyed startups have plans to get listed on Indian stock exchanges in the next five years. But less than one-fifth (around 250) of the survey respondents had turnovers exceeding INR 1 Cr and a whopping 70% of the respondents were early stage in terms of revenue generation or younger than three years.

Nazara IPO To Give Partial Exit To WestBridge

Founded in 2000 by Nitish Mittersain, Nazara Technologies is a mobile game developer and publisher that also runs its own seed fund for investment in the gaming and sports ecosystem. The company claims to have business operations in 64 countries including multiple emerging markets.

It has received total funding of about $132.7 Mn till date from some marquee investors like Turtle Entertainment GmbH, the IP owner of the world’s largest esports franchise (ESL), IIFL Special Opportunities Fund and Billionaire Rakesh Jhunjhunwala.

Nazara had first announced its IPO plans back in 2017, and after 20 years of incorporation it is finally ready. The wheels have started moving forward and so is the process to provide an exit to WestBridge Capital, which has been sitting on Nazara’s cap table since 2005 when it invested $3 Mn.

The private equity fund made a partial exit in 2017, which brought down its shareholdings from 60% to 21%. The IPO is estimated to dilute its shares further to 3%-4%, WestBridge Capital’s founder and MD Sandeep Singhal told us in an earlier interaction on the journey of starting up and going to an IPO.

Nazara posted revenue of INR 264 Cr in the financial year 2020, growing from INR 164 Cr in FY2019. It aims to clock a revenue of INR 450-470 Cr in FY2021, ending in March. The company intends to do so by expanding its coverage and building up distribution network capacity in emerging markets.

India’s Gaming Industry On The Rise

The lockdown and restrictions induced by the pandemic has led to an uptick in the gaming and entertainment industry. According to the Inc42 Plus’ estimates, the value of the industry went from $23.5 Bn in FY 2014 to $62 Bn in FY 2019 and further up to $90 Bn in FY 2020, catapulted by the growth in engagement during the lockdown. Meanwhile, the overall revenue in the sector is projected to grow by 6.1% in the next five years.

The Inc42 Plus report also reveals that the Indian mobile gaming market is pegged to be at $1.2 Bn by the end of 2020, ending up at the sixth position globally. India is expected to be among the top five markets for mobile gaming, with a user base of 326 Mn.