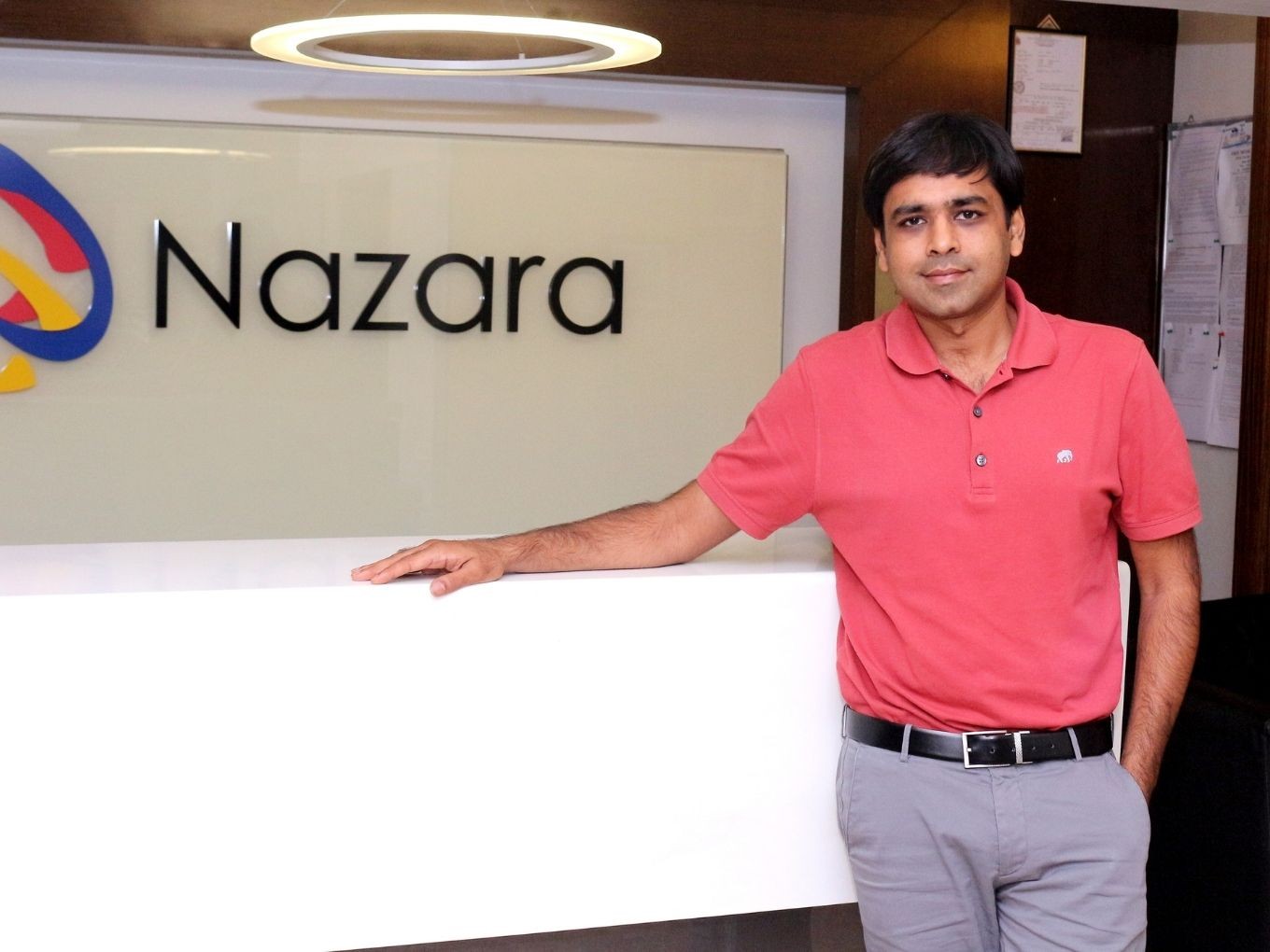 Nazara announced IPO plans in 2017, and now three years later, the company is said to be in the process of filing its prospectus

WestBridge Capital invested $3 Mn in 2005 and after a partial exit in 2017, it is now all but exiting the cap table with a minor stake pending

Three years after first announcing its public listing plans in 2017, and 20 years after incorporation, Nazara is finally ready.

The gaming company is fast approaching an IPO in India and media reports expect the company to file its draft red herring prospectus (DRHP) with SEBI soon. Exits are hard to come by in the Indian startup ecosystem, more so, a public listing. This means investors end up waiting for a long period of time to attain liquidity.

In Nazara’s case too, one of the early investors, WestBridge Capital, has been on the company’s cap table since 2005 when it invested $3 Mn. The private equity fund saw a partial exit in 2017, which brought down the investment firm’s 60% stake in Nazara to 21%. Now with the IPO, WestBridge Capital is estimated to dilute its stake from the current 21% to about 3%-4%.

So didn’t the delay in public listing worry WestBridge Capital? For Sandeep Singhal, the investment firm’s founder and MD, there has never been any hurry when it comes to Nazara. And this has a lot to do with the way Nazara founder Nitish Mittersain has stewarded the ship and managed the company’s finances and still achieved growth.

“From our perspective, whatever money Nitish (Mittersain) raised from us, he never really spent it. It always went into the bank, he kept generating profits and the company kept increasing the cash reserves. So this is one of those situations, where we did not have to worry about outside this,” Singhal told Inc42.

Founded two decades ago in 2000 by Mittersain, Nazara has seen the Indian economy go through waves of peaks and troughs — from the grave impact of the dotcom crash of 2003-2004 and this has integrated risk mitigation in the company’s DNA.

“Because of my own experience with the dotcom crash, I have become very averse to losses and taking any kind of risk or debt, etc. Early on, we decided that we need to become a profitable company with real cash flows and not chase any vanity metrics. Therefore even after WestBridge funds came in, we were not really shaken out of that core DNA,” Nazara’s founder and MD told us.

Even after WestBridge Capital’s investment came in, the company was not really shaken out of that core DNA and continued to conserve cash. This helped extend the runway when the gaming industry had not really taken off in India. Mittersain recalls that while many other competing companies raised more cash than Nazara and burnt it in chasing vanity metrics. The company was able to sustain $3Mn for a long time and turned profitable in 2008.

“If we were not careful, we could have easily burnt it before the market was ready to monetize and our survival would have been a challenge,” Mittersain added. However, he was also quick to point out that the times have changed today and the venture capital market in India has evolved much more than before.

The Quest For A Gaming Ecosystem

Something changed in 2018 when Nazara turned its focus on creating a gaming ecosystem rather than just one company. It has since acquired a range of gaming companies with the vision to build the “Friends of Nazara” ecosystem. These include names like HalaPlay, Nodwin, Next Wave Multimedia, Hash Cube, Mastermind Sports, Moonglabs Technologies, Bakbuck, CrimzonCode, InstaSportz, NZWorld, HalaPlay, SportsKeeda, and Paper Boat Apps.

“Since 2018, we have invested time in really growing the business through multiple acquisitions and expanding our platform portfolio. It has taken us 2-3 years to really create that but today, we feel we have a much stronger platform. We are at a point where we see a lot of those actions translate into results,” said Mittersain.

When Nazara started acquiring several companies, they were still gauging on how to impact the performance of these companies positively and how to manage them after the acquisition. Mittersain acknowledged the many cautionary tales of M&As in the industry, due to culture clashes and other soft conflicts — so the company wanted to devote two-three years in testing this strategy and integrating these acquisitions organically.

And now in 2020, the company is feeling confident of the acquisition strategy and would continue to grow with wide-open eyes for any new acquisition opportunity that could prove important for the growth of Nazara’s ecosystem.

Diversification has been a key component for the profitable growth of Nazara, as it enabled the company to sustain for a very long time in the Indian market which has only recently woken up to its online gaming potential. But how does one choose the growth sectors in a yet nascent industry?

“What we’ve been careful about is not to get carried away by businesses that may look very exciting in terms of the future, but may not have a near-term business model,” said Mittersain. For example, virtual reality looks very exciting but it’s still two years away from achieving large scale revenues. Nazara lives by the philosophy of being at the edge, but not at the cutting edge. Because one will have to bleed a lot at the cutting edge.

“What Nitish does really well is to manage risk right. There were so many innings of the telecom industry in India that could have affected gaming companies. But he made sure that he wasn’t ahead of himself —  not too long forward, diversified revenues outside India and sort of thought about all the risk management issues,” Singhal added.

What 15 Years Of Investor-Investee Relationship Means

Fifteen years ago, when WestBridge Capital invested in Nazara, gaming in India was a resort of the privileged. Mobile phones were not powerful enough to function as gaming consoles and broadband was either reserved only for the affluent classes or was woefully inadequate to sustain gaming online. While the hope was always there that things would change and India would catch up with the West, It was a hazy future for both Nazara and gaming, to put it mildly.

“Our investment was practically mostly around Nitish and what he thought of the future opportunity. Because he looks young now but he was really young at that point in time. We placed our bet on how he thought of gaming becoming a big thing for a lot of young Indians over time,” said WestBridge’s Singhal.

On the other hand, for Mittersain, the WestBridge investment came as a validation that the company could be successful in the future. He believes the WestBridge investment was the first milestone for the company.  To WestBridge’s credit, Mittersain noted that the fund introduced Nazara to E&Y and guided that corporate governance is very important for a company. This lesson for a young Mittersain proved to be extremely valuable in the startup’s journey to an IPO.

“In the initial 3-4 years, we were still trying to figure out how to make money. We were trying to do a lot of things, but there was a lot of patience from WestBridge. Sometimes, when there is a lack of patience, it can affect a young entrepreneur. But it was never the case with WestBridge,” the founder recalled.

Now in 2020, Mittersain feels that while the opportunity has grown immensely since 2005 when things seemed murky, the gaming industry and Nazara are just getting started. “I think there’s a lot of synergies now that we can exploit. The next few years will be as exciting as the last two years.”