Myntra To Shut Web Platform On May 1, Will Mobile Only Approach Work For Ecommerce Players?

Myntra To Shut Web Platform On May 1, Will Mobile Only Approach Work For Ecommerce Players? 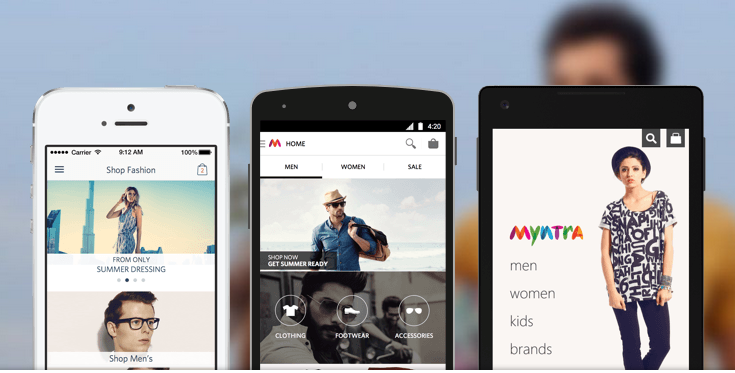 With more than 90% of its traffic and 70% of sales coming from through its Mobile app, moving ahead on its way to become a mobile-app-based retailer, Myntra is planning to shut down its web platform on May 1, according to the sources close to the development. Myntra had launched its mobile app in May last year, and has seen an exponential rise in shoppers using its apps on all the platforms be it Android, iOS or Windows.

As per research reports, India ranks 2nd in consumers accessing the internet for online shopping through mobile devices. With over 150 Mn smartphone users in 2014 penetration of mobile phones is expected to reach 45% with 520 Mn users by 2020. Myntra will be first ecommerce company moving completely towards mobile-only platform.

According to a TOI report, there is a 360-degree advertising and marketing campaign being planned by Myntra for announcing its app-only presence, which is expected to be unveiled in the coming weeks.

Earlier in February, it was reported that Myntra’s web portal may cease to exist, once its Mobile traffic reaches 90% of the total sales. The company had reached this annual target of generating 90% of its customer traffic through the mobile platform in March, this year. The company also said that its 50% of the mobile traffic comes from Tier II & III cities.

Previously, Mukesh Bansal had said that they making Myntra is 100% focused on mobile and will be making all the investments on the mobile platform going forward.

Flipkart draws 70% of the total traffic through mobile, Snapdeal accounts for 65% whereas Shopclues draws 40% and Paytm claims 33% of all the orders are received through mobile phones.

The facts show that mcommerce undoubtedly will be major driver for ecommerce sales. What do you think, going forward, will mobile only approach work for ecommerce players in India?