Walmart India announced a change in its management 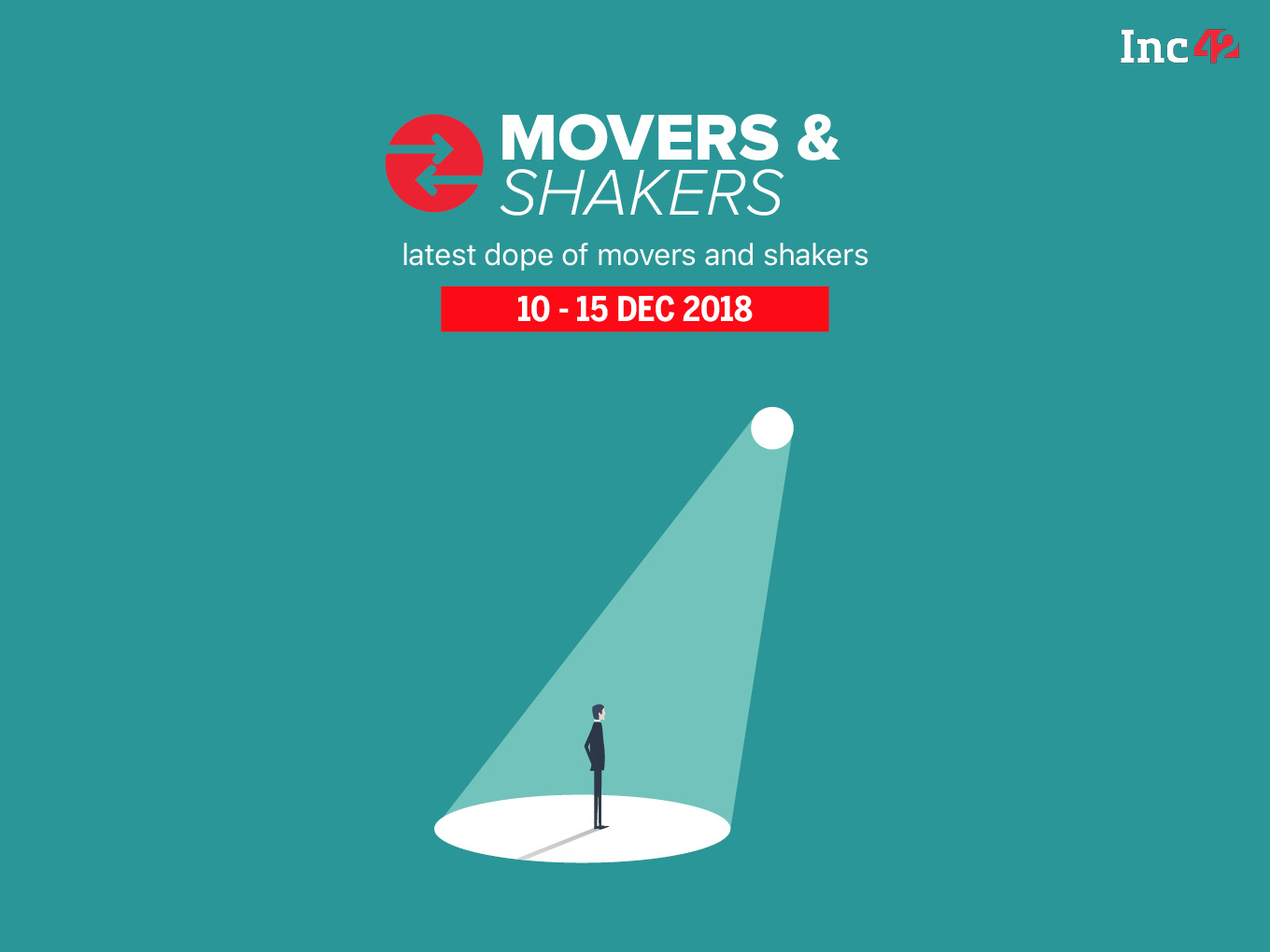 After the exit of both cofounders of India’s most valued unicorn Flipkart, the Indian startup ecosystem witnessed restructuring in another unicorn this week. The founders of Bengaluru-based cab sharing platform Ola, Bhavish Aggarwal and Ankit Bhati, have decided to divide responsibilities among themselves to manage Ola’s massive planned expansion in 2019.

While at Flipkart, with founders out and fashion subsidiaries, Myntra-Jabong merged, Sriram Venkataraman has been appointed as the chief operating officer (COO) at Flipkart. He will take this position in addition to his existing role of chief financial officer (CFO). At his new position, Venkataraman will be responsible for leading the company’s logistics vertical Ekart, the marketplace, and the retail vertical.

Well, a lot more happened this week in the Indian startup ecosystem. Here’s a look at the major movers and shakers.

Flipkart parent and US retailer Walmart’s wholesale subsidiary, Walmart India has announced a change in its management. It has appointed Sameer Aggarwal as its chief business officer (CBO).

Aggarwal who has been working with Walmart India since April 2018 as the chief strategy and administrative officer while now be responsible for leading the strategy, merchandising, cost analytics,  ecommerce, technology, marketing and replenishment under his new role.

It has also hired Anuj Singh as its head for category merchandising. Singh who has over 23 years of experience in leading consumer goods will be reporting to Sameer Aggarwal.

While at the same time, Devendra Chawla, EVP and chief operating officer – merchandising, marketing, and ecommerce has resigned from his role.

Swati Shetty, Netflix’s director for international originals and acquisitions, has reportedly stepped down from the company. Shetty was one of Netflix’s earliest hires in India.

She had joined the company in August 2016 and was based in Los Angeles. During her tenure, Netflix expanded its slate of original films including titles like Love Per Square Foot, Lust Stories and more recently Rajma Chawal.

Netflix has also commissioned around 12 original series in India, of which two of them, Sacred Games and Ghoul, have been released so far and the third one, Selection Day, is set to debut later this month. Netflix is reportedly planning to double its employee headcount in the country in the next six months.

HomeLane Gets New Head Of Engineering

Puneet has 11 patents to his credit. He comes with close to 18 years of experience in scalable software architecture, product management and high-tech engineering. In his previous roles, he had worked with organisations such as Ittiam, Texas Instruments, Centre for Automation Research and HRL Laboratories.

He has secured his MS from University of Maryland – College Park (USA) and BTech from IIT Delhi.

Mahesh was the chief technology officer for One Championship and Scoop Whoop in his earlier assignments. His previous stints included brands such as Intel, Siemens, Marvell and Lucent Technologies, and he has extensive experience in leading the technology team at Touchfone technology.

Stay tuned for the next week edition of Movers and Shakers of the Indian startup ecosystem!