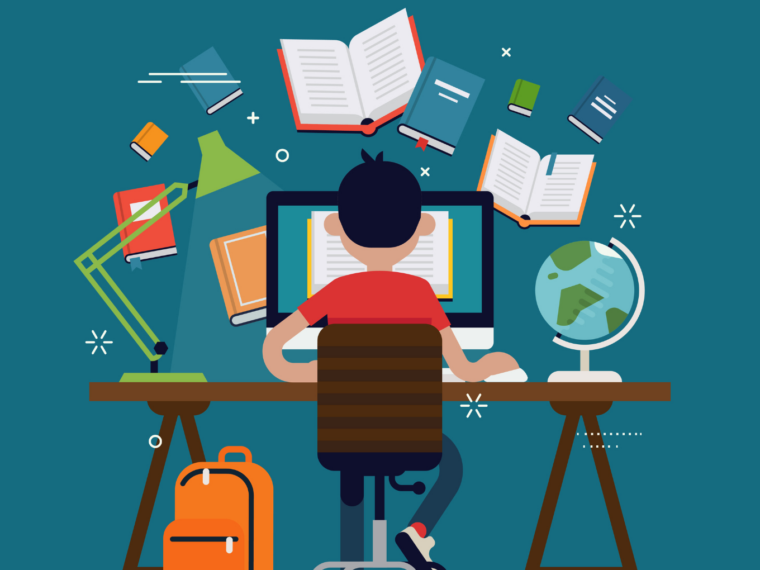 Ineffectiveness of teaching staff, inadequate tech infrastructure and poor refund policies are some of the major problems being faced with edtech platforms

A majority of Indian citizens want the Centre to regulate the edtech sector so that the industry players are kept in check and consumer grievances are addressed, a survey has said.

More than half of the respondents in the survey (66%) said they want the Centre to frame a code of conduct for startups that are working in the edtech space, while 30% sought a voluntary code of conduct or regulation, as per the survey conducted by LocalCircles.

The community social media platform said it received more than 27,000 responses from citizens residing in 323 districts of India. While 62% of respondents were men, 38% respondents were women.

Nearly 50% respondents raised concerns about the teaching staff’s effectiveness in the survey, while 37% were concerned about infrastructure. The remaining 29% respondents were dissatisfied with refund policies of the edtech platforms. The survey also said that many parents want the Centre to intervene and ensure that edtech platforms selling subscriptions and online packages disclose their refund policies to customers as well as update those policies on their respective websites too. 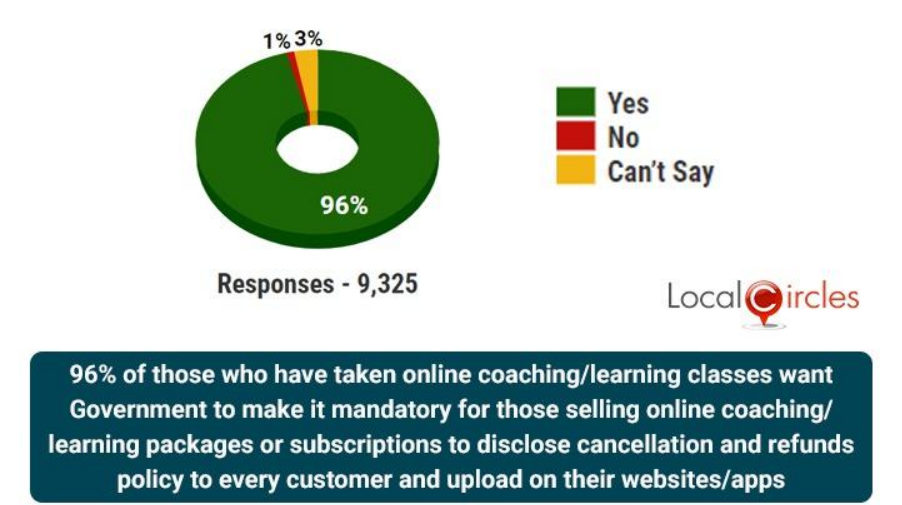 The survey comes after a period of strong growth for edtech platforms in the country. The Indian edtech sector got a huge boost during the COVID pandemic when schools, colleges and coaching centres were closed.

According to an Inc42 report, the Indian edtech sector is anticipated to reach a market size of $10.4 Bn by 2025.

However, as the impact of the pandemic is declining, along with the reopening of schools and colleges, the edtech players are grappling to get customers’ attention. Owing to this, edtech giants Unacademy and BYJU’S have also ventured into the offline market by introducing offline experience centres for students.

Earlier in June, Udayy announced that it shut its operations in April and would be returning about $8.5 Mn to its investors. Besides, many of the edtech startups have also laid off employees. While Unacademy and WhiteHatJr sacked 1,000 employees in total, Vedantu and LIDO terminated 424 and 150 employees, respectively.

Despite this, India’s 101st unicorn turned out to be an edtech platform. PhysicsWallah on Tuesday raised $100 Mn in its Series A funding round from Westbridge and GSV Ventures at a post-money valuation of $1.1 Bn.