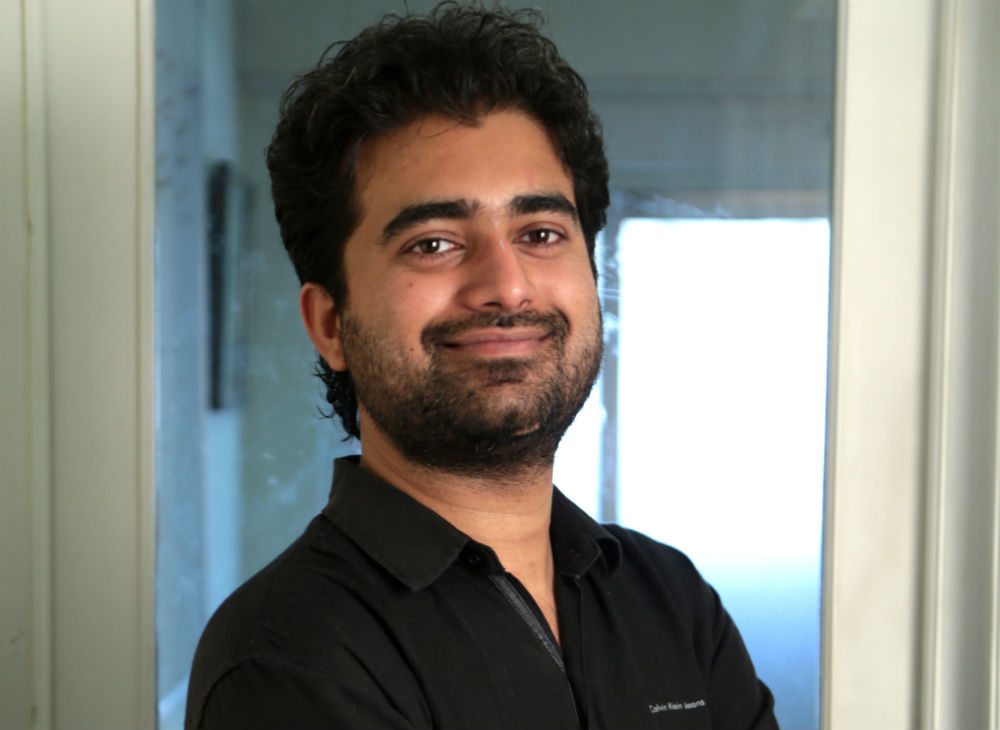 Quashing rumours about a possible shutdown, Aditya Rao, CEO of Bangalore based home services startup LocalOye admitted that though the company is not in a good shape, but is still dedicated to growth. In an email to Inc42, Aditya clarified his stance about shutdown rumors as follows:

“No we are NOT shutting down. Yes, we are not in the best of situations, but the team is fully dedicated and we continue to build and grow 🙂 We will soon announce our release of opening up of our APIs for any kind of service integration (context of B2B alliances below)

As per our previous announcement, we are in a restructuring phase. We continue to focus on automation, monetization and are now working on increasing our overall leads through our B2B alliances, instead of direct customer acquisition. We will share more details once our restructuring process is over.”

The Tiger Global backed startup which had undergone a restructuring round last November, firing close to 60 employees, admitted that things were in bad shape and that it would come out with an official statement on the restructuring after two weeks once the process is over. However it also made clear that  it is focusing heavily on automation and monetization and finalising some big B2B alliances which should help it drive a lot of organic growth.

Aditya also responded to some journalists picking up on anonymous Quora posts about the work culture of LocalOye which according to some was “work hard, party harder”, drinking sessions in office, poker nights, the hangover nights, the T-shirt tearing nights, with the founders and management blowing up investor money. 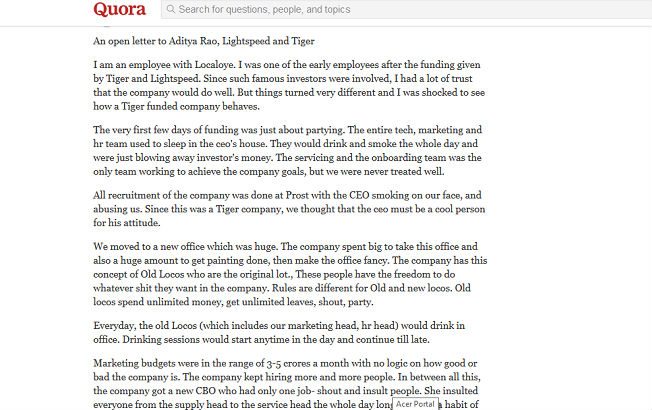 In a tweet storm, he took a dig at detractors who criticised the culture picked up on disgruntled Quora posts while conveniently neglecting the ones which spoke about laid off employees being given a three months severance package.

Summary > 1. We are NOT shutting down. And anonymous social media posts is a bad way for you to evaluate something.

Please don’t be that person who believes anonymous posts on quora and screenshot journalism, instead of making your own informed decision.

If you do, then it’s still better to look at the entire thing. Here is the post in question > https://t.co/lgHxGiLbiP

In a candid series of tweets, Aditya clarified that the startup has been making mistakes  as far as hiring, product, and finance are concerned but it has at it for 2.5 years and will continue to do so.

We have been at it for 2.5 years now, and all of us have survived on no money and lots of hard work. That continues.

He also hinted at the future staying LocalOye will soon be net positive but at a lower scale, which clearly hints at the current restructuring being a major one.

We are still building and growing things. We have always been gross margin +ve, and will soon be net +ve too. But yes, at a lower scale.

Taking a dig at those who criticised the ‘work hard, party harder culture’ on Quora anonymously, Aditya made clear that the fun factor is not something that entrepreneurs should let go.

And lastly, we will NOT stop partying hard. if you can not have fun after working for 14 hours, then entrepreneurshiT is not worth it ?

He also tweeted about the fact that some media sites conveniently picked up on the negative Quora posts, omitting the ones which spoke about three months severance package of shunted employees.

Summary > 2. If somebody was affected by lay offs, he/she was given 3 months of salary. We have and always will take care of people.

Summary > 2. If somebody was affected by lay offs, he/she was given 3 months of salary. We have and always will take care of people.

LocalOye’s restructuring brings back to memory the layoff cycle which many Indian startups like Zomato, Housing, Frankly.me, Helpchat, TinyOwl, GrabHouse, and others went through last year. This year also witnessed scaling down of Peppertap and Grofers, layoffs at Hiree, and shutdown of Frankly.me among others.

If 2015 was a year of funding, 2016 could well be year of restraint and consolidation. Upheavals in the startup ecosystem will be a regular feature this year as startups tune business models, learn to subsist on lesser VC money, evaluate scaling vs sustainability, and fine tune operations, visions, and teams. Sectors like food-tech, hyper-local, home services, remain vulnerable given the low margins and the fact that startups are still figuring out a robust business model in these spaces.

However what will help soften the blow is better severance procedures for laid off employees and complete honesty on the part of founders to clarify the smog around restructuring, accept failure, and taking a hard look at their business models. Aditya’s tweet in this regard sums up aptly the dilemma faced by startups-

These are tough times for lot of startups. And hopefully many would graduate from being a startup to a company. And that’s what we are doing

It remains to be seen in the coming weeks if LocalOye would be able to pull itself out from the glut of problems it has landed itself into since the last 2.5 years. While it clarified to Inc42 that it is looking positively to close some B2B alliances in the coming weeks to put itself up, the restructuring is still a big question mark on its survival and poses the effervescent question-will it make it this time or won’t it?