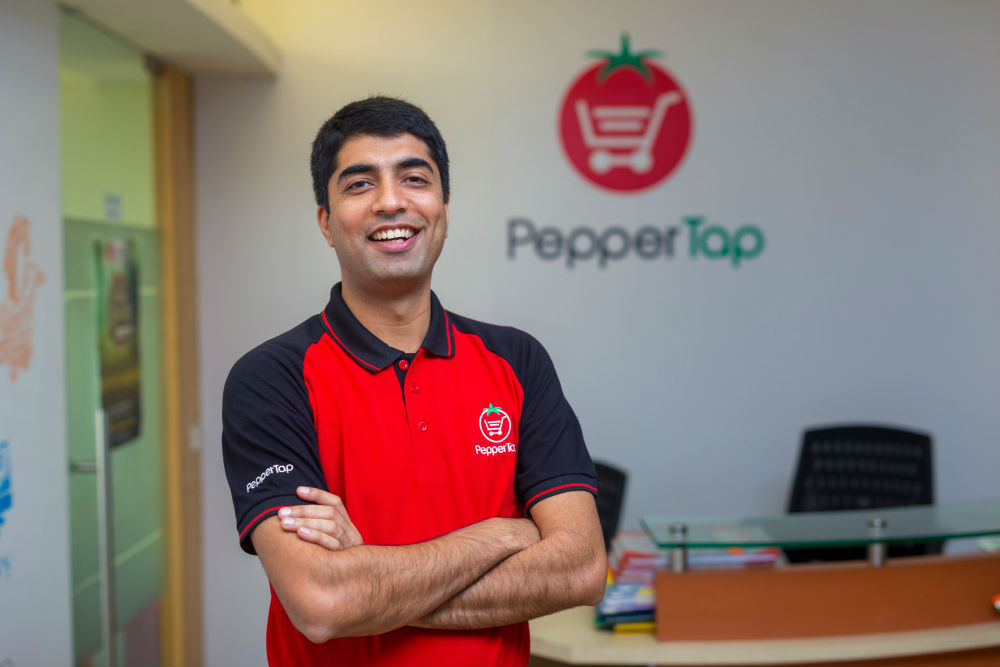 According to the company, it will now shut down business in larger cities such as Ahmedabad, Chandigarh, Mumbai, Kolkata, Chennai and Jaipur.  The startup had 50 full-time employees and about 400 delivery personnel on a contractual basis in these cities. The company will, however, continue to operate in Delhi, Gurgaon, Hyderabad, Pune, Noida, Bangalore, Ghaziabad and Faridabad.

Earlier in September 2015, PepperTap had rolled back operations in Agra and Meerut due to non-acceptance of the concept in the markets.

Navneet Singh, co-founder and chief executive of PepperTap said, “Even though PepperTap has been able to establish itself as a leading hyperlocal grocery delivery service, given the short to mid-term investment climate outlook, we have decided to focus on depth rather than breadth. We are digging our heels in for the long term. We will focus on building a stellar customer experience by providing additional categories and services that differentiate us from our competition in cities where we continue to operate in. This will help PepperTap conserve capital it raised in the last three to six months and will give a runway of about two more years.”

Started in 2014, PepperTap offers over 5000 unique products across categories including grocery & staples, fruits & vegetables and household goods. It claims to be delivering over 7,000-8,000 orders a day. Its’ parent firm Nuvo Logistics Pvt. Ltd, which also runs a reverse logistics business, posted a profit of INR.87 lakh on revenue of INR 19.5 Cr in 2014-15.

December 2015: PepperTap raised additional $4 Mn from Innoven Capital and closed its Series B round of funding. It also acquired Bangalore-based Jiffstore to better their product offerings and boost customer experience.

September 2015: It raised $36 Mn from Snapdeal, Sequoia India, SAIF Partners, along with participation from investors like Ru-net, JAFCO and BeeNext.

April 2015:  It received $10 Mn in Series A funding from SAIF Partners and Sequoia Capital

During the funds raised in September, Singh said that the company increase its team with more than 5000 staff to support its operations and expand its presence to 75 cities across India by the end of 2015. However, due to increasing pressure on startups to conserve capital amid a slowdown in funding many of them are winding up their services in various cities.

The year 2015 was beneficial for the hyperlocal delivery ventures. Players in this domain like Zopper raised $20Mn in series B round funding from Tiger Global and Nirvana, Shadowfax raised $8.5 Mn in its Series A round of funding led by Fidelity’s proprietary investment firm Eight Roads Ventures and ZopNow raised $10 Mn from San Francisco-based Dragoneer Investment Group, along with its existing investors, which valued the company at over $50 Mn. However, the year 2016 seems to bring cash crunch for this space. In January 2016, Grofers announced a shutdown of its operations in 9 cities. Shadowfax too has restricted its operations to only three cities for now as it is currently focusing on generating cash flows and achieving operational efficiency.