Jio Gets Clean Chit From US Over Huawei, But Is China The Only Surveillance State?

Jio Gets Clean Chit From US Over Huawei, But Is China The Only Surveillance State?

Amping up its trade war against China, the US has praised Jio as being a ‘clean telco’ for not working with Huawei

Under Indian law, Reliance Jio has to comply with law enforcement and authorities in any data requests 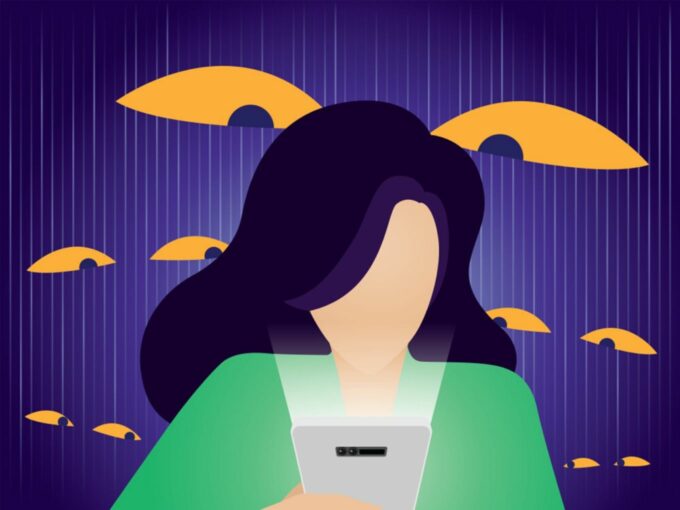 While India‘s 4G cellular network is among the slowest in the world, it has won accolades for just how affordable it is. Mukesh Ambani’s Reliance Jio has often been called the flagbearer for the 4G revolution and now Jio has also earned a ‘clean telco’ label from the US.

Given that Jio has not worked with China-based Huawei for its 4G network or 5G plans, US secretary of state Mike Pompeo listed Reliance Jio among the world’s “Clean Telcos”. Firing a fresh salvo in the US-China trade war at a time when anti-China sentiment is at its peak in India, Pompeo also applauded Canadian, British and French telcos for not using Huawei.

The tide is turning toward trusted 5G vendors and away from Huawei. The world’s leading telecom companies—Telefonica, Orange, Jio, Telstra, and many more—are becoming “Clean Telcos.” They are rejecting doing business with tools of the CCP surveillance state, like Huawei.

Further, he referred to Huawei as the Chinese Communist Party infrastructure for sharing global user data with the Chinese government. Only last year, US President Donald Trump had called Huawei a big concern for the US military and intelligence agencies, while other countries such as Australia, which is part of the Five Eyes surveillance programme with the US, have also ditched Huawei.

The Trump administration had alleged that CCP and China’s People’s Liberation Army had control over the telecommunication infrastructure in China and could intercept data from individuals, corporations and the government.  Trump also elaborated that Chinese integration into Western projects for new critical national cyberinfrastructure would give China the upper hand in any potential cyberwar.

While there is no debate about the extreme surveillance infrastructure in China and the control of the state over the corporations, China is not the only surveillance state and just because companies do not work with Huawei does not mean they are not part of the surveillance network of other countries and states.

For one, India itself does not have a clean slate when it comes to mass surveillance with institutions such as the central monitoring system which was launched in 2013 as a centralised repository of all digital communication.

Earlier in May 2018, investigative news agency Cobrapost highlighted that Indian government had asked Paytm to share the personal data of users in a geopolitically sensitive region of Kashmir. Paytm’s vice president, Ajay Shekhar Sharma, allegedly said in a sting operation that the company shared the said details with the prime minister’s office. Though Paytm had later denied the statement

COAI, which represents all telcos including Reliance Jio, had written to DoT secretary Anshu Prakash and complained about the due process not being followed. Beyond this, under Indian law, Reliance Jio has to comply with law enforcement and authorities in any data requests. As reported by the Indian Express during the COAI episode, “under Clause No. 39.20 of the licence agreement that the DoT has with the operators, the latter have to preserve records including CDRs and IP detail records (IPDR), for at least one year for scrutiny by the Licensor (which is DoT) for “security reasons,” and the Licensor “may issue directions/instructions from time to time” with respect to these records.”

Moreover, much like China, India is said to be planning a National Social Registry linked to Aadhaar ID, and aggregating data from various government databases such as home, employment as well as marriage records. According to a report by Huffington Post in March 2020, the government could track life events such as marriage registrations, address changes, job changes among other details through such a registry.

Under the social registry, all data linked to Indian citizens and collected by the government will be accessible through a single window, with the primary objective of enhancing the efficiency of welfare schemes operated by the centre. However, privacy experts are concerned about the idea of creating a master database to collect all the information in a single place to easily track any updates in the lives of over 1.2 Bn Indians.

Even under the proposed guidelines for the data protection bill, the Indian government has exempted itself and law enforcement authorities from requiring user consent to access non personal or personal data. Such wanton access to user data is similar to how China operates.

A History Of Surveillance in the US

And even though the US has labelled China a surveillance state, its own intelligence agencies have been accused of doing the same thing in the past multiple times. In 2013, when Edward Snowden released his cache of documents pertaining to the spying and surveillance infrastructure controlled by the National Security Agency, USA’s national-level intelligence agency, it mentioned Upstream and PRISM.

Most of the focus was on PRISM because it pertained to the involvement of most major tech companies, but Upstream was clearly the more nefarious surveillance method since it didn’t discriminate in its surveillance.Upstream included streams of data collected from undersea cable base stations among other nodes of networking infrastructure. India copied it with the Central Monitoring System, but the USA is pointing fingers at Huawei for allegedly doing the same, and also says it has evidence to prove it.

Similarly, the British counterpart of the NSA, called the GCHQ, was also secretly gathering intelligence from the same internet companies through an operation set up by the NSA. Recently, the US Department of Homeland Security deployed helicopters, airplanes and drones over 15 cities to run surveillance on the mass #BlackLivesMatter protests around the US after the killing of George Floyd — something which was also seen in India in Chennai and Delhi during the anti-citizenship amendment act protests. The department reportedly gathered 270 hours of surveillance footage.