Jammu & Kashmir Has Huge Potential For Startups In Every Sector: Jitendra Singh 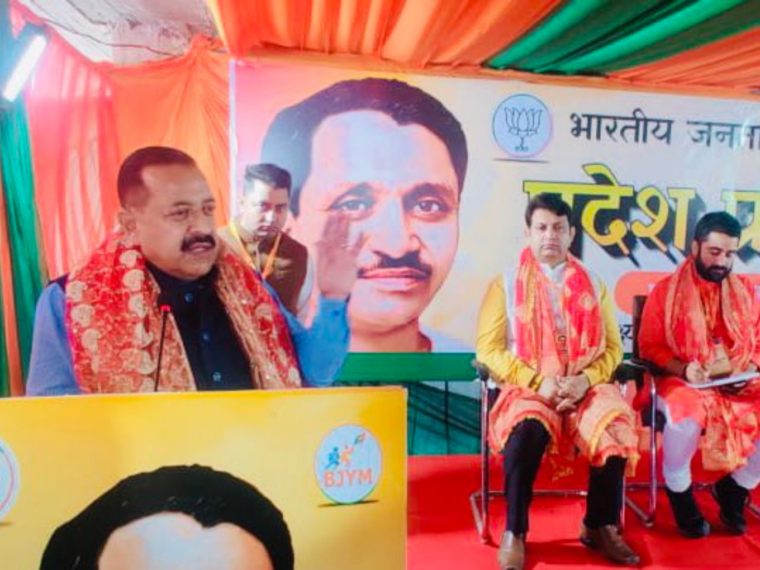 The progress of startup ecosystem will determine India’s future economy, including that of J&K, and will act as a key pillar for the world economy as well, Singh said

The startup culture in J&K is now evolving with women building their startups in every sector, Singh said

There is a huge potential for startups in all sectors in Jammu & Kashmir and youngsters should look at taking up the opportunities in the unexplored startup avenues, Union Minister of State For Science and Technology Jitendra Singh said on Sunday (June 19).

Addressing a youth and a women convention at Jammu, Singh said that the ‘StartUp India StandUp India’ initiative, which Prime Minister Narendra Modi announced in 2015, has helped in increasing the number of startups in India to 70,000 from nearly 300-400.

“This progress must be cherished by the youth of J&K who want to have a career in different startups. It shows that the startup ecosystem is going to determine India’s future economy, including that of J&K, and will act as a key pillar for the world economy as well,” the minister added.

Enumerating the Centre’s initiatives for uplifting J&K’s youth, the minister said that the government has set up a space department in the Central University of Jammu (CUJ), an industrial biotech park in Kathua, seed processing plants at Kathua, bamboo clusters in Jammu, and promoted Lavender Festival and dairy farming, among others, to provide employment opportunities to J&K’s youth through startups, research and self-help groups.

Talking about women’s participation in the startup ecosystem, the minister said that the startup culture in J&K is now evolving with women building their startups in every sector. Calling this a positive development, he said it will enthuse others towards startups.

Earlier in June, Singh said that Indian startups would determine the future economy of the country as well as the world. Additionally, he requested Indian corporates to join this movement and become equal stakeholders in the startup ecosystem.

Amidst the push by the Centre and state governments, the number of startups in the country have been increasing exponentially. The startup ecosystem saw a funding boom in 2021 and the country produced 42 unicorns during the year.

Earlier this month, India also got its 102nd unicorn, with beauty ecommerce marketplace Purplle securing $33 Mn in its Series E funding round at a valuation of $1.1 Bn.

However, the startups have seen a decline in funding in 2022 amid the Russia-Ukraine war, fears of impending recession, rising inflation and tightening monetary policies. There have been whispers of funding winter in the startup ecosystem.