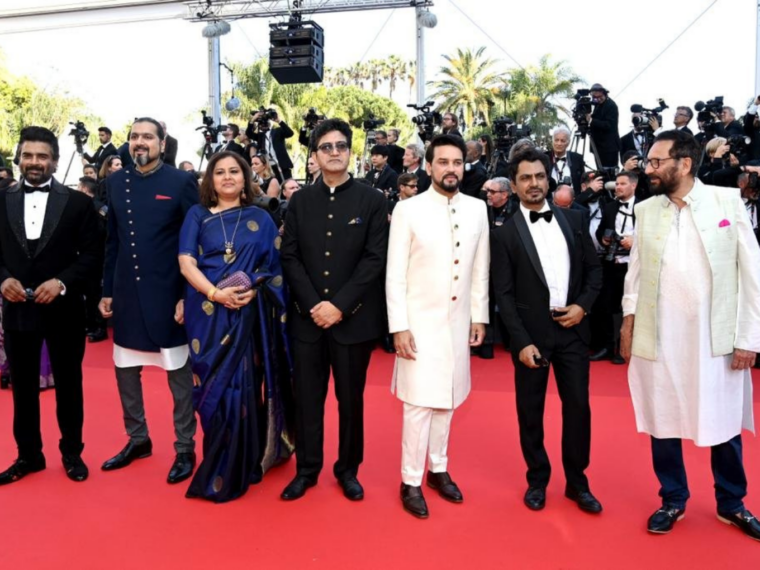 Startups from the media and entertainment sector will showcase their technological prowess and pitch to the best from the world of AVGC industry, Thakur said

India’s over-the-top (OTT) market is set to grow at 21% annually to be valued at about $2 Bn by 2024, Information and Broadcasting Minister Anurag Thakur said.

Speaking at the ‘India Forum’ in Cannes, Thakur said on Thursday, “We are poised to take another leap as 300 Mn (30 Cr) citizens are set to connect online as India marches ahead in cementing its space in the media and entertainment sector.”

Startups from the media and entertainment sector will showcase their technological prowess and pitch to the best from the world of animation, visual effects, gaming and comics (AVGC) industry, he further added.

The central government has envisioned initiatives over the last eight years to boost coproductions, film shoots and film facilitations in India, states like Uttar Pradesh and Madhya Pradesh have formulated their own film facilitation policies and provided production opportunities, he said.

These efforts aimed at boosting India’s media and entertainment ecosystem, which is expected to generate $53 Bn annually by 2025, Thakur said.

“The Government of India officially designated audiovisual services as one of 12 ‘champion service sectors’ and set up an AVGC task force, comprising industry leaders to prepare a policy roadmap for India to take a quantum leap in this sector,” he said.

Finance Minister Nirmala Sitharaman, while presenting the Union Budget 2022 for the financial year 2022-23, announced that in partnership with the AICTE, an AVGC task force will be set up to recommend ways to upskill and employ youth in the animation industry.

Meanwhile, the OTT sector is getting a big push from both the central as well as state governments in the country.

Just a day ago, the Kerala government announced that it would launch a state-owned OTT platform, ‘CSpace’, on November 1. The platform will have movies, short films and documentaries.

CSpace is an initiative of Kerala State Film Development Corporation, the first public sector corporation for film development in India, on behalf of the state government.

The segment is also gaining a lot of attraction because movies directly get released on the platforms. Many Bollywood stars have announced plans to come up with their own OTT platforms such as Shah Rukh Khan, Shreyas Talpade and Anushka Sharma.

Film director and producer Aditya Chopra is planning to come with his own OTT venture to be called YRF Entertainment. He would invest INR 500 Cr on this venture.

Producer Ekta Kapoor’s OTT venture ALTBalaji is already in the business since 2017.

Meanwhile, the OTT video streaming market in the country may record a compounded annual growth rate (CAGR) of more than 20% to touch $13 Bn–$15 Bn over the next decade, according to a report by Deloitte in its ‘TMT Predictions 2022’ released two months ago.

In India, Disney+ Hotstar leads as the OTT provider with 29% share, while Jio TV ranks second with 23% and Amazon Prime Video is at the third place, according to a report by Statista.