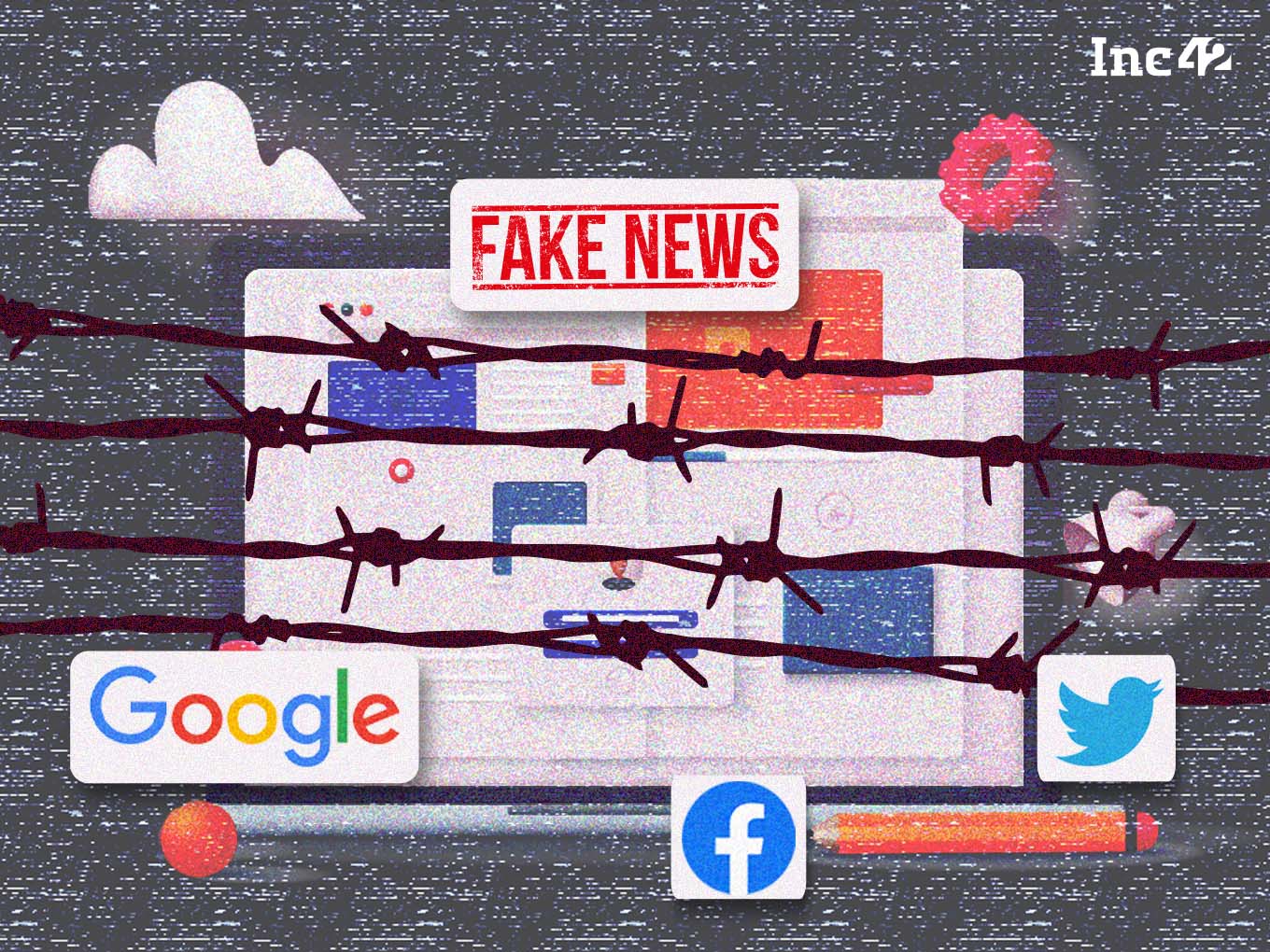 In a virtual meeting, Centre pulled up the tech giants for not proactively removing “fake news” on their platforms

Even though no headway was made during the course of the virtual meeting, no ultimatum was issued to the tech giants

The sabre-rattling between the Union Government and social media platforms continues to unfold.

Centre in a virtual meeting with Google, Twitter and Facebook pulled up the tech giants for not proactively removing “fake news” on their platforms, a Reuters report said.

Citing sources the report said that officials from the Ministry of Information and Broadcasting (MIB) strongly criticised the firms and said their inaction on fake news was forcing the government to order content takedowns, which in turn was damaging the country’s public image.

During the meeting, senior tech executives informed the officials that they had put in place safeguards to curb the spread of fake news on their platforms. In retort, the officials singled out Facebook and Twitter for not detecting and removing such content on their own.

The Google executives were also asked to review their internal guidelines for removing fake content automatically.

In response to a query over takedown requests damaging India’s reputation, Google executives reportedly told the officials that the Ministry could avoid making such requests public.

Executives from the search giant further added that the companies could work with the government and act on the alleged fake content, which could be a win-win for both sides.

The suggestion was rejected by officials, who said the takedowns also publicised how the companies weren’t doing enough to tackle fake news on their own.

Even though no headway was made during the course of the virtual meeting, no ultimatum was issued to the tech giants.

This marks a new low in the ties between Centre and U.S-based social media platforms.

The meeting was also attended by home-grown content-sharing platforms – ShareChat and Koo, which has millions of users in the country.

This comes barely days after Andhra High Court (HC) rebuked Twitter for failing to act on abusive content against certain HC Judges on its platform. The HC had issued a stern warning to the social media giant asking it to either abide by the Indian law or else move out from the country.

Earlier this month, the MIB also ordered the blocking of 35 Pakistan-based YouTube channels and a slew of other social media platforms for “spreading anti-India fake news.” This had followed similar directions issued by MIB in December to block 20 YouTube channels over similar concerns.

In its latest transparency report, Twitter said that it received a total of 307 complaints between November 26, 2021 to December 25, 2021, a fourfold increase compared to the previous month when it received 76 complaints.

Most of the complaints were related to IP-related infringements at around 119, followed by illegal activities at 104, among others.

In its latest compliance report for January, Meta (formerly Facebook) took action against more than 19.3 Mn pieces of content, primarily for spam (13.8 Mn). It also took action against 2.1 Mn pieces of content that were flagged for violent and graphic content, among others. In addition, WhatsApp, in its compliance report for December, stated that it banned over 2 Mn accounts during the same period in the country.

Microblogging platform, Koo, in its monthly compliance report for January stated that it received complaints against 4,509 posts on the platform. ShareChat’s January compliance report revealed that the content sharing platform received 12 takedown requests from law enforcement authorities. In addition to that, it also received over 5.6 Mn user complaints during the same period.

The social media platforms have been involved in a public war with Indian authorities over the last many years. In May last year, Twitter’s offices were raided by the Delhi Police. Barely days ago, Mumbai Police lodged an FIR against Google CEO, Sundar Pichai, and five other employees of the tech giant in an alleged copyright violation case.

The tug of war between the Indian Government and the American social media giants refuses to die down and it is only expected to get terse over the coming days. But, who will relent, only time will tell.