Indian OTT video streaming platform Hotstar has been busy handling cricket enthusiasts and Game Of Thrones fans this month. And the huge influx of new users during this period is a positive sign for the platform and the industry.

But just like Netflix raised its subscription prices in the US and Canada after achieving the highest market share in those markets, Hotstar has hiked the subscription fees for users in India. The company has now increased its monthly subscription charges for Premium content from INR 199 to INR 299.

This past month has been a huge success for Hotstar. After the launch of the new Indian Premier League (IPL) season on March 23, the company registered a viewership of 267 Mn viewers in the first three weeks. Another roar of viewers came in when the Game of Thrones Season 8 was released this week and Hotstar saw a positive impact from the huge interest in the show. 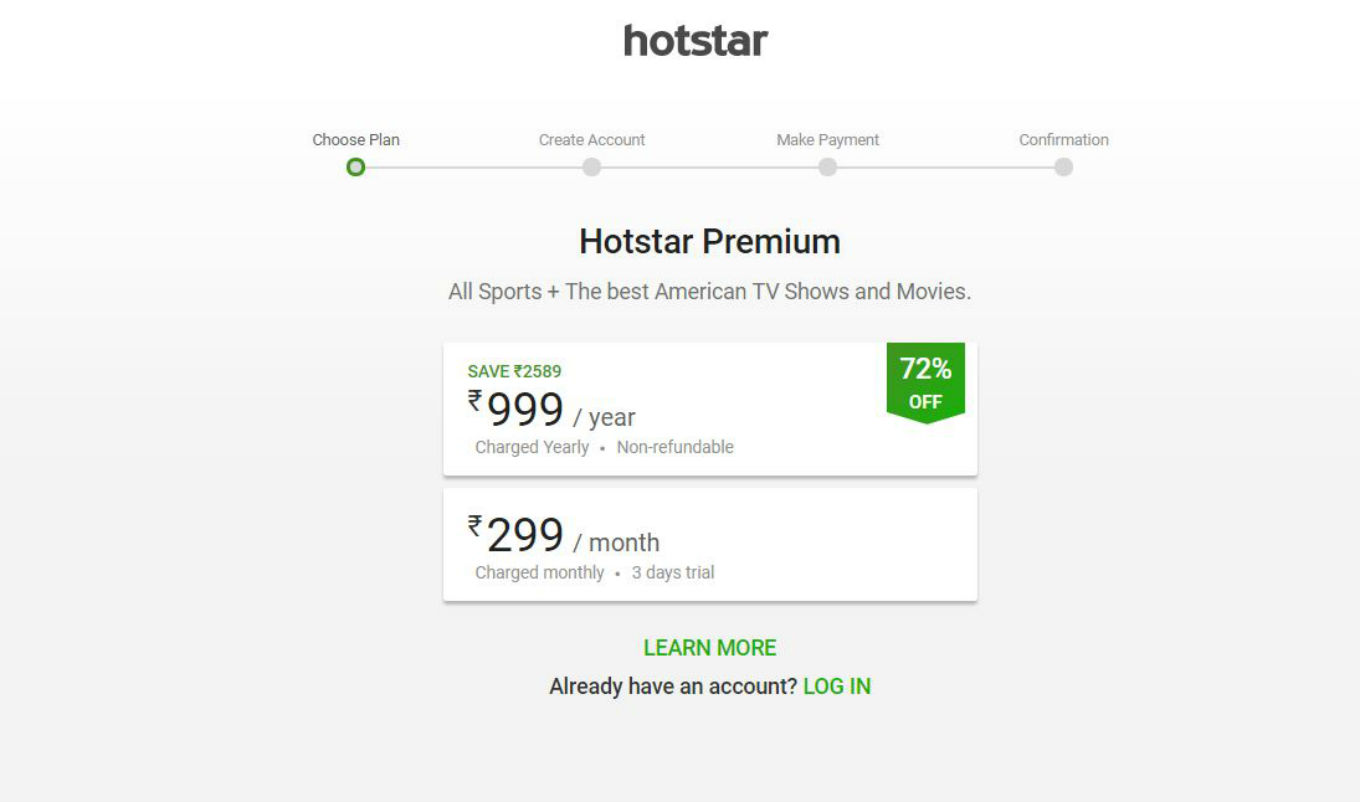 Hotstar had earlier announced that it had crossed 300 Mn users in India, and is already working with many content creation startups to bring more original programming to its platform. Hotstar is also the likely destination for the new Disney+ content, after Disney acquired Star India in its 20th Century Fox deal.

The company is upping its game to take on big international rivals such as Amazon Prime and Netflix, and competition from Indian companies such as Voot, Zee5, Arre, SonyLIV, ALT Balaji, EROS Now and YouTube Originals among others.

Hotstar is not the only player experimenting with new pricing or models. US-based streaming giant Netflix introduced a mobile-only weekly plan to the subscribers at INR 65 per week. At the same time, another streaming player Sony LIV slashed its monthly premium subscription price to Rs 99.

Other players like Zee5 continue to offer heavy discounts, while players like Amazon enables a bundle of offerings for its Premium plan thus, offering additional perks to video streaming users.

Poised to be a market worth $5 Bn by 2023, the Indian OTT segment is embroiled in an ongoing debate around the regulation of the OTT segment with ongoing discussions between TRAI, internet lobbies and associations such as the Internet and Mobile Association of India (IAMAI), the Broadband India Forum, and the Asia Internet Coalition.

As Hotstar tosses with subscription plans, exclusive video partnerships etc, the dominance in the video streaming market continues to be a long shot.

Zomato Looks To Raise $500 Mn To Get IPO Ball Rolling