After Cutting Ties With Zomato, TechEagle Set For Drone Delivery In Ethiopia

After Cutting Ties With Zomato, TechEagle Set For Drone Delivery In Ethiopia

TechEagle has partnered with an Ethiopian ecommerce company Addis Mercato

Zomato was in talks to acquire the startup in December 2018, but the talks fell through 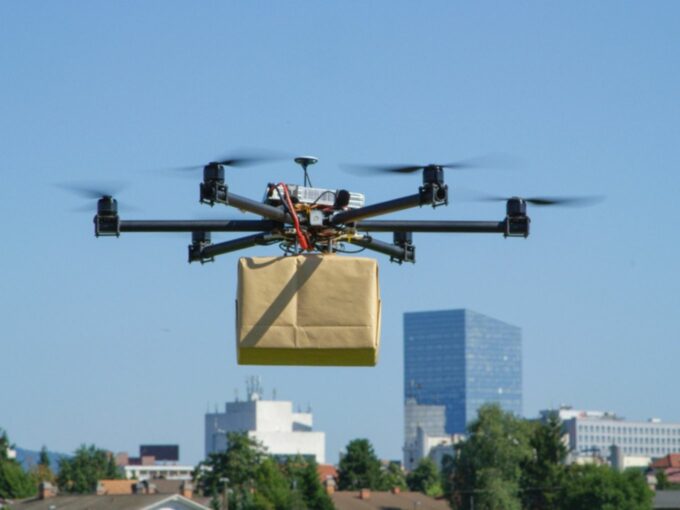 Gurugram-based drone startup TechEagle Innovations will begin drone delivery of healthcare and other essential items in Ethiopia by partnering with an Ethiopian ecommerce company Addis Mercato.

This is the first commercial drone delivery service in Ethiopia. TechEagles is currently underway to seek all necessary regulatory approvals in the country and plans to start these operations in the first quarter of 2021.

Zomato cut ties with TechEagle Innovations, which it had ‘acqui-hired’ in December 2018. The decision had raised questions about the food giant’s drone delivery ambition.

TechEagles, in its statement, noted that the drones are capable of vertical take-off and landing and precision navigation. Besides this, the drones can also detect and avoid, visual identification and smart flight path planning with real-time redundant network connection, and scheduling capabilities.

The company believes that the on-site drone logistics network will enable the delivery of goods four times faster and at half the cost. Besides this, these services will also have a zero-carbon footprint.

“This solution would save human lives with faster delivery response time in emergency situations. While building the ecosystem, we believe in empowering the local youth with skill development, training and by creating new job opportunities,” said Vikram Singh Meena, founder of TechEagle.

TechEagle was founded in 2015 by IIT Kanpur alumni Vikram Singh Meena during his college days. It works with a prime focus on custom-made drones capable of carrying up to 5 kg payloads. Foodtech unicorn Zomato was in talks to acquire the startup in December 2018, but the talks fell through earlier this year.

The development comes after the Ethiopian Civil Aviation Authority has finalised a draft of the country’s first drone policy to ensure the safety and security of flight-related operations. Even India is not far away from getting drone delivery services as well.

In September 2018, the ministry of civil aviation (MoCA) legalised flying commercial drones under the Digital Sky rules. Following this, it released the draft note for Drone Regulations 2.0 in 2019, which had proposed regulations for the operation of drones in public spaces, particularly the ones implemented at a commercial scale.

The directorate general of civil aviation (DGCA) has also allowed a few Indian startups and companies, including Dunzo, have been allowed to conduct drone deliveries as well. Dunzo is conducting drone delivery trials with the help of management consulting firm Alternative Global India (AGI).