Helpchat Fires Over 100 Employees; Pivot Or Lack of Funds? 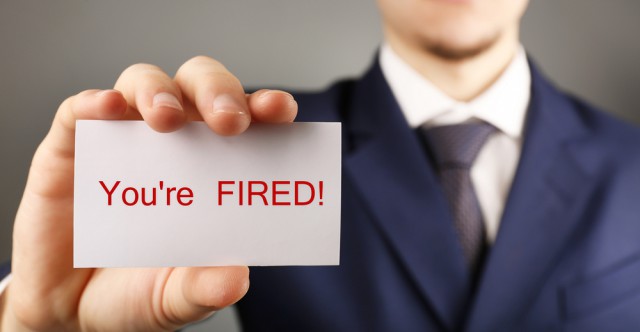 The well known saying – ‘Everything that Glitters is not Gold’, seems to be very telling for the booming Indian startup ecosystem. After the examples of Tinyowl, Housing, Dazo, Foodpanda, Townrush, yet another startup has grabbed eyeballs for laying off employees in the name of automation.

According to our sources, Helpchat that offers a chat-based personal assistant app, has fired over 100 employees. These largely (over 70%) comprise of contracted employees and consultants in brand management, who work from home on monthly-payment basis. However, the startup believes this is not an unusual layoff, but part of the ongoing business transformation.

While the rumors about the firing have been rife for weeks, Helpchat’s founder and CEO, Ankur Singla clarified it in his personal blog, ‘Lest I Forget’. Sharing the reason and justifying the layoffs, he wrote, “As we evolved, there were 2-3 teams from the earlier model (call center, quality etc.) Who we tried hard to scale up and help become relevant within the new reality of the company. We were able to do that for almost half of the people, but that still left some others who couldn’t make the cut.”

In his blog, Ankur claims to have offered placement opportunity and additional month’s pay to the employees. On the other hand, we stumbled upon an open letter, from one of the former employees, Rakesh Nadakuditi, alleging that the layoffs were unfair and took them by surprise. “When you cannot afford people you hired then where is our mistake. It’s your company problem, why they hired so many in first place. Your HR department problem that they didn’t know how many to hire,” wrote Rakesh.

Ankur, over a text message, confirmed to us that around 100 employees were asked to leave. The startup now has over 550 employees. As per Ankur, in the last 6 months, the startup has grown by more than 30X and is working on building a new product roadmap.

“Despite several attempts at bringing accountability among WFH experts, we saw that it was extremely difficult to control their behaviour (attendance, training, response times etc.) and therefore control the experience they give to our customers. but despite a lot of perseverance, the time came to close that experiment. I think such times test the CEO’s ability to do the right thing and take a tough call. ,” he lamented in his blog post.

According to a few employees, the main reason of the firing was shortage of funds in the company. Earlier this year, Sequoia Capital had invested $16 Mn in a Series B round of funding into the startup. It had previously raised $5 Mn in the Series A round of funding and was incubated by Morpheus Accelerator.

The company was founded in 2011 by Ankur by the name of Akosha, and was rebranded as Helpchat earlier this year. Started as an online complaints redressal forum, the startup came into a new avatar this year, acting as a personal assistant app that helps users ask for any service over chat.

Helpchat claims to use automated query-answering tool based on Artificial Intelligence. The queries include many services varying from mobile and utility recharge to getting an appointment or requesting for home delivery services.

It recently opened up its platform for API integrations (technical integrations) for other businesses. Some of the services that have integrated with Helpchat are Ola, OLX, Freshmenu,CommonFloor, RoadRunnr, Limetray, Mast Kalandar, RedBus and MyWash. The company currently has more than 25 businesses in the integration wait list.

Earlier Tinyowl was said to have laid off over 160 employees and Housing was reportedly letting go more than 600 employees over the next few months.