Guess The Company That Ratan Tata Has Just Invested In

Guess The Company That Ratan Tata Has Just Invested In 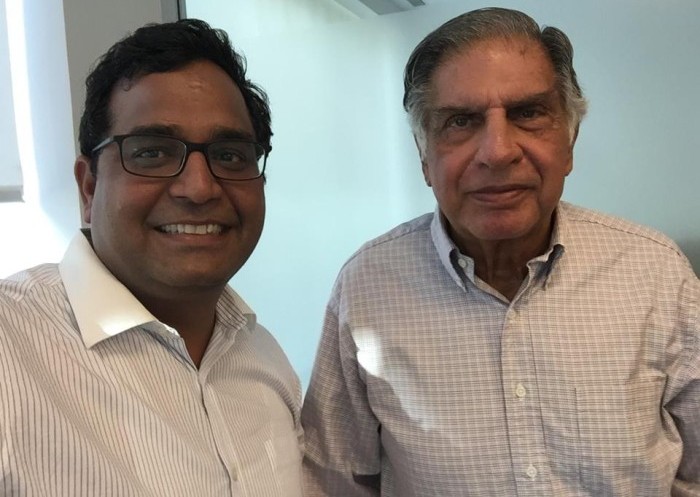 After grabbing the interest of Alibaba, Paytm has now got attention of Ratan Tata, chairman emeritus of Tata Sons, the holding company of the $103 billion-in-revenues, as Tata has made a personal investment in the 4 year old company.

Ratan Tata is picking up a small stake in One97 Communications, the parent company of Paytm, and with this, he will also take on the role of an adviser the company.

This development comes in just a few weeks after Alibaba had brought 25% stake in the company. This will be fifth investment by Ratan Tata in the Indian startup scene, previously he had invested in Snapdeal, CarDekho, UrbanLadder & Bluestone.

Related: 6 Ecommerce Startups That Ratan Tata Should Look To Invest In

“I’m happy that someone like him (Tata) has put his faith and trust in our values and mission. There is no better adviser for Paytm,” said Vijay Shekhar Sharma, founder of Paytm.

As per him, Paytm has done over $1 billion in gross merchandize value (GMV) in just about a year of launch of the Paytm wallet and marketplace. Further, the company is aiming to build 100 million wallets by this year-end; and its currently has 25 million active wallets. “Our average wallet balance is Rs 150 and we do 1 million transactions a day across our app and other merchants like Uber, BookMyShow, besides others,” he said.

Recently, it has also introduced a Immediate Payment Service (IMPS) on its platform which will allow users to use their mobile wallets to transfer money into any bank accounts.

With this, Paytm is also planning to set 30,000 to 50,000 offline retail outlets and add over 10,000 sellers to expand its operations. Last year, the company had also announced its plans to foray in International markets.

Related: A Look At How Indian Ecommerce Marketplaces Stack Up Against One Another

Tata has recently also joined in the boards of Kalaari capital as an advisory.